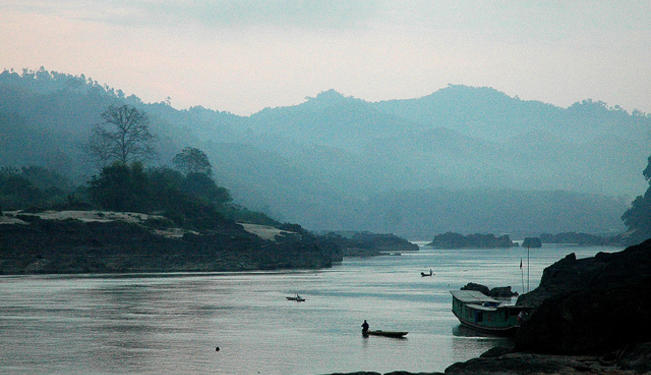 Governments are struggling to decide whether the Mekong River should continue to feed 60 million people or become a source of hydroelectric power.

What started as a debate about a hydroelectric dam has become a high profile dispute over the future of food security in the Mekong region. The controversial Xayaburi Dam in Laos has resulted in increasing political tensions and a crackdown on civil society, culminating in the disappearance of a Lao activist in December.

Over 60 million people living in Cambodia, Laos, Thailand, and Vietnam depend on the Mekong River. It is the world’s largest inland fishery and the second most biodiverse river, behind only the Amazon. The river’s fish are the main source of protein for millions of people. The river also nourishes some of the region’s most productive agricultural fields. Tourists flock to the Mekong River from across the world, contributing to all four countries’ economies.

Now Laos wants to build nine hydropower dams on the river and sell the electricity to neighboring countries. With the help of Thailand, Laos has already started construction on the first project, called the Xayaburi Dam. The problem is that the dams in Laos will cause significant harm to countries downstream. This puts Laos’ neighbors in a difficult situation. Scientists have concluded that if the dams are built, the food security of millions of people in all four countries will be threatened.

The costs of damming the Mekong

The stakes are high. As one of Asia’s poorest countries, Laos sees the dams as an opportunity to earn much needed revenue. For the project developers, the Xayaburi Dam provides a cash windfall. Yet leading scientific studies have found that many of the dams’ costs will be borne by other governments and people living downstream, rather than the dam developers themselves. The dams will block fish migrations, leading to drastic declines in Cambodia’s fisheries industry. They will also reduce the flow of nutrients downstream to rice paddies and agricultural fields in Vietnam’s Mekong Delta. Many of the region’s poorest villagers who live along the riverbanks will lose their farmland and the fish that provide their main source of protein.  Scientists have found no viable measures to mitigate the harm or replace lost food security.

As a water dispute arises, a treaty fails

In 1995, Cambodia, Laos, Thailand, and Vietnam signed a treaty to promote cooperation in use of the Mekong River. The treaty created the Mekong River Commission, which is tasked with finding mutually acceptable ways to use and sustain the river. As part of this, the treaty requires the governments to seek agreement before beginning major projects on the Mekong, using a process called “prior consultation.”

The Xayaburi Dam was the first big test for the commission. Instead of seeking agreement, however, the commission hit gridlock. When the four governments first met to discuss the project in April 2011, Cambodia and Vietnam asked for dam construction to be postponed, so that transboundary impacts studies could be conducted. Laos and Thailand refused to do these studies.

With no clear resolution to the prior consultation, Laos and Thailand decided to proceed with the project anyway. The commission provided few opportunities for the fishermen and communities who would live near the dams to be heard, and many still do not know when construction vehicles will show up or when they will be told to move.

On November 7, 2012, Laos held a groundbreaking ceremony for the Xayaburi Dam (although construction actually began in late 2010). Laos claimed that the dam had been re-designed to address Cambodia’s and Vietnam’s concerns, although the Mekong River Commission had not yet seen details of the re-design. Cambodia and Vietnam remained silent after the announcement, leading to speculation that a deal had been struck.

Cambodia and Vietnam find their voice

On January 17, government ministers gathered in Laos for the annual meeting of the Mekong River Commission’s governing body. Although the Xayaburi Dam was not on the agenda, the governments finally spoke out. Discussions became tense. Cambodia said that Laos had misinterpreted the 1995 Mekong treaty by proceeding with the Xayaburi Dam before the “prior consultation” was finished. Vietnam said that the recent launching of the dam “is causing concerns…about its adverse impacts on downstream areas.” Even Thailand acknowledged that concerns still exist.

Donors to the Mekong River Commission also spoke up. In a joint statement, Australia, Japan, European countries, the United States, and others said, “It is our consensus that building dams on the mainstream of the Mekong may irrevocably change the river and hence constitute a challenge for food security, sustainable development, and biodiversity conservation.” At the end of the meeting, Laos announced “with deep regrets” that it could not sign the meeting’s official minutes, signaling that it did not acknowledge the criticisms. Days later, the Lao government’s Vientiane Times published an article claiming that the commission supported the Xayaburi Dam.

Public concern with the dams

As the commission’s meetings falter along, citizens in all four countries have searched for ways to raise their concerns to government officials. Thai villagers who live near the Mekong River have protested their country’s involvement in the project and filed a lawsuit. Journalists and civil society groups continue to monitor the situation and report on the status of the dams, because the Mekong River Commission’s own transparency has been limited. Scientists across the world continue to raise concerns.

Meanwhile, Laos has prevented any public criticism of the dam within its own borders. In December, the government expelled a Swiss activist, Anne-Sophie Gindroz. One week later, prominent Lao activist Sombath Somphone was kidnapped. Although the reason for his kidnapping is unknown, evidence suggests that the Lao government was involved. Both Mr. Somphone and Ms. Gindroz helped to organize a forum last October where the Mekong dams were publicly criticized. Mr. Somphone remains missing, and other Lao citizens who have been critical of the Mekong dams are now in hiding.

Is this the beginning of a Mekong water conflict? Conflict may grow as the Xayaburi Dam’s impacts are felt over the coming years, and as Laos moves forward with other Mekong dams. Within the next year, evidence suggests that Laos will give the go-ahead for construction on two other dams, including one that is only two kilometers from the Cambodian border.

On the other hand, the politics of the Mekong are complicated. The region’s economies are closely intertwined, and governments are hesitant to damage relations with one another. Cambodia has proposed to build two of its own dams on the Mekong, and Vietnam is involved in three of the proposed dams, although none of these projects are likely to move forward anytime soon. Thailand plans to buy the electricity from eight of the eleven dams, although energy experts in Thailand are saying that the electricity is not needed. China is involved in several of the dams as well and may be exerting pressure on Cambodia and Vietnam to support the dams.

As the Mekong governments become entangled in a diplomatic dispute, the outcome is uncertain, but one thing is clear. For the millions of poor villagers who depend on the Mekong River for food security, and who have no voice in their governments’ decisions, challenging times lie ahead. 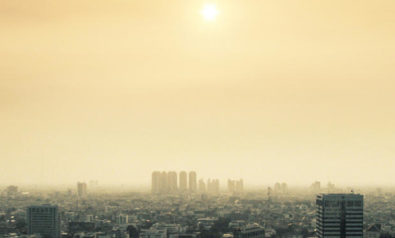