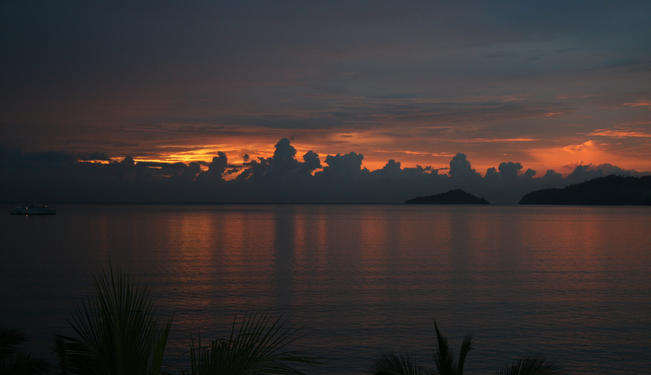 Increased insurgency in Sabah would present the Filipino government with the difficult choice of participating militarily in an election year, or doing nothing and risking the ire of Malaysia.

Malaysian security forces have been battling a militant Filipino organization called the “Royal Army of Sulu” (RAS) in Malaysia’s Sabah State, in the northeastern region of the Borneo island. RAS fighters, the majority of whom are ethnic Tausug from the Philippine islands of the Sulu Archipelago that border Sabah, claim fealty to the Manila-based Sultan Jamalul Kiram III. Sultan Jamalul III is one of nine competing descendants of the historical Sultanate of Sulu who claim control over Sabah. The fighters are also reported to be led militarily in Sabah by his brother Agbimuddin Kiram.

The Sultanate of Sulu was a local maritime empire dominated by the Tausug. It was based on the island of Sulu in the Sulu Sea between the Philippine islands of Mindanao, Sulu, and the Sabah Province of Malaysia. Historically, it controlled the region of Borneo island that is now the Sabah State in Malaysia, after being granted that part of the island by the Sultanate of Brunei as a reward for being a steadfast and effective ally in war.

The Philippines vehemently contested the annexation of northern Borneo into Malaysia as Sabah State. Strained diplomatic relations existed between Malaysia and the Philippines until the early 1990s partly due to the dispute over northern Borneo. The government of the Philippines still considers northeastern Borneo as part of the country, and the Malaysian government pays the descendents of the Sultanate of Sulu $1,700 a year as either "payment" or "rent" of Sabah State.  One of the major demands of the Royal Army of Sulu, in the absence of the transfer of power of Sabah from Malaysia to the Philippines, is a larger rent payment from the Malaysian government to the Sultan of Sulu.

The RAS invasion began on February 9, when approximately 200 southern Filipino militants belonging to the group landed in Sabah from the southern Philippine islands near the busy port city of Lahad Datu . On March 1, fighting between Malaysian security forces and the RAS broke out after several weeks of failed negotiations for the withdrawal of the RAS from Sabah. The fighting, which has included air strikes and mechanized raids by Malaysian security forces, is reported to have killed 62 RAS fighters and 10 Malaysian soldiers. Malaysian and Philippine naval forces are attempting to stop the movement of RAS reinforcements by imposing a blockade on vessels moving from the islands of the Sulu Archipelago into Sabah. The Philippine navy seized three vessels carrying 38 RAS members, while the government is reported to be seeking to indict the fighters on charges of possessing illegal weapons.

Sabah’s palm oil industries are very important to the state’s economy —  the state is the third-largest palm oil producing region in the world. Sabah’s most productive areas for palm oil production are in the eastern region of the state, in and around Lahad Datu . As a result of the fighting in the area, three palm oil shipping ports in eastern Sabah, Tawau, Shabat, and Kunak have been closed. Sabah is estimated to have 11 trillion cubic feet of natural gas and 1.5 billion barrels of petroleum in both on- and offshore reserves, equaling 25% and 12% of the Malaysia’s total natural gas and petroleum reserves.

China is emerging as one of the most important investors and trade partners for Sabah. Chinese government officials and investors have expressed a willingness to work with Malaysian partners to explore implementation of projects focused on the eco-tourism, environmental rehabilitation, information and communications technology, aquaculture, and palm oil processing industries. China is the largest importer of palm oil products originating in Sabah. Sabah is also beginning to be aggressively marketed as a vacation destination for wealthy Chinese, and as a new concentration of Islamic banking firms for Chinese and southeast Asian Muslim investors.

US corporations have also committed to investment in the state’s agriculture and aquaculture industries. Darden Aquasciences, a subsidiary of Darden Restaurants Inc., the world’s second-largest full service restaurant company, agreed to invest over $640 million in a partnership with the government of Malaysia and Malaysian companies to develop a large lobster farming project off of the Sabah coast. Dole Fruit, the world’s largest fruit and vegetable producer, has agreed to invest over $300 million in vegetable and fruit farming in Sabah.

A widened rural insurgency in Sabah outside of the region of Lahad Datu would threaten international investment in the state. International investment in Sabah has been increasing due to the state’s large deposits of energy resources, fertile farmland, deep ports, and natural beauty. Sabah's palm oil industry feeds the three largest markets for palm oil in the world — China, India, and Indonesia — and is considered an important "cluster" industry for further economic growth in the state. Continuing conflict in the Sabah region is reported to be delaying the production of processed palm oil products in Sabah. A lengthy conflict could severely damage the long-term health of the industry in the state.

Wider insurgency in Sabah would also present the government of the Philippines, particularly President Benigno Aquino III, with the difficult choice of participating militarily against Filipinos in Sabah, and inflaming public opinion in the southern Philippines in an election year, or doing nothing and risking the ire of Malaysia. Malaysian diplomatic and military peacekeeping support helped strengthen the process of negotiations between the Philippine government under President Aquino III and the Moro Islamic Liberation Front (MILF), which was seen as an important accomplishment of his administration. Malaysia has also become an important investor in the Philippine economy and an important destination for employment for Filipino workers who send remittance income back to the Philippines.