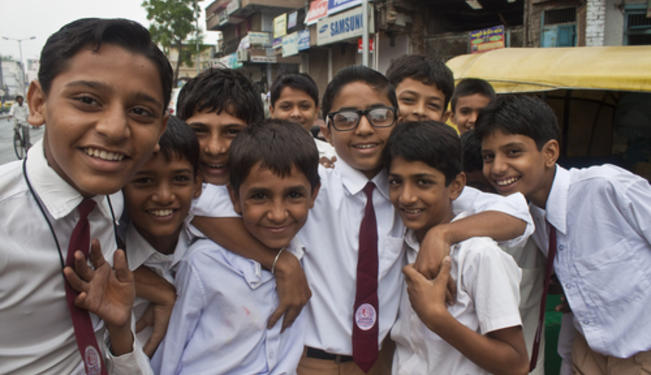 Independence to India, amongst other things, gave a boost to the education system in terms of the number of institutes that came up. But the concern over the quality of education catered in these institutions still troubles the policy makers.

Nelson Mandela’s words describing the power of education as a weapon that can change the world finds truth in any society. In India, education system has been given its due share over the past decades. The number of institutions that have been established after 1990 has been unprecedented. This expansion on the other hand has concealed within itself several key issues ranging from quality to the access of such education.

Ever since India broke away from the shackles of British Colonialism, school education has witnessed huge expansion in furtherance of developing a mass education system. In India, schools saw a huge expansion in numbers, from around 200,000 schools in 1950, to more than 1.1 million in 2010. Post-1990, enrolment has increased impressively, from a mere 22.3 million to more than 193 million in 2010-11.According to an estimate – “95% of the rural population has a primary school within 1 km and about 85% population have an upper primary school within 3 km.

Though the enrolment rates are close to universal in the current scenario, the quality of education still remains to be a big question. Education Initiatives conducted a large scale study across 18 Indian states (N=160000). Students of elementary level education were sampled from 2399 government schools and were tested in language and mathematics through common-test papers in 13 language versions. In their executive summary, researchers concluded –“learning levels are extremely low”. Similar studies by the National Council for Educational Research and Training (NCERT) and other educational research centres on nationally representative sample have suggested similar conclusions. Such results are an indicator of the fact that Indian policy makers have failed to look beyond the literacy-rate, which stands at just above 74% as per India Census 2011. Fortunately, some Politicians and Policy makers have rightly recognized this lacuna in the education system. In his address to the teachers and educators on the Teacher’s Day, the Prime Minister Dr. Manmohan Singh said:

“… as we move ahead, we need a clear shift in our strategy from a focus on inputs, access and enrolment to what goes on in the classroom and the school. We need to set up transparent and reliable systems for tracking attendance of children in a truly meaningful way. At the same time, we need to put in place a system of continuous assessment of the benefit our children are getting from their education. Participation of the community and parents would be essential in this process, so that they can be satisfied with the quality of teaching."

Though there has always been a lot of rhetoric on the “all round development of children” in policy discussions, Indian policymakers have primarily defined schooling in a very narrow way and focused only on the literacy-rates, paying little encouragement to inquiry and higher order learning, classroom participation and discussions, sports, music and other art forms in mass education. This brings us to the second issue with school education system, where India faces the challenge of subscribing to a narrow definition, to start things off. There has been little attention paid to the children with special needs which is quite evident from the fact that most educational boards across Indian states define disability as blindness, hearing and/or speech impairment, mental retardation and physical disability. There is hardly any consideration to the entire gamut of psychological conditions in children (for e.g., learning-disability, emotional disturbance, autism spectrum, schizophrenia, anxiety and depressive symptoms etc.). As a result, concept of school psychology and access to psychological services have mostly remained absent from the educational policies and India’s educational infrastructure.

Like elementary school education, the higher education system has undergone a rapid expansion over the past six decades. When India got Independence, there were only 20 universities and 496 colleges across the nation. But, as of 2012, there are nearly 621 universities and 27468 colleges in India. However two lingering concerns create a roadblock for an effective education system in India. First, the access to higher education has a very narrow base; the situation looks rather alarming when compared to its global counterparts. Only12.4 % of students opt for higher education as compared to nearly 18% in China and 41% in the US. To get close to a 30% mark, India would require another 800 – 1000 universities and over 40,000 colleges by the next decade. Furthermore, it is worth mentioning that the vocational education track is extremely underdeveloped in India where only 5% of the students opt for such a route, unlike Germany or Finland.

Secondly, in addition to the problem of access, there is a deep crisis of the quality of higher education. Let alone the mass higher education institutions, the few of the “premier” institutions (e.g., IIMs & IITs) that Indian policymakers usually boast of rarely ever appear on the list of world’s top five hundred institutions. This crisis has been aptly summarized by Agarwal in his abstract as follows:

“The standards of academic research are low and declining. Some of the problems of the Indian higher education, such as – the unwieldy affiliating system, inflexible academic structure, uneven capacity across various subjects, eroding autonomy of academic institutions, and the low level of public funding are well known. Many other concerns relating to the dysfunctional regulatory environment, the accreditation system that has low coverage and no consequences, absence of incentives for performing well, and the unjust public funding policies are not well recognised. Driven by populism and in the absence of good data, there is little informed public debate on higher education in India”.

India is a nation of young people with huge numbers forming the “working age population” (age group 15-59 years) and also a nation with declining dependency ratio (i.e., proportion of non-working population to total population). All of this put together will constitute a major opportunity of ‘demographic dividend’ for India. On the other hand, most of the developed countries are growing old and are likely to face increasing economic crunch as their dependency ratio is on the rise. If India can develop a skilled workforce through dramatic expansion of vocational and higher education system quantitatively as well as qualitatively, she will not just serve her self-interest but the interest of many other parts of the world. Whether India suffers “demographic disaster” with millions unskilled and unemployed or achieves “demographic dividend” by generating skilled human resource that take her to prosperity, will be best answered by Indian educational policy makers, who will have one of the toughest jobs in the coming times, when dealing with the present substance over form debate surrounding the education system.