In the third of a five-part series on opinion polls about the forthcoming Indian elections, pollsters agree that the Congress-led coalition is on the ascendant but disagree as to what degree.

As election fever heats up, pollsters in India are debating outcomes. Yogendra Yadav and Sanjay Kumar of the Centre for the Study of Developing Societies (CSDS) and this author are crunching numbers and justifying their inferences to the public.

The three of us have Shekhar Gupta of The Print to thank for this series of articles. He invited us to have a debate in “the spirit of healthy disagreement.” Since then, Gupta seems to have changed his mind, but Fair Observer has stepped in to publish my side of the story.

Yadav believes that the state of Jammu and Kashmir hardly affects the national equation. In Punjab, the implosion of the Aam Aadmi Party (AAP), which literally translates as the Common Man’s Party, plays to the advantage of the Indian National Congress. He estimates that the Congress party will make small gains in Punjab and cites local body elections as an indicator of the swing in popular sentiment toward India’s oldest political party. Yadav predicts a loss of three to four seats for the ruling Bharatiya Janata Party’s (BJP) National Democratic Alliance (NDA) in Punjab.

He takes the view that the BJP will lose in Haryana on account of the unpopularity of the chief minister of the state, Manohar Lal Khattar. He forecasts that the BJP will suffer in Delhi too and is unlikely to sweep all constituencies as last time. Yadav sees only one fly in the ointment for the Congress. It is none other than Rahul Gandhi. Prime Minister Narendra Modi is far more popular than Jawaharlal Nehru’s great-grandson. The former is seen as self-made while the latter as a feckless heir.

Yadav says that a presidential-style contest between Modi and Gandhi would benefit the former. Therefore, the BJP is likely to shift attention from Khattar to Modi. They are likely to keep the focus on the more credible central government instead of the unpopular state leaders to boost their electoral prospects.

TROUBLES FOR THE BJP

The BJP’s troubles in India’s northernmost state, Jammu and Kashmir, have made headlines around the world. The state is under governor’s rule for the eighth time since June. Till then, the Bharatiya Janata Party was in an opportunistic alliance with the Jammu and Kashmir Peoples Democratic Party (JKPDP). This experiment has completely backfired for both parties, but the BJP has the consolation of the captive Hindu vote in Jammu that remains loyal despite the staggering ineptitude of its local leadership.

The same cannot be said for the BJP’s hold on Buddhist Ladakh. This spectacular land could have become a stronghold of the BJP by now, but the party took the Ladakhis for granted in much the same way as the Hindu inhabitants of Jammu. Consequently, the BJP’s hold on his plateau region is gone for a toss and it is a big loss.

The beneficiary in the state will be the Jammu and Kashmir National Conference (JKNC), the traditional ruling party of the state. Led by the second and third generation scions of the Abdullah family, JKNC is yet another family fiefdom like Shiv Sena. Now, it will benefit from the backlash against the JKPDP and make yet another comeback.

In Punjab, Yadav might be underestimating the support for the Indian National Congress. The Aam Aadmi Party faces complete meltdown. CVoter Tracker indicates that the Congress is poised to win nine of 13 seats for parliament. Until 2017, it appeared that the AAP might break out of its stronghold in Delhi and notch up a victory in Punjab. CVoter called the election in AAP’s favor, but the results in favor of the Congress proved it wrong. Since the heady days of 2017, the AAP’s support base has whittled away.

Speculation about the decline of the AAP has already begun. Controversy over links with Khalistani separatists has hit them hard. Khalistanis are Sikh radicals who have long wanted a separate nation state called Khalistan. Far too many forget that the Punjab insurgency was once bloodier than the Kashmiri one. The Indian military had to enter the Golden Temple to flush out extremists who fought a spirited gun battle. This operation led to such resentment that Sikh bodyguards assassinated Indira Gandhi, India’s most powerful prime minister to date.

The AAP’s association with Khalistan has evoked ghosts from the past. Voters have moved back to the Congress, the BJP and the Shiromani Akali Dal (SAD), the regional party of the Sikhs and the fiefdom of the Badal clan, despite their manifold flaws. As things stand, all four members of parliament from the AAP will lose in the election. The biggest beneficiary will be the Congress, where Captain Amarinder Singh has proved to be a canny chief minister and has put his party into pole position.

In the two states of Punjab and Jammu and Kashmir, the BJP is losing three seats but its current and former allies, the SAD and the PDP, are losing a further six. This means that the BJP-led NDA is losing nine seats.

CVoter Tracker data differs from Yadav in its forecast on Haryana. Yet the data agrees with Yadav in his assessment that BJP leader Khattar is an extremely unpopular chief minister in Haryana. The BJP is helped by what pollsters have termed the Index of Opposition Unity (IoU). India has the first-past-the-post (FPTP) electoral system left behind by the British. In such a system, the largest party can win with even 30% or less of the vote if the remaining 70% is divided among other parties and the second largest party gets 29.99% support. If IoU is low, a relatively unpopular party can win because of a divided opposition.

For decades, the Indian National Congress was the big beneficiary of FPTP. Now, the BJP has inherited that advantage. In Haryana, the Indian National Lok Dal (INLD) is the major regional party led by Devi Lal’s descendants. In the land where siblings once fought the epic Mahabarata battle, Devi Lal’s grandsons, Ajay Chautala and Abhay Chautala, have declared war on each other, fragmenting the Jat vote and wrecking INLD in the process. Like Shiv Sena, these dynasts are removed from grassroots realities and alienated from their voter base.

The implosion of INLD is bad news for the Congress party in the short run. The former is polling at 20% while the latter at 30%. Sadly, for both, the BJP, despite its incompetent and unpopular chief minister, still has the support of 40% of the voters as per CVoter Tracker data. This might allow the BJP to win seven out of 10 seats they won in 2014, limiting their loss to three seats in Haryana. In 2004, the Congress won nine out of 10 seats in parliament with 42.1% of the vote.

As in Haryana, the BJP is benefiting from a divided opposition in Delhi. It is not only the bickering between the AAP and the Congress, but also the implosion of the AAP that is playing out in favor of the BJP. Yadav, one of the most eminent of India’s pollster was a founding member of the AAP. Arvind Kejriwal, the temperamental chief minister of Delhi, has kicked out Yadav and other heavyweight intellectuals. This benefits the BJP but is a godsend for the Congress. In 2015, the AAP won 67 of 70 seats in Delhi, getting 54% of the popular vote and leaving the Congress with a mere 9%. The rest of the vote went to the BJP.

While the BJP vote share has remained largely steady, people in Delhi are shifting back to the Congress from the AAP. For the first time since 2013, CVoter Tracker data shows that the Congress has pulled ahead of the AAP. If the AAP and the Congress ally, then the BJP is toast. If not, then the low IoU and the FPTP system favors the BJP, which may repeat its 7-0 performance of 2014 albeit with a lower vote share.

Finally, another phenomenon deserves attention. Termed, the “split-vote” phenomenon, this author was the first to flag it 10 years ago. Simply put, Indian voters have been voting for different parties depending on the level of the government. They may vote in Party A to local councils, Party B to the state legislature and Party C to the national parliament.

In Rajasthan, the slogan “Modi tukhse bair nahin, par Rani teri khair nahin” is on almost everyone’s lips. This literally translates as, “Modi, we have no enmity with you, but we are not sparing the local queen.” The current chief minister of Rajasthan, Vasundhara Raje, is from one of India’s former royal families that had cozy relations with the British and then reinvented itself in modern electoral politics. She has a reputation for incompetence and arrogance. Furthermore, Rajasthan continues to suffer from rampant corruption and she has failed to improve the state administration. Unsurprisingly, Rajasthan’s public is hell bent on booting her out, even though it retains some sympathy for Modi. As a result, the Congress will win a landslide in the state legislature, but that might not translate into seats in the Indian parliament.

It is a well-known secret that, in many states run by the BJP, chief ministers would lose and the opposition would triumph. However, the same voters might cast their vote for the BJP candidate for the national parliament for a simple reason. They prefer Narendra Modi to Rahul Gandhi, making the half-Italian, rather good-looking Nehruvian heir the most unlikely best friend of a rustic, hirsute and plebeian Modi. 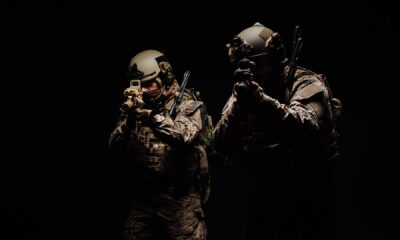 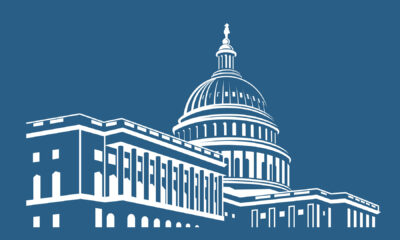 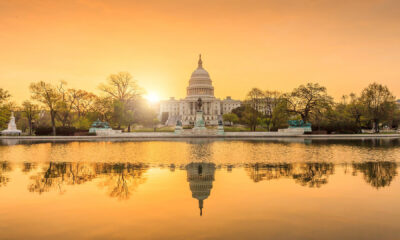