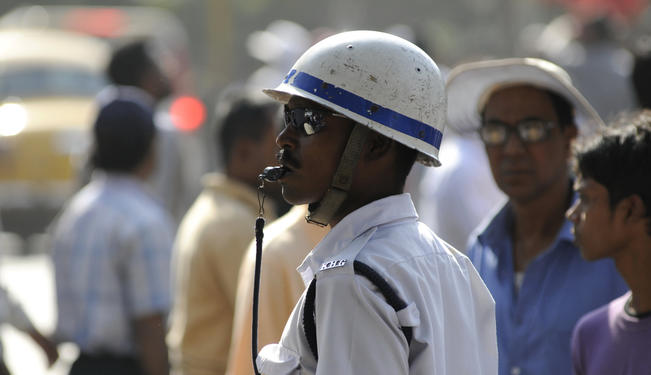 Political correctness has corroded the edifice of Indian democracy.

Ishrat Jahan, a 19-year-old college student, was killed along with three accomplices in an encounter with police on June 15, 2004. The incident took place on a road connecting the cities of Ahmedabad and Gandhinagar in Gujarat. The dead accomplices were identified as Javed Ghulam Sheikh (alias Pranesh Pillai), Zeeshan Johar, and Amjad Ali Rana. Javed Sheikh was a Hindu who converted to Islam to marry a Muslim woman. The other two were Pakistan nationals.

The police claimed that the victims were shot dead in an encounter. But a judicial enquiry concluded that the incident was not genuine and the four were killed prior to the date in question.

According to police, the four were part of Lashkar-e-Taiba (LeT), one of the most active anti-India Islamist terrorist organizations operating out of Pakistan. LeT is banned by major countries across the world. The organization's past work includes the 2005 Delhi bombings, the 2006 Varanasi attacks, the 2006 Mumbai train blasts, and the 2008 Mumbai carnage, as well as recurrent attacks in Kashmir and other parts of India.

This LeT cell was tasked with carrying out terrorist attacks in India, targeting the Somnath temple, Akhshardham temple, and Siddhi Vinayak Temple. The police also claimed that the group was planning to eliminate the Gujarat chief minister, Narendra Modi.

There is no denying the fact that the four people killed were LeT terrorists since the Home Ministry of India has clearly stated so in an affidavit filed in the Gujarat High Court. The point to ponder is why the sudden interest in hoisting a killed terrorist as a beacon of human rights violation.

It has become fashionably liberal to mouth homilies about the purported innocence of Ishrat Jahan. Hyperbolic statements about the barbarity of Gujarat police have become the norm for earning slots on prime time TV talk shows.

A narrative has then been built assiduously of a vindictive state police machinery taking liberties with individual rights. Nothing could be more further from the truth.

When Ishrat Jahan was shot dead in 2004, the knives were yet to be sharpened for Modi, who is now the Congress' bête noire.

The so called encounter killings in neighboring Maharashtra state, ruled almost continuously by the Congress Party, are well documented and even celebrated in celluloid by the Indian film industry. In fact, there were special police officers acting as encounter specialists with a competition ensuing amongst them over who was a better “striker”. Of course, now these special killing machines have been defanged as it is out of fashion and politically incorrect to snuff out lives of anti-nationals, criminals, and terrorists.

The all India statistics also depicts a dismal picture. According to the National Human Rights Commission of India, the state-wide count of encounter killings during 2008-2011 was as follows: Uttar Pradesh (111), Manipur (60), West Bengal (23), Tamil Nadu (15), and Madhya Pradesh (15).

So with this surfeit of encounter killings, which is a recurring theme across states, the reason for this intense scrutiny specifically on Ishrat Jahan’s encounter is incomprehensible.

The only fathomable reason is that it is a convenient stick to beat the incumbent chief minister of Gujarat, Modi. Once entrapped, he can then be labeled as a “Hindu.” Communalists currying favor with the Muslim masses can then entice them to vote for the Congress Party for emotional reasons rather than on any plank of development.

The minders in Congress party have realized that Modi is no ordinary BJP leader. He is charismatic and has dazzled the bureaucrats and businessmen alike with his development agenda, farsighted policies, and almost missionary zeal to strike out on his own with the new catchy slogan, “India First”.

Even in tragic circumstances like the Bhuj earthquake and Surat floods, Modi has shown how able governance can rebuild lives and provide succor in the face of nature’s wrath.

His chant of development as opposed to the mantra of inclusive development mouthed by politically correct politicians, increasingly resonates with the youth of the country. He evokes extreme passions on both sides of the political divide. His volunteers on social media can drown out any competition within a couple of hours. His utterance on any national issue is bound to raise the hackles of the ruling coalition. He acts decisively and ostensibly favors no religion or community, although he belongs to a Hindu backward class which are now the new political nabobs of a politically conscious India.

Congress realizes that Modi is the single biggest stumbling block in their bid to capture power in the 2014 general elections. He evokes extreme fear in them because he champions a much bigger constituency of citizens desiring development and progress. In such a scenario, the traditional political calculations of caste and community tend to fail.

Hence, they have tried to get him embroiled in various court cases on account of the 2002 Gujarat communal riots, which were a regular feature in Gujarat before him. From the way the 2002 Gujarat riots have been projected, it would seem as if this was the only riot to take place in India after independence. The Indian government, aided by intellectually bankrupt leftists and academics, have actively canvassed for Modi to be barred from visiting other countries, notably the US and UK.

The more insidious part of this charade is that we have managed to elevate an ordinary Islamist terrorist to a symbol of human rights violation. Why was a 19-year-old studious and innocent girl roaming around with two Pakistani nationals who were LeT foot soldiers? To top it all off, the Pakistani terrorist, David Coleman Headley, identified Ishrat Jahan as an LeT suicide bomber. Even Lashkar-e-Taiba, immediately after the encounter, blundered that Ishrat Jahan was its activist. Of course once the implications were clear.

All these corroborative forms of evidence would have enabled any government to decide the case purely on merits. But the witch-hunt launched by Congress to implicate Modi in this communally twisted saga has eliminated any chance of a free and fair probe into the killing of a terrorist.

The debate on killing terrorists, even in normal times, would not graduate beyond cursory mention on prime time television, leave aside the sustained campaigning as seen in the case of Ishrat Jahan. Congress, however, thought it prudent to champion the cause of an Islamist terrorist. It is ably supported in this game plan of “Catch Modi” by a pliant media ever willing for government handouts and assorted do-gooders with an agenda.

The Bane of Indian Politics

This internecine one-upmanship has now been elevated to a level where the ever willing handmaiden of the government — Central Bureau of Investigation — is actively targeting police officers from the Gujarat cadre, and also officers in the Intelligence Bureau who were involved with providing Intel on this case.

That the morale of the police force and Intelligence Bureau is going to suffer is a given, but now the constabulary will think twice before acting on Intel, even about dreaded terrorists for the fear of reprisals from a vengeful central government. It is ironic that rather than decorating the police officers for eliminating criminals and terrorists who have no regard for the rule of law and kill innocents ruthlessly, the state is hounding them, chasing the chimera of the minority vote bank.

This vitiated air has left most media commentators dumbfounded since speaking straight would expose them to the taunt of being communal. Being communal in the Indian context means either speaking for the Hindus, or, most of the time, speaking the plain truth. The politicians have surreptitiously ghettoized Muslims with a scare mongering which borders on incendiary. This unholy nexus of Islamism, backed by hungry vote banks of politicians, has developed into the bane of Indian politics.