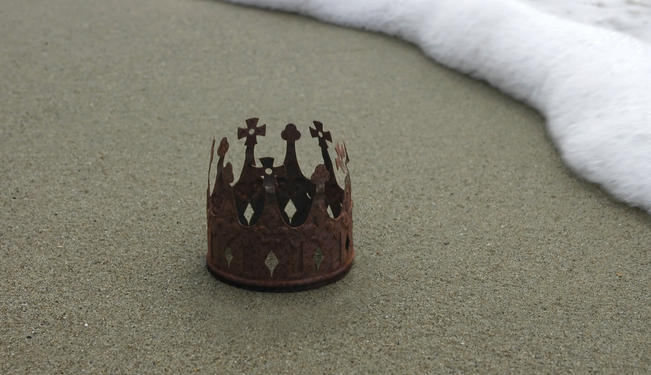 The overwhelming victory of the incumbent Chief Minister Narendra Modi in the assembly polls in Gujarat has set the alarm bells ringing in New Delhi.

The Congress led United Progressive Alliance (UPA) government, already tottering under allegations of financial embezzlements and lack of governance, is apprehensive of Modi’s shifting his sights to New Delhi. Various opinion polls indicate that he is rapidly surging ahead of all his political contemporaries as the people’s choice for the position of Prime Minister. The de jure rule of the Nehru-Gandhi dynasty over the country is under a real threat.

The Congress party had converted the assembly elections as a referendum on Modi’s ‘phoney’ development and his alleged record of discrimination against the Muslims. In the 2007 assembly elections Sonia Gandhi, the UPA chairperson and the current flag bearer of the Nehru-Gandhi dynasty had referred to Modi as a ‘merchant of death,’ alluding to his role in the 2002 Hindu-Muslim riots in Gujarat.  Rejecting the argument the Gujaratis gave Modi a massive mandate.

Once bitten, twice shy, the Congress tried to avoid the overtly communal argument in the 2012 elections. The focus instead was to denigrate Modi’s development plank. Statistical data was manipulated to buttress this argument. Inconsequential parameters were utilized to run down the development which Gujarat has witnessed post Modi assuming power as Chief Minister in 2001. Like a tiger which fails to change its stripes the Congress failed to desist from chicanery to regain power. Having failed to gain momentum on the development issue the Congress resorted to its time tested tactics of communalizing the political atmosphere. Efforts were made to provoke the Muslims for apparently not being benefited by the development in Gujarat, thereby covertly alluding to discrimination on religious grounds.

The fact that Modi’s party, the Bharatiya Janata Party (BJP) won 12 out 19 assembly seats where the Muslims were the deciding factor epitomizes the rejection of this fallacious argument by the Muslims. Evidently the Muslims in Gujarat have moved on from the riots of 2002, which the Congress has repeatedly used as a stick to beat Modi’s record.

While raking up the ghosts of 2002 ad nauseam the Congress has conveniently ignored Sonia’s husband Rajiv Gandhi’s culpability in the brutal slaughter of 3000 Sikhs in New Delhi after the assassination of his mother Prime Minister Indira Gandhi in 1984. But the Indian media’s fascination with the Nehru-Gandhi dynasty has ensured that such inconvenient questions are sparingly raised before the dynasty.

An honest assessment of the electoral debacle would make the Congress realize that it was fool hardy to make a Goebellian attempt to deprecate the development made by Gujarat under Modi’s leadership. At a time when the central government sets a pathetic target of agricultural growth rate of 4.0% for the country, Gujarat’s decadal agricultural growth rate for the period 2000-01 to 2009-10 was 10.97%. Impressive for a state with 70% of the land being arid or semi arid! Similarly Gujarat’s growth rate during the period has consistently hovered around double digits. That it is the only state in the country which provides uninterrupted power supply to even all the villages whereas the rest of the country faces perennial power cuts has only added to Modi’s lustre.

Modi’s decision to cut down on bureaucratic red tape with the resultant economic boom has ensured that Gujarat has become the automobile manufacturing hub of South Asia with auto majors like Ford and Peugeot planning to invest billions of dollars to set up manufacturing units in the state. The traditionally investor friendly states like Maharashtra, Tamil Nadu and Haryana have started feeling the pinch of this exodus towards Gujarat.

The success story of Gujarat becomes glaring in comparison to the economic rut and pessimism pervasive in the country.

The diarchy of power between the defacto ruler Sonia Gandhi and the nominal ruler Manmohan Singh in New Delhi has ensured that the country is sinking into an economic quagmire. A yearning for populist measures manifests in the government failing to initiate prudent measures to revive a sinking economy and runaway inflation. Therefore while the fiscal deficit keeps burgeoning the UPA government has launched its ‘Direct Cash Transfer’ scheme. The scheme provides for providing cash to the poor as a subsidy eliminating the governmental intermediary. The political nature of the scheme was given away when Rahul Gandhi, the scion of the Nehru-Gandhi family referred to it as a ‘game changer.’

Modi’s threat to the Congress arises from his challenge to such misconceived priorities. Perhaps the only politician in the country not glorifying poverty and encouraging development, he poses a potent threat to Rahul’s ‘game changer’ which is heavily dependent on keeping the poor remain poor and provide economic doles in exchange for political windfalls.

That Modi has ruffled the feathers of the Congress was expressed in the Union Home Minister P.Chidambaram proclamation after the Gujarat results; "The Congress is a winner in Gujarat, we have been able to contain BJP and Modi to under 117 seats."

Thus the party after decimation at the hustings, proclaims victory for having restricted Modi’s juggernaut to 115 seats! Heads have rolled in the Grand Old Party for lesser offences during its halcyon days.

The absurdity of the argument can be judged from the fact that Congress for all its electoral bravado and ‘game changers’ was in reality aiming to restrict Modi to less than the 117 seats he won in 2007.

On the other hand, Modi appears immune to natural anti incumbency, a vituperative electoral campaign with the media acting akin to an opposition party and a disgruntled influential BJP strongman who revolted before the elections.

Modi’s victory speech modestly dedicating himself “to the service of Gujarat for the next five years” has however very few takers in India.

The BJP which has found itself in the doldrums after the electoral debacle in 2004 parliamentary elections is desperately seeking a leader to revive sagging fortunes. Although it has a plethora of leaders desirous of mounting a challenge, none have the charisma of Modi.

The lack of charismatic leaders coupled with infightings in the party has ensured that the BJP has failed to derive the anticipated results from the disastrous performance of the UPA government.

Seen as a proxy to Sonia’s dynastic ambition for Rahul’s inevitable ascension, Manmohan Singh lacks the authority to govern. Sycophancy in the Congress has reached a crescendo with cabinet ministers openly declaring their loyalty to Rahul, circumventing Manmohan. The egregious governance resulting from lack of political leadership has seen repeated people’s protests on the streets of New Delhi virtually challenging the government’s authority.

Rahul Gandhi on the other hand has been an unmitigated disaster. Perhaps unaware of the ground realities, he has led Congress from one electoral debacle to another. Inspite of being projected as a youth icon by the media, he has failed to inspire any confidence in the country with a youthful demographic profile. His remarkable ability to remain silent and inconspicuous in parliament has also debunked the myth of his suitability for running the country. Noted historian Ramchandra Guha, whose admiration for the Nehru-Gandhi family is no secret, has advised Rahul to “opt for another profession.”

Modi’s inevitable projection as Prime Minister prior to the 2014 parliamentary elections will however compel Rahul to come out of the closet and take him on in a presidential type campaign. That Rahul lacks the charisma and the acerbic style of Modi is certain to complicate matters for the Congress. The optimism generated by Modi amongst the middle class who increasingly see him as a panacea forIndia’s multifarious ills assures him of widespread support. Modi’s trenchant opposition to nepotism and his development model for Gujarat has found numerous takers in corporate India.

The path ahead for Modi is however not easy. He still remains a polarizing figure and needs to increase his appeal across various segments of the society. Although he might have won over the Muslims in Gujarat, his opponents will ensure that the ghosts of the 2002 riots are never buried, irrespective of its costs to the Indian society. That no investigation has found an iota of evidence against him for his alleged role in those riots remains a trivial to the harbingers of doom.

With Indian polity firmly entrenched in coalition politics Modi will have to ensure that the BJP led National Democratic Alliance (NDA) does not fragment because of his projection as Prime Minister. A banner of revolt has already been raised by Nitish Kumar, the Chief Minister of the eastern state of Bihar and a prominent leader of JD (U) an NDA ally. Apart from his personal political ambitions, Nitish is apprehensive of losing Muslim support if he accepts Modi as his leader. In the era of coalition politics even one ally breaking away could have major repercussions for the NDA.

How Modi manages the dissension in his own ranks therefore remains vital to his eventual march to New Delhi. If he manages to hold on to old allies and make new ones, the Nehru-Gandhi dynasty could be in real trouble.

History beckons Modi. Can he replicate his Gujarat model across India?

The Indian middle class exasperated by the disappearance of governance in the country fervently hopes so!