Of late, statements from the highest level in Pakistan’s government have urged the global community to build a relationship with the country centered around “geoeconomic security.”  The new policy posture is aimed at the Biden administration, but it appears in equal proportion in Pakistan’s recent diplomatic overtures to other countries.

In the past, Pakistan’s global pitch was peppered with terms such as “geostrategic pivot” — an umbrella concept for military and security nuances — to emphasize its indispensability in South Asia. This predisposition informed the overall trajectory of the US–Pakistan relationship since the 9/11 attacks in 2001, as well as the burgeoning China–Pakistan bonhomie that has manifested through the China–Pakistan Economic Corridor (CPEC).

Pakistan’s sojourn from “geostrategy” to “geoeconomics” is led by the country’s national security adviser, Moeed Yusuf. In his speech at the Wilson Center in January, Yusuf reminded the United States that it would be engaging with a “very different Pakistan” that is now focused on the “economic security paradigm.” He said Pakistan should be seen beyond the Afghanistan “prism” as an economic partner. He also cautioned against viewing Pakistan from a “third country lens and keeping India at the center of all conversations.”

Similar sentiments were echoed later during the launch of a report titled, “Pak-Americana — Ushering in a New Era of Pakistan–U.S. Relations,” published by Tabadlab, an Islamabad-based think tank. The speakers at the event unerringly ground the future of US–Pakistan relations in economic terms. This paradigm shift was also mentioned by Prime Minister Imran Khan during his recent trip to Sri Lanka, which he invited to join the CPEC.

Interestingly, Pakistan’s new pitch has also gone in lockstep with recent international publications. For example, writing for the Atlantic Council, Shamila Chaudhary and Vali Nasr have argued that Pakistan’s strategic calculus has changed over the years and US policy toward the country should be informed by considerations of a broad-based economic partnership.

The underlying driver behind these new policy utterances could be the attempted pushback against entrenched perceptions in US policy circles where Pakistan has been viewed with suspicion. In the best of times, Pakistan has been seen as a security hedge for protecting US regional interests. Since 9/11, the US–Pakistan relationship has been largely about the South Asian nation conducting counterterrorism operations and supporting US military action in Afghanistan. Lately, Pakistan has been trying to put an end to the 20-year-long war in Afghanistan to help the US extricate itself from the Afghan imbroglio.

What possibly ungirds Pakistan’s embrace of geoeconomics? After all, this would be a major breakaway from entrenched patterns of the past. Pakistan is perceived to firmly reside in the Chinese camp, which explains former US Assistant Secretary of State Alice Wells’ animus toward the CPEC, which she vehemently criticized for its “predatory loans” and “lack of transparency.”

Despite China and Pakistan embarking on the ambitious CPEC some seven years ago, the Pakistani economy remains its Achilles’ heel. A quick economic turnaround does not seem to be on the horizon with the country on the Financial Action Task Force’s gray list since June 2018. With peace in Afghanistan also a distant prospect, Pakistan’s strategic choices made over the years seem to have outlived their utility.

It is perhaps in this context that Pakistan has realized that stale policy positions need to be discarded. A realization seems to have crept in that if Pakistan is to resurrect its economy and, concomitantly, enhance its global stature, it would have to appear “sexy” and offer the world something more than its geostrategic location.

Giving It Some Thought

If this policy direction is meaningfully implemented, it augurs well for Pakistan’s future. However, to convince the world to view it from a new lens, the country will need to give a concrete direction to this new strand of thought.

First, Pakistan will have to provide an equal opportunity level playing field to all countries looking to develop a broader economic relationship with it. This will mean undoing the perception of elusiveness surrounding CPEC and the “guilt-by-association” blemish on Pakistan that is largely the result of the broader US–China power rivalry. It would be equally important for Pakistan to balance things out vis-à-vis China, which now has deeply entrenched strategic and economic interests in Pakistan.

Second, Pakistan’s India-centric lens that has only blurred its policy vision will need to change. This will require Pakistan to delink its relationship with the US and other countries from India, in the same vein that those countries have delinked their India relationship from their relationship with Pakistan. The increasing coziness between the US and India is a reality that Pakistan cannot wish away. Despite the animosity with India, Pakistan must never close the door for dialogue because a sustainable geoeconomic integration will eventually require an India–Pakistan thaw. The recent announcement by top military officials of India and Pakistan to strictly observe all agreements and the ceasefire along the Line of Control — the frontier that separates Indian-controlled and Pakistani-controlled parts of Kashmir — is a much-needed respite.

Faced with some cold, hard facts, Pakistan seems to be undergoing a policy catharsis. Instead of getting sucked into global and regional power rivalries, it has wisely extended an olive branch to the US and the world at large. It is too early in the day to know how Pakistan’s new strategic posture will interact with political developments in South Asia. However, for its geoeconomics foray to be truly protean in nature, Pakistan’s best bet is to become a regional bridge of connectivity that is firmly hinged on transnational economic pursuits, instead of being tethered to stale hyperbolic policy postures that have led the country nowhere. 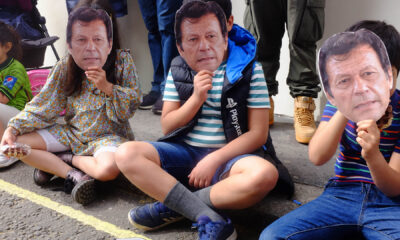 Why Did the Pakistani Parliament Pass a Vote of No-Confidence against Imran Khan? 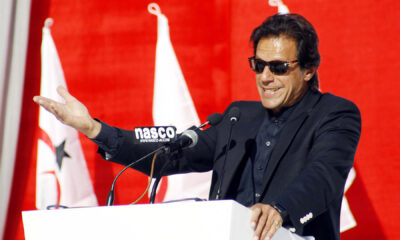 Will the Pakistani Prime Minister’s Campaign Slogan Be “Yes, We Khan”? 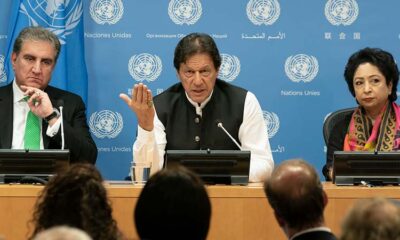