While India teems with billionaires on one end, many are left counting pennies.

When the Commitment to Reducing Inequality Index was released in July, it did not make for merry reading for the second most populous country in the world. India cut an alarmingly sorry figure when it came to the gap between the rich and the poor. As per Oxfam’s calculations, if India were to reduce inequality by a third, more than 170 million people would no longer be poor. But the report only confirmed what was well known: While a tiny fraction of India revels in its riches and glory, the vast majority struggles in deplorable conditions. It does not look set to change any time soon. The government’s commitment to reducing inequality was ranked 132 out of 152 countries in the index.

The Indian rich are on a roll, though. On March 20, the Forbes 2017 Billionaires List was released, and India ranked fourth in the number of billionaires, with a whopping 101 Indians, up from 84 in 2016. Of course, the country celebrated the news with barely conceded pride. “[Mukesh] Ambani leads India’s 101 billionaire club,” declared India Today. The headline for MensXP was quite interesting: “101 Indians Made it to the Forbes Billionaires List & We’re Still Here Counting Pennies,” it said. Perhaps unintentionally, it pointed to the ugly truth of India’s glaring rich-poor divide.

A day later, on March 21, the United Nations Development Programme (UNDP) released the 2016 Human Development Report (HDR) that saw India slip down to 131 from 130 out of 188 countries ranked in terms of human development. In a span of 24 hours, this piece of information had emphatically put in perspective the truth of the matter. It would have doused the euphoria of the “101 Club,” one would imagine, despite that gnawing knowledge deep inside that, in the age of post-truth, facts seldom matter anymore. The report was scarcely discussed in the mainstream media.

The contrast between Forbes and the UNDP report is as enlightening as it is disturbing; few data sets could be as explanatory an answer to a wide variety of questions around India’s pace and quality of development as this particular pair. While the nation teems with billionaires on one end, many are still literally “counting pennies.” An Economy for the 99%, a report released by Oxfam earlier this year, revealed another shocking figure: India’s richest 1% hold around 58% of the country’s wealth. The report details that 57 billionaires in India have the same wealth as that of the bottom 70% population of the country — the combined income of more than 847 million Indians.

While the richest 10% have seen their income rise by more than 15%, the poorest 10% have seen their share of income fall by more than 15%, as per Oxfam. With both the richest and the poorest moving rapidly toward opposite ends of the spectrum, it is inevitable that India will struggle under the deepening rich-poor divide in the years to come. It is also to be noted that this pattern is not unique to India, though it does not lessen the gravity of the situation in any way.

According to Oxfam, eight men now own the same amount of wealth as the poorest half of the world. Inequalities in income influence inequalities in other dimensions of well-being, and vice versa, the HDR highlights. A comparative reading of the reports suggests that the rich-poor gap is inversely proportional to human development levels.

For a clearer picture, look at Norway. The Scandinavian country, which ranks first in the HDR report, has 14 billionaires, as per Forbes. Second-ranked Australia has 33 billionaires, and Switzerland, ranking third, has 36. India has more billionaires than all of these three countries put together. But then, is a country only about its billionaires? Despite having a much smaller number of billionaires than India, these countries have fared unbelievably well when it comes to the life expectancy, schooling and per capita income. Agreed, there are other nuanced reasons to the situation, ranging from colonial baggage to demographic differences to sociopolitical climate and many others, but let us keep those on hold for the moment. How does India improve its human development performance? The answer revolves around the notion of universalism that no one should be left behind in the growth narrative.

UNDP believes that universalism is key to human development, and that human development for everyone is attainable. As is evident from the numbers, universalism in both theory and praxis seems to be an anathema to the preferred monetary machinery of India, for reasons best left unsaid. “Human development focuses on the richness of human lives, than the richness of economies,” says the HDR. That means we need to take the predictions that India’s economy would be the fastest growing in 2017 with an almighty pinch of salt.

Finally, does being ranked fourth in terms of the number of billionaires make Indians happier? Apparently not. The World Happiness Report places India 122 among the 155 countries ranked, with some of the key parameters being GDP, physical and mental health, and life expectancy. (Incidentally, Norway ranks first in this report too.)

What India needs is focused and deliberate investments in social security measures for every one of its citizens. The National Health Mission, the Mahatma Gandhi National Rural Employment Guarantee Act, and the Right to Education Act need to be in full flow, ensuring equal access to health, income and education outcomes across the country.

The fact that India has recorded a substantial improvement in the health sector — especially infant mortality rate, the number of institutional deliveries and immunization coverage — over the last 10 years (as per National Family Health Survey data) shows that the country is on the right track. India ranking 131 in terms of human development and 159 out of 230 countries in terms of per capita income (as per the Central Intelligence Agency) simply means even topping the Forbes Billionaires List might not be worth the smallest of celebrations. Until a time the country’s priority balance tilts in favor of the 41.3% who are multidimensionally poor, some Indians will indeed continue to be more equal than others. 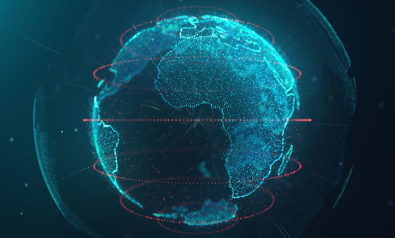 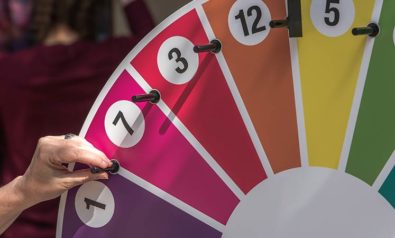 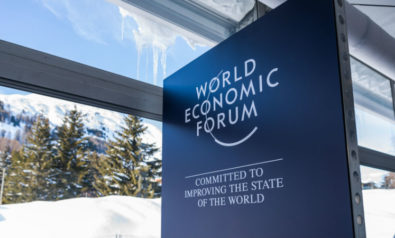 Davos Is Losing Its Shine