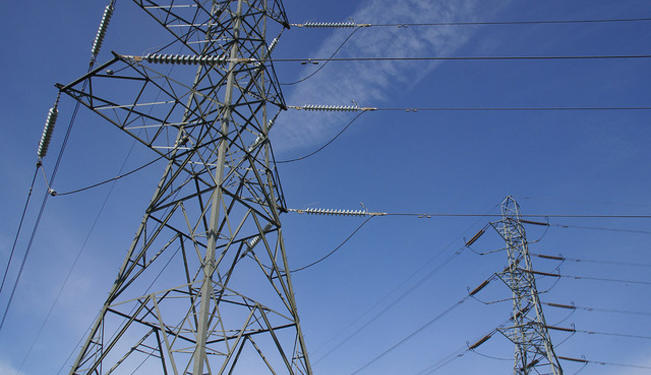 Controversies involving Chinese energy companies in hydropower development in continental Southeast Asia are in the news again. In September 2011, the government of Myanmar suspended construction of the Myitsone dam, a project started in 2006. In June, when fighting between Myanmar government troops and Kachin rebels broke out, observers were quick to draw connections of the conflict with the struggle for control of hydro dams under construction in the fighting areas.

In both cases, as well as in other locations in continental Southeast Asia, Chinese energy companies are investing and carrying out the construction. In the case of Myanmar, export of electricity so generated to China is a significant cause behind opposition by anti-dam activists worldwide and civil societies in the countries affected.

Cross-border electricity interconnectivity, then, becomes an option. It shortens the distance in electricity transmission, reducing costs of power line construction together with lesser loss of power to the lines themselves. Furthermore, economic activity naturally prioritises the supply of energy to the urban and production centres. This has been equally true of China and its neighbours to the south. Cross-border power integration, therefore, makes sense in terms of energy economics.

Cross-border interconnection of electricity systems between China and its southern neighbours did not become feasible until international development agencies stepped in. In 1992, under the sponsorship and assistance of the Asian Development Bank (ADB), the Greater Mekong Sub-region (GMS) Power Forum was first established. The forum’s member states – Cambodia, China, Laos, Myanmar, Thailand, and Vietnam – were therefore able to use ADB sponsorship for financial and technological support. In no small part, such sponsorship also provides a necessary cover for dealing with domestic opposition rooted in nationalistic approaches to energy supply.

The World Bank (WB) has since joined ADB in supporting the establishment of an integrated regional power market. The two Banks were instrumental in the six-member countries signing the Intergovernmental Agreement on Regional Power Trade (IGA) in 2002. The IGA has by now been ratified by all member states. Its key objectives include the provision of reliable and economical electricity to all parties.

Development of hydropower to feed the transmission lines between China and its southern neighbours has, however, received constant criticism. Indeed, in north America and western Europe, de-commissioning and demolition of dysfunctional dams, and resistance to the construction of new ones, have been a noticeable power industry norm. Activism in international anti-dam movements taking specific issue with the dams in GMS has become a well-known part of life.

Dams, especially large and tall ones that block the main through-flow, do impact the ecology of rivers. Underdevelopment in the border regions means residents in the riparian areas impacted by a dam project are heavily (and in many cases totally) dependent on access to the rivers for their subsistence. Inter-ethnic differences and even conflicts increase possibilities for well-meant energy/development projects to become a new source of conflict. Even without the ethnic dimension, a hydro-dam does bring electricity to residents afar but can be highly disruptive to life of those within its immediate affinities.

Social Impact Assessment, together with Environmental Impact Assessment, programmes have been incorporated in GMS regional power connectivity projects financed by the ADB. The ADB, WB and other funding agencies promote ‘best practice’ environment and social protection models for hydropower development companies to adopt and demonstrate their corporate responsibilities.

Scrutiny of company (mal)practices by international non-governmental organisations is by nature useful for different stakeholders in a hydropower development project to reach out to each other. Admittedly, progress on the ground is often incremental. For much of the border regions, nonetheless, hydro-power cannot be ruled out entirely, anti-dam campaigns notwithstanding. Coal for power generation causes environmental and human hazards. Solar and wind power is either too intermittent in supply stability or expensive for rural households.

To address energy poverty challenges in the border regions between China and its Southeast Asian neighbours, hydro-power development may well need to be accepted as a necessary option.

As part of the GMS development agenda, interconnectivity across the borders of China and its southern neighbours constitute an integral part of a regional power trade market. Hydropower development creates its share of problems but needs to seen in the context of dealing with energy poverty challenges as well.

Meanwhile, China – its state-owned energy companies and investment bank in particular – must be more creative in managing socio-political risks in power development projects in continental Southeast Asia, including Myanmar. There is no alternative to transparency in project decision-making and operation of energy infrastructure projects such as hydropower dams.

*[This article was originally published by RSIS on October 14, 2011].
The views expressed in this article are the author's own and do not necessarily reflect Fair Observer’s editorial policy.