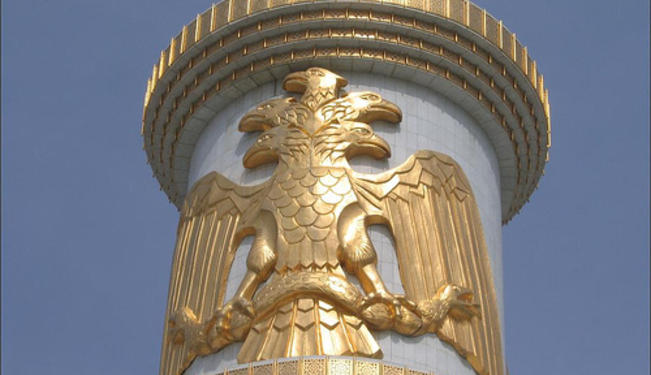 An overview and comparison of Central Asia’s political regimes.

In democracies, the election process is generally well defined while the election outcome is often uncertain. In autocracies the converse is true – the outcome is predetermined while the process is uncertain. By and large, elections in Central Asia are neither free nor fair and have made a mockery of democracy. This fact has become even more evident with the recent presidential elections in Turkmenistan.

In Turkmenistan, the manner of the elections, and the winner, are predetermined. This is a common practice in other post-Soviet countries in the region. Yet, the post-Soviet practice of all-decisive electoral victories is not as solid as it may look. As has been evident in Russia, leaders can still be re-elected without a run-off. However, now we are starting to see large-scale protest against the lack of fairness in the elections. This is worrying for leaders of post-Soviet Central Asian countries. In an age of mobilized societies, the danger for autocrats comes from elections themselves. Even where elections are a farce, society has started to mobilize and protest, much to the surprise of their rulers.

On February 12, Turkmenistan’s President Gurbanguly Berdymukhamedov was re-elected for a second term with 97% of votes cast and 96% of the total turnover; a substantial improvement on his previous electoral result when he got 87% of the votes cast. Aside from reaffirming the supposed legitimacy of the ruler, these staged elections have wider external consequences for the Central Asian region. Central Asian authoritarian regimes are constructing democratic facades for political legitimacy and the recent elections in Turkmenistan might strengthen that trend.

In other elections in the region, Kazakhstan’s Nursultan Nazarbaev received 95% of the votes cast, Uzbekistan’s Islam Karimov received more than 90%, and Tajikistan’s Emomali Rakhmon received more that 80%. The only exception was Kyrgyzstan’s Almazbek Atambaev, who in the post-second-revolt presidential elections of 2011 received a mere 63% of votes in contrast to his predecessors who invariably got more than 76% of the votes.

Within the presidential club of Central Asia, Kyrgyz and Turkmen presidents are outliers since they are relatively new to power – Mr. Atambaev is serving his first term and is the fourth president of Kyrgyzstan in post-Soviet times while Mr. Berdymukhamedov is serving his second term. The rest of the incumbents have been serving for 20 or more years. Turkmenistan surpasses all other countries in the region in terms of consolidation of powers and building the personality cult. The few hopes for political change that emerged after the death of the previous leader, Saparmurat Nyazov, faded away quickly and recent elections have reaffirmed that the regime would continue in an old-fashioned way.

In terms of trade, Turkmenistan only nominally belongs to the region. Its leading trade partners are Russia and China, rather than other post-Soviet states. Kazakhstan, Uzbekistan, Tajikistan and Kyrgyzstan rank only as the 10th, 11th, 18th and 31st trading partners and account for little more than 5% of the country’s trade. Turkmenistan’s export-based gas economy means that it determines its own policy within the region and its foreign policy is based on the status of neutrality. While the region’s other countries are members of various regional organizations (such as the Shanghai Cooperation Organization, and Collective Security Treaty Organization, among others), Turkmenistan is only a member of the poorly functioning Commonwealth of Independent States. Because of its export strategies, Turkmenistan is more connected to Russia, which itself is becoming an increasingly important player in the region.

Mr. Berdymukhamedov’s reelection was the only case of nonviolent transfer of power in the region. The first two presidents in Kyrgyzstan were overthrown as a result of popular revolts and Mr. Rakhmon came to power when his predecessor resigned amidst the civil war in Tajikistan. In Turkmenistan, the transfer of power was a result of the death of the predecessor. For some ageing rulers, is it the question of finding an adequate successor, rather than the preservation of their own power, which is more important. Some such rulers will be quite old by the next time their country holds elections–Nazarbaev will meet the end of his current seven-year term in 2018 at the age of 78, and Mr. Karimov will be 76. Only Mr. Rakhmon and Mr. Atambaev are relatively young – both will be 61 (in 2013 and 2016 respectively).

Under the current constitution, Kyrgyzstan’s president can serve only for one term and succession would work differently than in other Central Asian countries if the constitution is upheld. This might prove to be a model for the region in the future. Although the strongmen of the region might want to stick to their thrones, the Arab uprisings and electoral protests in Russia are showing that the Central Asian strongmen’s hold on power might not be as firm as it seems.