In the shifting sands of the power play unfolding in Afghanistan, New Delhi remains a mere spectator.

The latest round of US negotiations with the Taliban in Doha has garnered considerable international attention, with the group’s co-founder, Mullah Baradar, leading the insurgent team. As the search for an end to the long war in Afghanistan has intensified, prospects of a quick-fix solution through peace negotiations by major powers like the US and Russia has left India in a quandary. New Delhi’s policy of unconditional support provided to the Afghan government is hitting a roadblock as Kabul is being increasingly sidelined not only in these externally mediated peace negotiations, but also in the internal reconfiguration that is taking place in the light of the ongoing negotiations and the upcoming presidential election.

However, with a possible delay of the elections and talk of establishing an interim government to achieve progress in the negotiating efforts, what are India’s policy options? Will New Delhi reach out to the Taliban and other stakeholders? Or will it continue with its present policy of support to the Afghan government? More importantly, will the benefits of the last decade of soft power translate into tangible gains? These are serious questions that New Delhi will be confronted with in the summer of 2019.

Amidst contested data on how much territory the Taliban actually controls, the violence levels peaked in 2018 across Afghanistan. It is generally assumed that the Taliban threatens more than 70% of the country’s territory, and fatalities went up 11% compared to 2017, with 3,804 civilians killed in insurgency-related violence. According to President Ashraf Ghani, Afghan National Defense and Security Forces have lost more than 45,000 members since 2014. This amounts to 30 deaths per day, a staggering figure that makes the present security set-up untenable. Violence is projected to escalate as the Taliban prepares for another bloody spring offensive that will allow it to negotiate from a position of strength.

Afghanistan’s instability has direct security implications for India. Over time, not only have Indian projects in Afghanistan come under attacks by armed groups, but some of the India-delivered projects have come under the arc of insurgent influence. Reports indicate that the Zaranj Delaram road that was built by India is now controlled by the Taliban. There are concerns that in case of the return of the Taliban to Kabul in some form, which is one of the two scenarios of the ongoing peace talks — the other being a breakdown of the process — the attention of extremist forces and their sponsors would invariably shift to India, especially to Kashmir. The recent attacks in Pulwama are indicative of how the situation might develop.

In the last 17 years, India has been a strong advocate for a stable and peaceful Afghanistan. With more than $3 billion pledged as development assistance to various infrastructure and capacity building projects, India aimed to accrue good will of the Afghans through its soft power, being careful not raise the ante for Pakistan. The strategy worked until the announcement of a US drawdown in 2014 and the setting in of uncertainty associated with the security vacuum. Since then, India’s predicament continues to bring up new challenges with each passing year.

The debate in New Delhi has intensified over whether good will alone is a sufficient condition to protect India’s interests. Although over the years strategists have advocated some degree of military involvement, the government has steered clear of that path. India has provided some security training and helicopters, which, as far as the Afghans are concerned, is by no means a game changer. Moreover, Afghanistan’s stability is not only challenged by the Taliban-led insurgency alone, but also by internal power reconfiguration in the face of an impending presidential election and the scramble among external powers to hurry along the peace process in order to be able to withdraw. It appears that in the shifting sands of internal and external power play, New Delhi remains a mere spectator.

New Delhi’s policy of supporting the regime in Kabul and elite buy-in has demonstrated its inherent limitations. The credibility of the National Unity Government (NUG) is at an all-time low. Although the bickering between the two camps in the NUG has led to governmental inertia, New Delhi has maintained its policy of non-interference while at the same time increasing the amount of development assistance without any preconditions. Without improving the basic service delivery and helping extend the writ of the Afghan government, the aid-only policy will make no tangible difference on the ground.

New Delhi’s stated policy of support for indigenous Afghan-led peace efforts is proving to a lip service when the Afghan government is kept out of such negotiations. New Delhi attempted to find a place at the negotiation table by sending two senior retired diplomats to the talks in Moscow last November. Yet the move was restricted by its curious distinction between official-nonofficial participation, with the Indian representatives attending unofficially. It is perhaps indicative of the beginning of a policy change in New Delhi. However, India is yet to explore its leverage with the Taliban, particularly those within the armed group who have accepted the utility of Indian projects and assistance in the provinces.

The externally mediated peace talks face opposition from the Ghani administration and also a large chunk of the Afghan civil society groups who are concerned with the loss of the gains and freedoms achieved in last 17 years. A fractured Taliban and Pakistan’s own problems in the neighborhood may slow the process down considerably. Therefore, New Delhi still has time to effect broad changes in its approach that will outlast any regime change in Kabul.

It needs to be two-pronged. Firstly, India needs to help build the credibility and extend the writ of the Afghan government by improving its governance potential. This can be done by increasing the number of small development projects (SDPs) with greater interface with Afghan ministries to deliver the basic services in remote provinces. In discussions with the locals in Afghanistan, it is evident that while the urban elite favor large-scale projects, people in the provinces prefer SDPs that provide basic health, education, agriculture and irrigation services. A shift from high visibility projects to small-scale sustainable initiatives with integrated business plans and some amount of accountability measures would be necessary.

Secondly, India needs to focus on institution building. As Afghanistan prepares for another round of presidential elections currently scheduled for April, allegations of fraud and misconduct are bound to resurface. There is a need to help the country conduct a free and fair vote. As witnessed in 2014, another messy election result will only add to the dynamics of conflict, with fissures that can further polarize the country.

New Delhi cannot afford to simply build symbolic structures like the country’s current parliament without aiding the establishment of democratic institutions, systems and processes. Moreover, the absence of institutions in conflict mediation and justice has made people, particularly at the peripheries, turn toward the Taliban for instant justice. Strengthening the judicial sector and supporting the indigenous High Peace Council will provide an institutional mechanism for any meaningful reintegration and reconciliation processes and help prevent subversion from within.

The fact that New Delhi maintains a wait-and-see policy has led to considerable disillusionment among a large number of Afghans. India’s traditional support base in the north is swinging away, while support among the Pashtuns remains ambivalent. The promises made during the signing of the Agreement of Strategic Partnership in October 2011 — the first to be signed by Afghanistan with any country — had led to heightened expectations that are yet to be met. While the soft power approach has worked to a certain extent, New Delhi will need to shift to a smart-power approach to translate these short-term gains into long-term benefits. 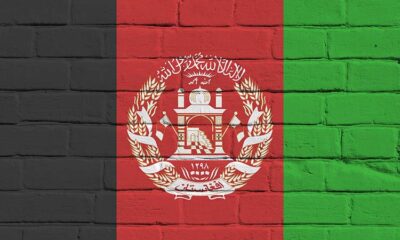 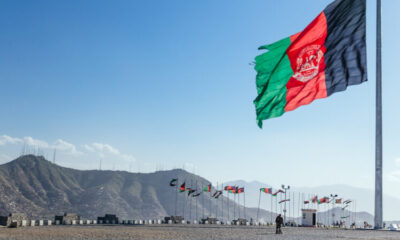 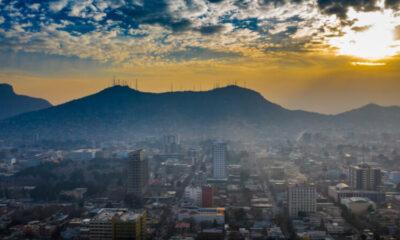