Rohingya Muslims in Myanmar are being driven out of the country in what the UN calls “a textbook example of ethnic cleansing.”

The Rohingya are a Muslim ethnic group that practices a form of Sunni Islam. For centuries, they have lived in Myanmar as a minority in the predominantly Buddhist nation. Rakhine State, where the Rohingya claim to be indigenous of, is home to one of the largest stateless populations numbering over 1 million. Myanmar does not identify the Rohingya as an ethnic group, and they have been denied citizenship since 1982. They are often described as the world’s most persecuted minority.

Violence, discrimination and a military crackdown on the Rohingya have caused them to flee from Myanmar to Bangladesh by the hundreds of thousands. United Nations High Commissioner for Human Rights Zeid Raad al-Hussein has declared these actions against the Rohingya to be a “textbook example of ethnic cleansing.”

Myanmar’s army, known as the Tatmadaw, has treated the Rohingya with cruelty for years. The latest bloodshed that caused the current exodus to Bangladesh began when the Arakan Rohingya Salvation Army — formally designated as a terrorist organization by Myanmar’s government — attacked army checkpoints and bases on August 25. Myanmar then halted all humanitarian aid to Rakhine, leaving those who remain without access to food, water, shelter or medicine.

It is now estimated that over 389,000 Rohingya refugees have fled into Bangladesh since last month. With little assistance from major international aid organizations, the Rohingya are left entirely to the charity of local nongovernmental organizations for their survival. 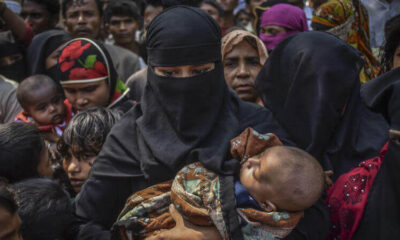 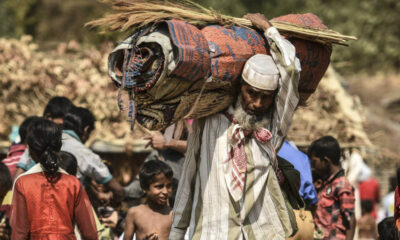