As reported by Al Jazeera, China’s President Xi Jinping is seeking to realize the traditional Chinese ideal of harmony within the borders of Tibet. He has a threefold goal: Xi wants to “build an ‘impregnable fortress’ to maintain stability in Tibet, protect national unity and educate the masses in the struggle against ‘splittism.’”

Anyone familiar with Chinese culture knows the central, practically sacred place that the value of harmony holds. It has both a spiritual and social dimension. It accounts for the ability of Chinese emperors in the past — as well as today’s Communist Party — to hold in tow a large and diverse population over a vast expanse of territory. It works by inducing attitudes of conformity and disciplined behavior that serve to maintain public order. Most Chinese accept this as a rational principle and an essential feature of their culture. People hailing from the individualistic cultures of the West still have trouble grasping this fact.

The concept derives from the dynamics of music that in ancient times infused Chinese culture. Harmony is not unison. It always implies the combining of divergent elements whose different principles of resonance produce sounds that converge in an agreeable or intriguing way. Dissonance that points to resolution within the dynamics of music is a necessary ingredient. This is true of every musical tradition. Elizabethan poet and composer Thomas Campion expressed this in the simplest terms in his poem, “Rose-Cheeked Laura”: “These dull notes we sing/ Discords need for helps to grace them.”

Xi appears not to be too fond of discord, even when it is needed for the sake of true harmony. The Chinese government has even invented a barbarous word that English translators appear to have accepted because a more conventional translation, such as “separatist,” fails to convey its deeper meaning. That word is “splitism.” Unlike separatism, which supposes two potentially autonomous entities, splitism designates something akin to a violation of the integrity of a territory, a people or a culture. It is an attack on unison voicings.

Concerning the status of Tibet, a territory, like Xinjiang, potentially guilty of splitism, Xi offered a practical suggestion demonstrating his unorthodox conception of harmony. Al Jazeera summarizes Xi’s message: “Political and ideological education needed to be strengthened in Tibet’s schools in order to ‘plant the seeds of loving China in the depths of the hearts of every youth.’”

Active principles of emotional orientation that can be based either on the authentic concern for the good of the other or on a policy of intimidation sufficiently strong in its negative force to appear superficially to resemble deep and spontaneous affection for the object of one’s fear.

Xi’s concerns with the hearts of young Tibetans and his idea that they may be fertile ground for “seeds of loving” radically distorts the traditional notions of both harmony and love he seeks to promote. The questions every society must ask itself are, “What is harmony?” and “What is love?”

In both Chinese and Western music, harmony implies the physical notion and even cosmological notion of sympathetic resonance. One student of Chinese musical culture describes harmony as an “inner dialectic between the creation and resolution of tension and, by extension, a similarly nuanced relationship.” Thomas Campion would undoubtedly agree. In other words, harmony is not the effect of unison or forced imitation, but of the coming together or the resolution of diverse discords.

Xi’s idea of love appears to radically differ from that of Lao Tzu, who famously said: “Go to the people. Live with them. Learn from them. Love them. Start with what they know. Build with what they have.” If it resonates with anything, rather than with Lao Tzu, Xi’s concept recalls the traditional right-wing slogan cast in the face of protesters against the US war in Vietnam: “Love America or leave it.” Xi wants Tibetan youth to love China, but, in contrast with Lao Tzu, he is unwilling to learn from them. They must learn from him.

Perhaps Xi is seeking to distinguish China from the decidedly superficial and jaded West that no longer pays attention to its youth. US politicians have clearly become indifferent to “the depths” within the hearts of the younger generations. China at least thinks about its youth.

US President Donald Trump has dismissed this generation’s young protesters as “anarchists and agitators” who must be reined in by a strict policy of “law and order.” He has shown some love for the 17-year-old vigilante Kyle Rittenhouse who killed two protesters, but the president is doing everything within his power to prevent young people from voting. The Democratic National Convention underscored the startling fact that it has consciously abandoned the youth-oriented movement led by Bernie Sanders, a movement that was clamoring for health care, social justice, reduced military engagement and relief from oppressive debt. The Democrats consider all these issues, which are truly “at the depths” of young voters’ hearts, as irrelevant to their overriding mission of electing a man with no vision for the future, who will turn 80 in his first term.

Al Jazeera reports on Xi’s vision of the future: “Pledging to build a ‘united, prosperous, civilised, harmonious and beautiful new, modern, socialist Tibet,’ Xi said China needed to strengthen the role of the Communist Party in the territory and better integrate its ethnic groups.” And it will all be done in the name of harmony.

Chinese political analysts and apologists claim that “China’s long tradition of thinking about harmony makes it uniquely able and disposed to exercise soft power in world politics.” In the realm of geopolitics, Xi claims to understand the value of the concept of soft power, an idea initially proposed by Joseph Nye to contrast with the hard power of military might.

That may or may not be true. But internally, Xi mobilizes the same soft-power rhetoric, including the appeal to harmony, to justify a policy of hard power designed to enforce something more like conformity than harmony. On the international front, Xi understands that since the United States, under the past three presidents, has allowed military power and economic sanctions to define its foreign policy, by doing the opposite — notably thanks to the Belt and Road Initiative — China could emulate the success the US had with its Marshall Plan for Europe following World War II.  But can China achieve this goal in harmony with the nations it is bringing on board? That is a moot question.

Xi’s conception of the concept of harmony is innovative in the sense that it diverges from tradition. In her book, “Music Cosmology and the Politics of Harmony in Early China,” Erica Fox Brindley places the origins of the Chinese concept of harmony in ancient times, when “conceptions of music became important culturally and politically.” Xi’s musical tastes as demonstrated in this official government rap song appear to have little in common with the contemplative character of traditional Chinese music. Xi’s wife is a famous singer, but the harmony of her music on display in this patriotic song demonstrates greater respect for conventional Western harmony than it does for the Chinese musical tradition.

While explaining the roots of the concept in Chinese spirituality and “protoscientific beliefs on the intrinsic harmony of the cosmos,” Brindley reminds her readers that the “rhetoric of harmony in the People’s Republic … is complicated.” The author identifies the Zuo Zhuan — one of the earliest works of Chinese history composed before 500 BC — as the “locus classicus for defining the term ‘harmony’ in ancient China.” Harmony refers “not merely to the conformity of similar items but to an appealing admixture of many diverse ones.” Xi’s current admixture reflects little more than the combination of stale Western trends with Chinese pop vocal style.

There is a traditional saying in Chinese, lǐ yuè bēng huài, which literally means “rites and music are in ruins.” As Jamie Fisher explains on his website dedicated to learning Mandarin, the idiom “refers to a society in disarray.” Xi would claim that his new rites and music are solidly built and are a protection against the prospect of ruin that the entire world is facing. Lao Tzu might disagree, at least concerning the methods employed. 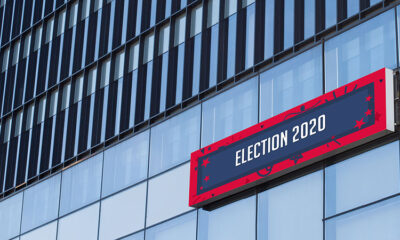 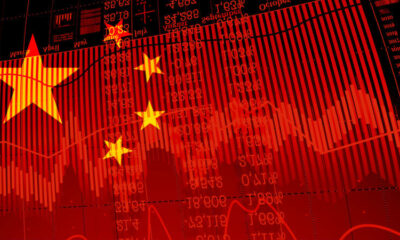 The Dilemmas of China’s Economic Rise 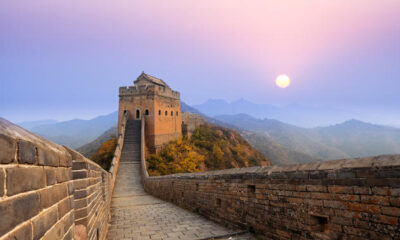