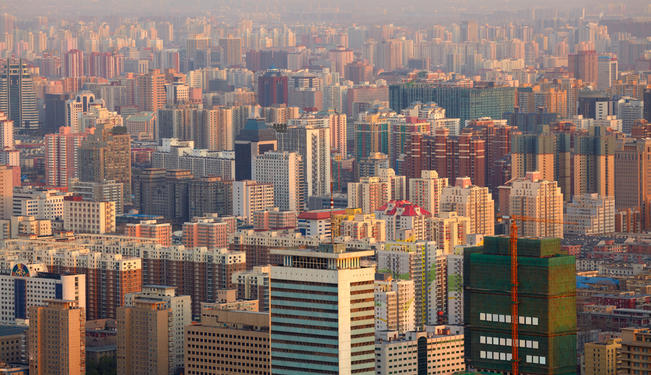 In times of uncertainty, financial prudence is the best route.

There has been much talk recently of a potential crisis in China’s banking system, and several financial ratings agencies and analysts have suggested all is not well. However, the Chinese system is so opaque, it remains difficult to get a clear picture. Much of the talk and debate remains theoretical and hard to prove.

Even the slowdown in Chinese manufacturing and inbound FDI has largely been passed off as a result of the lingering effects of the global economic situation. Yet Shenzhen, a benchmark city in China and the central hub for much IT and hi-tech manufacturing, is experiencing its slowest growth rates since 1979. That isn’t about any global slowdown, that is about high wages and infrastructure that is expensive to maintain. Paradoxically, the global GDP rate was above two percent last year at a time when GDP growth in China is slowing. Higher costs are now coupled with a realization among many analysts that all may not be sustainable in China’s 20 year manufacturing boom. Their sentiments are beginning to have an impact.

Looking Back in Time

This is not the first time that China has gone through such a crisis, and looking back may provide some clues as to the likely behavior should times get tough in China, as some people are suggesting. We can go back in time relatively recently – although perhaps beyond the time of many foreign invested businesses – when China last defaulted on loans and had banking problems. For that, we need to turn the clock back to 1999 and 2000 to see what occurred then, 13 years ago.

China had been encouraging foreign investment into a number of government-backed and owned financial institutions, including what was, at the time, one of the country’s largest state-owned enterprises – the Guangdong International Trust & Investment Corporation (GITIC). The SOE took significant amounts of foreign capital in the form of bonds, and was to invest the income in many of Guangdong Province’s infrastructure development plans, which made sense as the Provincial growth rates were sky high and it was becoming China’s largest manufacturing hub.

Yet among a plethora of bad investments, multiple white elephants (Zhuhai’s “international” airport among them), and corruption, GITIC went bankrupt with liabilities of US$4.7 billion, and it remains China’s largest corporate bankruptcy to date. China was also experiencing credit problems at the time, and difficulties with its foreign currency reserves. It was not uncommon for fully legitimate profit transfers by foreign investors from RMB earnings into foreign currency to be delayed by the State Administration for Foreign Exchange (SAFE) for periods often in excess of six months. However, the GITIC bankruptcy was too much for the Chinese government to take on – so they reneged on the foreign debt. Chinese creditors in GITIC came first, and foreign holders of bonds went to the back of the queue.

The Chinese government hid behind a technicality that had required all foreign investors to have lodged their investments with SAFE. There was much debate about what this actually meant at the time; however, the general feeling was that China was not acting honorably. Although, to be fair, the majority of foreign investors in the form of financial institutions had not looked closely enough at China’s bankruptcy laws and the problems within that.

Faced with large losses, international bankers began readjusting their financial lending policies and China found international banking credit lines drying up. Meanwhile, our team at Dezan Shira & Associates was advising numerous clients who could not repay back their original investment loans to head offices as expected because SAFE had run out of forex. For all, with no exceptions, the Chinese RMB profits just sat in China, and we advised on getting tax breaks and re-investment incentives for China-generated profits that quite patently was not going to be leaving China any time soon.

But another deadline was approaching – China’s accession to the WTO. That soon became a larger priority than worrying about liabilities in Chinese SOEs, and the incident after a lot of moaning and groaning from the affected international lenders died down in the euphoria of China becoming part of the global trade body. And that, for the past 13 years, is where things have pretty much been left in the average foreign investor’s eyes.

There have in fact been changes to China’s bankruptcy laws since the GITIC scandal, back in 2007. The China Enterprise Bankruptcy Law came into effect in July that year, which will cater for most business liquidations and bankruptcies that foreign investors will face in China. However, it is yet to be significantly tested; the recent Suntech bankruptcy being the first major occasion in which its merits or otherwise will be examined.

Of perhaps greater concern is the fact that no effective bankruptcy mechanism exists in China for dealing with its financial services and banking industries – the very institutions that are facing enormous stresses at this time. Such measures are not yet in place and only at the provisional drafting stage. This is mainly due to the old communist adage that the State cannot go bankrupt; yet as GITIC showed over a decade ago, that no longer holds true.

So what can be learned from the GITIC incident in light of contemporary concerns about China’s banking health? I would suggest the following, should things start to become wobbly:

As I mentioned earlier, it is hard to know how things actually stand in China. But in over 20 years of advising clients throughout Asia, one thing always remains true: in times of uncertainty, financial prudence is the best route. I would advise foreign investors in China to be taking steps to lessen risk until the situation becomes clearer.

But all is not doom and gloom. For well-managed companies during any downturn in China, later opportunities always present themselves. In 2000, we began assisting clients on the first of what proved to be many acquisitions over the years involving bankrupt stock and assets, as many MNCs and entrepreneurs positioned themselves to take advantage of the carcasses left over from lesser well-run businesses. Even Chinese bankruptcies can have their upside for foreign investors – the trick is to ensure that during such times, your business remains secure and watertight.