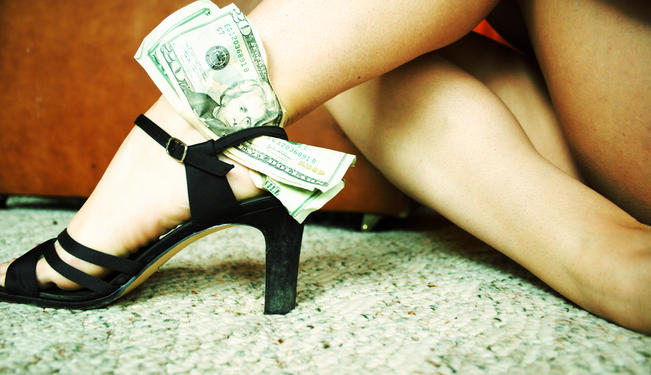 Should prostitution be legalized?

It has been ten years since New Zealand parliamentarians, after considerable debate and encouragement from sex workers, mainstream women’s organizations, and public health advocates, voted for changes to the laws governing prostitution.

The Prostitution Reform Act 2003 (PRA) heralded a significant turnaround in approach, repealing laws that had been used to criminalize sex workers and created circumstances that contributed to their vulnerability. Rather, the aim of the PRA is to decriminalize prostitution and safeguard the human rights of sex workers, while protecting them from exploitation. The law also states the importance of promoting sex workers’ welfare and occupational safety and health, and that the law be conducive to public health. In addition, it prohibits the “use in prostitution” of people who are under 18.

Today, as it was before the change in law, sex work is widespread, and mostly occurs in a low-key way in minor towns and in every major city throughout New Zealand. Yet the industry has not grown in the last ten years. It's not obvious that the sex trade has been decriminalized: brothels are not on every corner, nor are “sex for sale” signs flashing at the unsuspecting.

However, inside, brothels now display safer-sex information prominently. Sex workers are allowed to work in managed brothels with no size restrictions, or to collectivize and work as equals with colleagues, or to work alone. Home occupation and standard business zoning laws generally apply — although there have been some city councils who have been successfully challenged in court for the development of unreasonable bylaws restricting the location of brothels. Street-based sex work is allowed and there is no regime of licensing or mandatory testing of individual sex workers.

Sex worker registers are a thing of the past, in recognition that it is not sex workers who need monitoring as criminals. However, operators of brothels, and anyone involved in directing sex workers for profit, are required to have an operator’s certificate. These certificates are issued by the District Court and withheld from people with specific convictions, including those for violence.

The PRA enables sex workers to reach out for help and access justice if necessary. While the police were previously the enforcers of anti-prostitution laws, they are now widely regarded by sex workers as their allies in the prevention of violence. The police, too, report the effectiveness of decriminalization in building non-coercive relationships with sex workers as a violence prevention strategy.

The law also explicitly reinforces the right of sex workers to refuse to continue providing services to any client, to prevent the confusion that sex workers give away this right as contractors to brothel operators. The government has published guidelines with input from sex workers that expands on this, and which address issues of security and safety in the context of sex work.

Decriminalization of sex work creates many opportunities to head off exploitation, and is significant as an anti-trafficking tool – Immigration New Zealand continues to report that they have found no instances of sex trafficking in New Zealand, despite their determined forays into the migrant sector of the sex industry.

Reports that large numbers of youth are now trafficked by gangs into prostitution are not backed up by police evidence. Government and community-based agencies, including peer-based sex worker groups, collaborate to assist youth who are involved in sex work. This collaboration would not have occurred prior to decriminalization due to mistrust of the police.

Decriminalization has also created higher standards and expectations in relation to occupational safety and health. Sex workers, and even their clients, will blow the whistle if they suspect something in the work place that doesn’t look quite right.

There have been mundane complaints about withheld money by clients or brothel operators, which have been resolved in an easy to access Disputes Tribunal setting in the local district court (though there is an arbitrator rather than a judge, and no lawyers are present), to more serious reports of underage sex workers being illegally hired, resulting in jail time for brothel operators. Sex workers have utilized their right to combat workplace sexual harassment from their bosses using human rights legislation; a right unimaginable prior to decriminalization and probably unobtainable while brothel-keeping was illegal.

There is also a freeing up of communication. Prior to the law change, the sex industry was hidden under a range of misleading identities, such as escort agencies and massage parlors, which had to pretend that commercial sex was not their main purpose. This distancing inhibited the health promotion strategies that sex workers and brothel operators now use to build a strong culture of safer sex.

Today, people who are considering sex work are unlikely to arrive at a business with the promise of “Earn $$$ Now” and “onsite training available” and be unaware that its real purpose is to provide commercial sex services. Instead, they are legally able to seek practical and realistic information to inform their decision to become a sex worker.

Of course, negotiations between sex workers and their clients can be more focused on the things that matter. Sex workers can negotiate more carefully without the pressure of wondering if their next client is an undercover cop who is about to arrest them and count their condoms, or someone who may cause them other kinds of harm.

Corruption has also been nipped in the bud, with the police recently prosecuting one of their own for unlawfully trying to extort sexual favors from a sex worker with traffic offences.

The Department of Labour has produced guidelines after consulting with sex workers and brothel operators, which expand on issues of security and describe safe ways in which to provide services such as “outcalls” to the homes of clients. They also address sexual and reproductive health themes and promote the importance of regular, but non-mandatory, testing, in recognition that it is condom use and other safer sex practices, and not testing, that most effectively prevents the spread of sexually transmitted infections (STIs). The law forbids brothel operators promoting or implying that their staff are free from STIs, but requires them to explicitly promote safer sex.

The prevalence of sexually transmissible infections for the country’s estimated 5,000 sex workers is in line with other general populations, with HIV remaining negligible. Medical Officers of Health, under the auspices of the Ministry of Health, have the power to inspect brothels and check compliance with health and safety requirements. The police only routinely visit to inspect liquor licenses.

The approach to allow sex work to occur, supported by labor and other mainstream laws, is now accepted by most people in New Zealand. There are local controversies, such as the lack of zoning for street-based sex workers, which ignite debate, with a bill before the parliament to give councils the power to do so. Interestingly, the police have backed the New Zealand Prostitutes Collective in opposing this bill, recognizing that informal agreements are more effective than imposed legal regimes.

Decriminalization of prostitution is being called for by sex workers in many countries, including India, Fiji, Scotland and, of course, the United States. For sex workers, it goes much deeper than repealing key parts of legislation that criminalize their work. Like others, they want the rights and responsibilities to participate in society without discrimination. The New Zealand model of law reform is a step to creating conditions that allow this to happen.