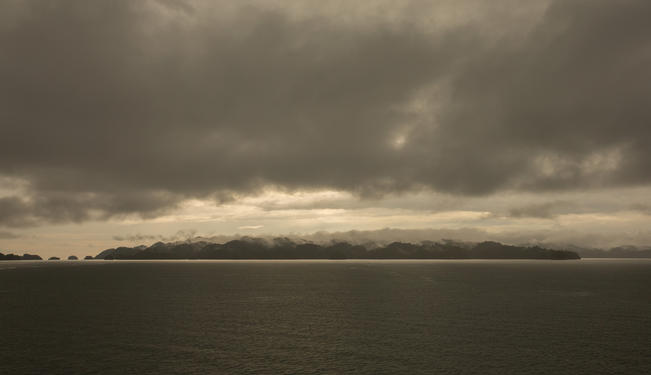 Colonial attitudes must be overcome and replaced with international support for West Papuans.

The very unpredictability of politics is the greatest hope for those seeking an independent West Papuan state. Here, some of the key issues occupying West Papuan nationalists and observers of the region's politics are addressed, including whether West Papuans are entitled to their own state; whether such a state would be politically and economically viable; and what chance Papuans have of forging their national vision into a constitutional reality.

Do West Papuans Have a Right to Their Own State?

Although the answer to this question is politically unpalatable for Indonesia and the countries that have, to date, supported Indonesia’s “territorial integrity” (West Papua inclusive), under international law, West Papuans preserve the right to choose political independence.

The right to self-determination is enshrined in treaty law through the International Covenant on Civil and Political Rights and the International Covenant on Economic, Social and Cultural Rights, both of which declare: “All peoples have the right of self-determination. By virtue of that right they freely determine their political status and freely pursue their economic, social and cultural development.”

Indonesia acknowledged this right by agreeing to a United Nations-sponsored referendum in 1969, through which West Papuans were to be given a chance to opt either for integration with Indonesia or self-sovereignty. However, Indonesia thwarted the democratic process in the so-called Act of Free Choice (AFC). Less than one percent of West Papua's population was selected to vote on behalf of all West Papuans for Indonesian rule.

The unsurprisingly unanimous, pro-Indonesian decision under the AFC was accepted by the United Nations General Assembly later in 1969. Since then, West Papuans have lobbied the UN, Indonesia, and the international community to provide an unrigged ballot through which they might freely and fairly determine their own political status.

Could West Papuans Govern Themselves if Given the Chance?

This question smacks of a residual colonial mentality and resounds of fiscal self-interest. Yet it is a question regularly posed, and often answered in the negative, by observers of West Papua’s independence movement. One may think, however, that Australia, for instance, might consider the money it could save by no longer funding and training many of the Indonesian troops and police deployed in West Papua to suppress “separatism.”

To be sure, an independent West Papua would face significant obstacles during and after an inauguration of self-rule. With a history of Jakarta-engineered divide and rule tactics targeted at foiling West Papuan attempts to politically consolidate as well as exacerbating tribal and regional enmities, West Papuans are already on the back foot in state making.

Effective education, technology, and health infrastructure would need to be built almost from scratch. A culture of corruption and nepotism, ubiquitous within Indonesian politics, would need to be overcome, and English would have to be a widely spoken language — at least among West Papuan office holders so that West Papua can take part in international forums. The racial and cultural gulf between the predominantly Asian Muslim migrants to West Papua — currently comprising more than half of the territory’s population — and indigenous Christian Papuans, may prove difficult to surmount even with fair governance.

Nevertheless, West Papuans are wealthy in many respects. Economically, their land contains such substantial gold and copper deposits that it hosts one of the world’s largest gold and copper mines, owned by US-based Freeport McMoRan Copper and Gold Inc. West Papuans have spent the last 50 years, since Indonesian occupation of their land, forging a strong national identity and developing their struggle strategically, diplomatically and even militarily, all of which will stand them in good stead in the event of independence. This comes in contrast to neighboring Papua New Guinea, a country of frequent comparison, often criticized for its political instability, but whose independence came about all too easily in the view of some during the era of decolonization rather than through opposition to a colonial power, as would be the case for West Papua.

Most importantly, perhaps, there are many West Papuans in the diaspora and in-country who are smart, capable and committed (unofficial) politicians. It could be said that Indonesian misrule has made independence activism a default career for hundreds if not thousands of educated Papuans both at home and abroad. In a sense, this is just as well since there has been a terrible toll of revered Papuan leaders since the 1970s at the hands of Indonesian security forces.

Driven into exile by constant death threats, human rights campaigner John Rumbiak suffered a stroke in 2005 and has never recovered, while the military assassinated the much-loved anthropologist, musicologist and musician, Arnold Ap, in 1984 and independence leader Theys Eluay in 2001. For their part, Indonesian police assassinated former guerilla leader Kelly Kwalik in 2009 and youth leader Mako Tabuni in 2012.

A strong culture of civil resistance is developing amongst a cadre of well-educated and internationally connected West Papuan leaders with the potential to utilize their skills in a Papuan state. Interim government structures are generating a host of viable ideas about indigenously appropriate governance, and constitutional options. If given the opportunity to self-govern, there is no reason why West Papuans would be less able to function in this capacity than their neighbors in the formerly Indonesian state of East Timor.

Although West Papuans should have the right to determine their own political future, and do have the capacity to govern a viable state, the likelihood of such an opportunity arising for them to do so is uncertain. And in the event of a referendum on independence, given that the migrant Indonesian Austronesian population in West Papua outnumbers the West Papuan Melanesian population, there is little incentive for the migrant residents to vote for independence.

The importance of the revenue accrued to the Indonesian state from Freeport mine is enormous, as is the value of West Papuan land for oil palm plantations and settlements for Indonesian migrants seeking opportunities away from their overcrowded home islands. The Indonesian government’s attitude toward West Papuan aspirations for greater freedom is unlikely to relax under any of the several ultranationalist presidential candidates vying to follow on from President Susilo Bambang Yudhoyono in 2014.

Even so, there are weaknesses in Indonesia’s hold over West Papua that Papuans are effectively exploiting, replenishing the independence movement with the oxygen of hope. Solidarity groups like International Parliamentarians for West Papua and International Lawyers for West Papua are gaining the support of big names from around the globe, largely through the campaigning of West Papuans in the diaspora such as Benny Wenda in the United Kingdom. The efforts of one peak body for West Papuan independence groups, the West Papua National Coalition for Liberation, has recently been successful in placing, for consideration, West Papuan membership of the Melanesian Spearhead Group at the top of that group’s agenda. Mass media in Australia and elsewhere is highlighting human rights concerns in West Papua. Independent media is showcasing the conflict in feature films. Australian politicians have debated the issue of West Papuan independence in parliament. And social media networks, to which many West Papuans are connected, are widely disseminating West Papuan requests for help.

In the case of East Timor, it was Australian public sympathy and outrage that finally forced the Australian-led UN intervention into action, enabling the process towards independence to continue. West Papuans have demonstrated over the past five decades that they will not give up on their dream for independence, no matter how bloody Indonesia’s repression becomes. Indonesia is adamant that West Papua remains a part of its unitary state so that short of international intervention, whether diplomatic or military, West Papuans are unlikely to gain a new referendum on their political status.

If the West Papua crisis does unfold in a similar fashion to East Timor’s, hopefully it need not suffer its own Santa Cruz massacre of 250-plus protestors. Captured on film in 1991, this atrocity raised global awareness of the crisis in East Timor and transformed international support for its aspirations.

Perhaps new media and technology publicizing the “slow-motion genocide” in West Papua will invoke similar public outrage, forcing the hand of the international community to attend to West Papuans’ demands. The odds are certainly stacked against West Papuan independence aspirations. But politics are fickle; hope is infectious; and East Timor demonstrated that David and Goliath have their contemporary counterparts. West Papuans have the most to lose in pursuit of a state for their nation, yet they never say die. As concerned observers, how can we? 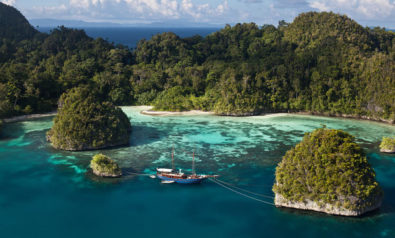 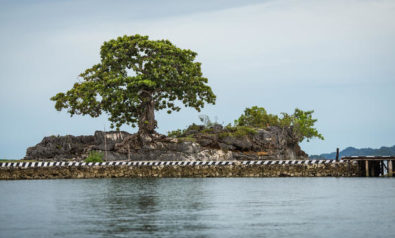 The Struggle for Independence in West Papua 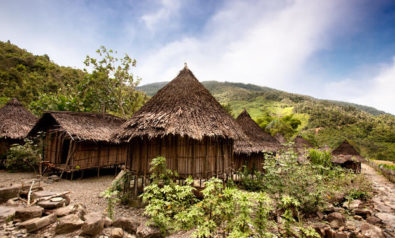 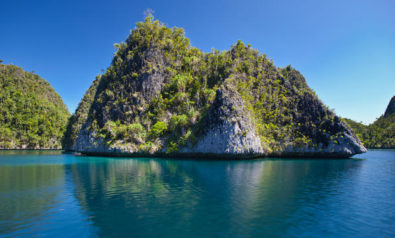 Is a Free West Papua on the Horizon?