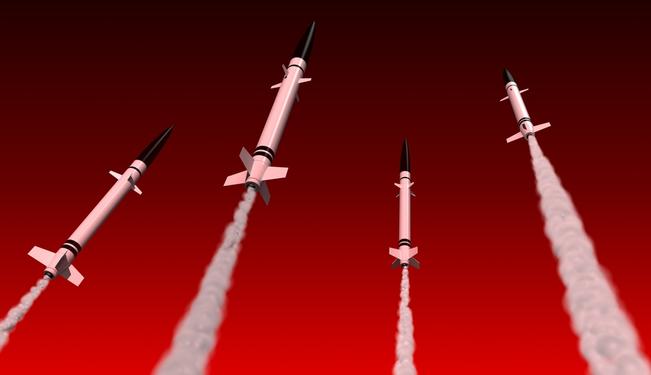 What is the role of high-speed cruise missiles in providing firepower for land-attack missions?

Over the last two decades, cruise missiles were predominantly deployed by a select group of advanced industrial countries, in particular the United States. Subsequently, there had been a wider use of this weapon system by militaries, partly due to globalization which accelerated technology diffusion, but also because of affordability and operational requirements (in particular the search for asymmetric capabilities).

Asian militaries top this list. The main advantage of cruise missiles involves the ability to strike targets accurately almost under any weather condition from a long-range by evading most air defenses, and with minimal risk to friendly forces.

Although most countries in Asia have acquired anti-ship cruise missiles (ASCM), China, India, Pakistan, South Korea and Taiwan are developing or have deployed land-attack cruise missiles (LACM). Some Southeast Asian countries such as Indonesia, Malaysia and Vietnam have also expressed interest. Japan has indicated interest in a system that could endow it with preemptive strike capabilities — for which cruise missiles could fit the bill.

For countries such as Japan, South Korea and Taiwan, the high-cost of deploying missile defenses and the treaty restrictions in developing ballistic missiles have made cruise missiles an attractive system to strike against potential adversaries' ballistic missiles and artillery systems.

As with any military technology, there is always a dynamic between defense and offence. Deployment of cruise missiles have also resulted in consequent developments in defense: active countermeasures include advances in early warning systems and the deployment of Airborne Warning and Control System (AWACS) aircraft, as well as the strengthening of passive defenses such as installations holding critical assets like aircraft or command and control equipment. Moreover, new operational requirements have intensified efforts to acquire high-speed cruise missiles.

R&D in Supersonic and Hypersonic Systems

Five countries in Asia — China, Japan, India, South Korea and Taiwan — have either civilian and/or military programs aimed at developing supersonic and hypersonic systems. It is generally agreed that supersonic systems (powered by ramjet engine) operate in the range of Mach 2-4 and hypersonic (scramjet engine) over Mach 5; most of the deployed LACMs fly at subsonic speeds of around 800km/hr.

China Aerodynamics Research and Development Center and the National University of Defense Technology are currently working toward scramjet propulsion, pulse-detonation engines and turbine-based combined cycle (TBCC) engines, with an aim to eventually develop hypersonic missiles and aircraft. Further, the China Academy of Aerospace Aerodynamics has reportedly developed an experimental scramjet.

The Japanese Aerospace Exploration Agency (JAXA) is involved in developing high-speed air-breathing propulsion for a hypersonic aircraft. JAXA is also collaborating with institutions based in Australia, Germany, Italy and the US in developing scramjet-based systems for space access. In 2012, Japan reportedly tested a rocket-based combined-cycle engine model under Mach 8.

India currently deploys the ramjet-powered supersonic LACM Brahmos flying at 2.5-2.8 Mach, and has plans to collaborate with Russia to develop a kerosene-based hypersonic Brahmos 2. Concurrently, the Defense Research and Development Organization is working on a hypersonic system that could fly at Mach 6-7 speed propelled by scramjet. Similarly, for space access, India's civilian space agency has been working on a hydrogen-fueled scramjet engine.

Taiwan's Hsiung Feng III (HF-3) LACM is propelled by a ramjet engine flying at a maximum speed of Mach 2 with an estimated range of 150-200 km. Initially developed as an ASCM by Chung Shan International Institute of Science and Technology, it was later reported that the missile also has land attack capabilities and entered into service in 2008.

A new entrant of the cruise missile club, South Korea, has also been developing a supersonic Haeseong-2 LACM from the existing ASCM Haeseong-1 (Sea Star, or SSM-700K). In September 2011, Korea Times reported that the missile was slated for deployment by the end of 2013 and has a range in excess of 500 kms.

Additionally, the Korea Aerospace Research Institute (KARI) has on the drawing board a two-stage Mach 4 scramjet propelled surface to air interceptor. Reportedly, KARI has ground-tested various scramjet components required for this concept.

Evolution or Revolution in Fire Power

Supersonic cruise missiles would increasingly become an attractive option due to the following factors.

Firstly, they reduce sensor-to-shooter to-target times. A supersonic LACM flying toward a target at a distance of 1,000 kms has clear time advantage of over 60 minutes over its subsonic counterpart.

Secondly, the kinetic energy of a supersonic missile not only increases the explosive power of a warhead, but also facilitates reduction of the warhead payload, which helps in expanding the range of the missile. Moreover, they are also very useful for targeting hardened targets; this is important given the hardening of installations as part of key passive defensive measures undertaken by many countries.

On the other hand, hypersonic air-breathing missile is a key emerging technology. For an effective and efficient use of this technology, changes are necessary in organizational structures, decision-making processes, operational concepts, and C4ISR systems. For most Asian militaries, accustomed to organizational and procedural inertia, bringing these changes in itself is revolutionary.

Asian militaries are still in the process of inducting subsonic LACMs — supersonics in some cases — in significant numbers, and currently are working on innovative concepts and organizational changes that aim to take advantage of these systems in affecting the outcomes on the battlefield. Therefore, induction of high-speed missiles is evolutionary.

Nevertheless, in a decade, military commanders in Asia would be able to have a cruise missile delivered to their target 1,500 kms away in less than 30 minutes.

*[Note: Kalyan M. Kemburi is an Associate Research Fellow with the Military Transformations Programme at the S. Rajaratnam School of International Studies (RSIS), Nanyang Technological University. This article was originally published by RSIS.]