The cultural diversity of the Asian-African Commemoration Conference is admirable. [Click the image above or scroll down to view the mini gallery.]

If you were in Bandung, Indonesia in April, you wouldn’t have been able to avoid the 2015 Asian-African Commemoration Conference. The streets were decorated with colorful flags and banners depicting the now iconic leaders who attended the same event in 1955.

At that time, it was one of then-President Sukarno’s proudest moments. Aimed at targeting colonialism and neocolonialism, the conference brought together countries in a bid to strengthen Afro-Asian relations.

Representatives of many countries were invited to participate in the 2015 festivals and promote their cultures and traditions. I was there representing my own country, the Netherlands.

The representatives were well-taken care of: They were put in the best hotels the city had to offer; they were led around the city by young and enthusiastic guides; and they even had their own assigned bodyguard and driver. Needless to say, we were pampered.

Guests were taught the “Asian-African Carnival dance” by professional dancers and were invited to participate in a 20,000-strong Angklung (a traditional Sundanese musical instrument) concert, setting a new record for the Guinness Book of Records.

Alongside the carnival, a formal Asian-African Summit was held, which was attended by world leaders and representatives from dozens of countries, showing that many Asian and African nations were committed to keeping the Bandung Spirit of 1955 alive.

Three important documents were signed at its conclusion. The first was a renewal of the commitment to the Bandung Spirit, upon which Indonesian President Joko Widodo highlighted that “solidarity, friendship and cooperation are still relevant as the world is still imbalanced, far from fairness and peace.” The other two were the Declaration on Re-invigorating the New Asian African Strategic Partnership and the Declaration on Palestine.

Events like these are ever more important in a world that has seen increasing hardship over the past decade. It’s good to see that this conference was so well-received by its visitors both in the cultural and political sense. Amid the rise of religious extremism, growing inequality and the controversy surrounding the Bali executions, it is important to keep dialogue going and raise awareness of each other’s cultures and traditions.

The Indonesian tourism minister expressed his desire to make the Asian-Africa Carnival an annual event after seeing the success in April. Let’s hope this becomes a reality. 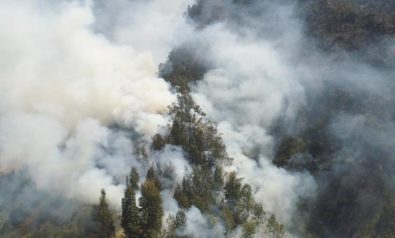 How Indonesia Can Prevent Forest Fires