Aung San Suu Kyi continued a pattern of denial and unwillingness to criticize the Myanmar military over crimes against the Rohingya.

In a rare interview with an international news network, Myanmar’s leader Aung San Suu Kyi downplayed atrocities committed against the Rohingya people in the country’s Rakhine State and dismissed growing international criticisms of her response to the abuses.

In the interview given to the BBC, Suu Kyi ardently denies charges that Myanmar’s military is engaged in ethnic cleansing. Suu Kyi preferred instead to frame the situation as a matter between “people on different sides of a divide” and insisted that those who have been displaced by violence are welcome to return.

Lost between this denial of atrocities and dubious invitation to return to safe conditions are serious human rights abuses by military and security forces, which prompted the United Nations Human Rights Council last month to establish an independent, international fact-finding mission—a mission with which Suu Kyi refuses to cooperate.

More than 100,000 Rohingya have been displaced and hundreds killed amid rampant severe human rights abuses since a military crackdown started in October 2016. The crackdown was prompted by an attack on border security posts by a group of Rohingya militants that resulted in the deaths of nine officers, but quickly escalated to a disproportionate blanket response affecting the broader Rohingya population in northern Rakhine State.

A February 2017 UN report, based on interviews with some of the more than 70,000 Rohingya who fled the violence to Bangladesh, documented a series of horrific abuses by the Myanmar army—or Tatmadaw—that it concluded may amount to crimes against humanity.

When asked about the Tatmadaw’s apparent freedom to rape, pillage and torture without consequence, Suu Kyi denied this was the case but also failed to acknowledge or call for accountability for the well-documented abuses that have taken place.

Suu Kyi’s answers continued a pattern of denial and unwillingness to criticize the Tatmadaw. Ostensibly, this is a political calculation. Suu Kyi continues to be clear that she considers herself a politician, not the human rights icon that many held her up to be during her years of struggle under house arrest against the previous military junta.

It is true that her influence with the Tatmadaw, particularly on security matters, is limited both by the constitution and the entrenched power of the Tatmadaw in Myanmar’s economy and society following decades of military rule.

But Suu Kyi has gone beyond basic acquiescence to actively support the military’s denials. In her statements since the current crisis began, she has defended the Tatmadaw and, rather than speak out about the increasingly horrific reports, highlighted accusations of “fake rape” on her official Facebook page.

She has further studiously ignored the humanitarian consequences of months of blocking aid to northern Rakhine State. Even as the UN was warning about spiking malnutrition rates in January 2017, a government commission was reporting positively on the food security situation in northern Rakhine State, citing “no cases of malnutrition.” The latest UN humanitarian updates confirm that humanitarian aid continues to be “severely restricted,” calling further into question her claim that those who return will be safe.

But beyond the defensiveness and denials, the BBC interview also provides a glimpse of hope that Suu Kyi is not immune to international pressure. If body language is any indication, she is bothered by the criticisms of her fellow Nobel Peace Prize winners, even if she discounts these criticisms as just their opinion. With the UN report, appeals by the Dalai Lama and the pope as well as the latest UN Human Rights Council resolution, it is quite clear it is an opinion shared by an increasing number of people around the world.

If Suu Kyi is to stem this rising tide of criticism, she will have to provide much more than her own increasingly questionable word, which brings us back to that most pertinent of questions: Why not allow an international fact-finding mission? 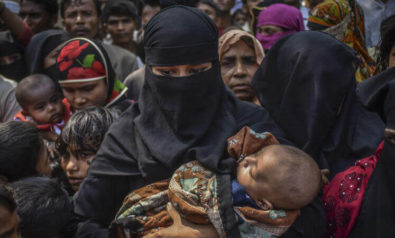 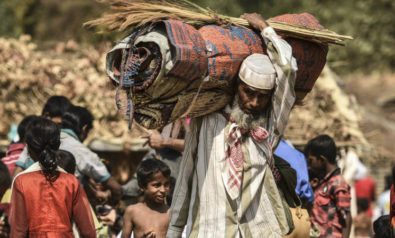