Article 1 of the UN Refugee Convention defines a refugee as “someone who is unable or unwilling to return to their country of origin owing to a well-founded fear of being persecuted for reasons of race, religion, nationality, membership of a particular social group, or political opinion.” In 2019, the Swedish Migration Agency recognized that Uighurs fleeing China are a persecuted group. This development identifies that all Uighurs are facing collective persecution.

As a result, the Swedish Migration Agency has freed Uighurs from the burden of trying to prove persecution as an individual. Instead, it recognizes that Uighurs are members of a persecuted group and suffer from collective persecution. This change prevents applicants from wrongful rejection and repatriation to China. The repatriation of Uighurs poses serious threats to individual safety with imprisonment and torture being very real possibilities. Sweden’s approach is a welcome change for Uighurs that other states need to adopt.

The province of Xinjiang is located in northwest China. It is home to a number of minority nationalities, including the Uighurs, a mostly Turkic-Muslim population. The Uighurs are the regional majority population and number just over 10 million. Since an outbreak of ethnic unrest in 2009, the persecution of the Uighurs by state authorities has rapidly increased.

Fear and Loathing in Xinjiang: Ethnic Cleansing in the 21st Century

After becoming Xinjiang’s Communist Party secretary in 2016, Chen Quanguo declared a “people’s war” against terrorism. He scaled up surveillance and ethnic profiling, including predictive policing. Surveillance efforts in Xinjiang include high-tech strategies such as voice and face recognition. Also included are retina scans and DNA sampling of all Uighur residents. Uighur lives have become increasingly controlled and monitored.

Anti-religious campaigns have also stepped up across the region. Beijing now views moderate Islamic practices as evidence of Islamic extremism. This includes practices such as halal foods, alcohol and tobacco avoidance, fasting during Ramadan, head scarfs for women, and men growing beards. The government is also encouraging intermarriage between the Han Chinese and Uighurs via economic incentives. This is an attempt at rapid assimilation of the Uighurs into the dominant Han culture.

The Difficulties of Claiming Asylum

This increasing persecution of Uighurs in their homeland has caused a steady stream of Uighurs to flee China. Many who flee seek asylum in neighboring countries. However, Beijing has responded by pressuring states to forcibly repatriate Uighurs.

In December 2009, Cambodia deported 20 Uighur asylum seekers back to China. The United Nations High Commissioner for Refugees (UNHCR) and the United Nations special rapporteur on torture strongly condemned the repatriation. Following their deportation, China rewarded the Cambodian government with $1.2 billion in aid and donated 257 military vehicles.

In 2011, Malaysia deported 11 Uighur asylum seekers back to China; six more were deported the following year. Their repatriation occurred despite the UNHCR being midway through the processing of their claims for asylum. The UNHCR and Human Rights Watch strongly condemned Malaysia’s actions.

Since 2010, Kazakhstan’s treaty obligations under the Shanghai Cooperation Counter-Terrorism Convention prevent it from granting asylum to Uighurs. Despite these limitations, Kazakhstan has resettled some Uighurs. It has also enabled Uighurs to apply to the UNHCR for refugee status while in Kazakhstan. This has not gone unnoticed by Beijing, and Kazakhstan has experienced pressure to repatriate Uighurs.

In 2015, Beijing pressured Thailand to repatriate almost 300 Uighur asylum seekers. Ankara urged Thailand to send them to Turkey, where they would be granted asylum. However, the Thai prime minister, Prayuth Chan-ocha, caved under Beijing’s pressure, stating “we do not want to destroy the relationship between China and Thailand.” His compromise was to repatriate 100 Uighurs to China and 170 to Turkey. Thai authorities permitted the remaining Uighurs to stay in Thailand so the UNHCR could assess their claims.

Egypt has also deported Uighurs back to China. For decades, Uighur students have traveled to Cairo to study at Al-Azhar University. In June 2017, Egypt began arresting Uighur students at Beijing’s behest. By early July, over 90 Uighurs were in arbitrary detention. Egypt deported 12 arrested Uighur students to China. The other Uighurs fled to Turkey upon their release.

These cases all demonstrate the importance of recognizing the collective persecution of the Uighurs. My own experience with Uighur asylum claims has indicated that some government agencies have previously been disbelieving of Uighur claims for asylum. However, as the scale and nature of the repression unfolding across Xinjiang becomes more apparent, governments must act. They can no longer ignore the extent of Beijing’s collective persecution of the Uighurs and other Muslim minorities in China.

The Australian Uighur community has been vocal about its experiences of repression. Its outspokenness has heightened the Uighur issue in Canberra. In addition, the detention of Australian citizens in the concentration camps in Xinjiang has added to the tensions in the Australia-China relationship. The outspokenness of Uighur Australians has occurred despite ongoing harassment of Uighurs by Chinese authorities in countries such as Australia, Canada, the United States, Sweden and Germany. Beijing’s reach is pervasive. Its tactics include threats toward family members back in Xinjiang, aiming to silence Uighur voices through these intimidation tactics. But this strategy has failed, as more Uighurs are speaking out about their experiences.

More governments need to follow Sweden’s lead and recognize the ongoing collective persecution of the Uighurs. This will allow fast-tracking of Uighur applications for asylum, providing them a degree of security and safety. It will also cause Uighurs to feel welcomed, believed and supported by receiving countries. 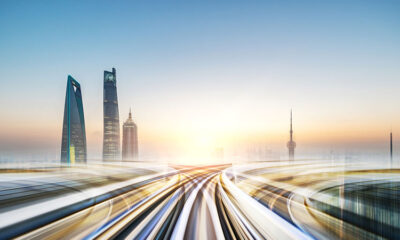 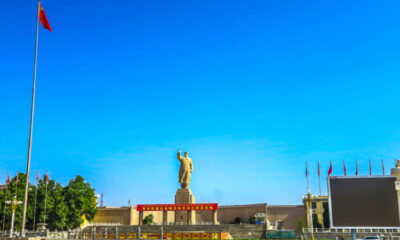 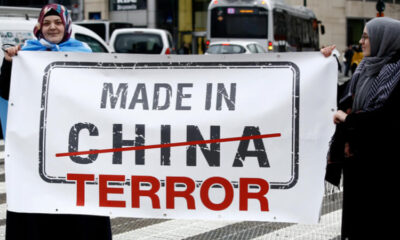