Will there be a peaceful transition of power in The Gambia?

It’s clear that Adama Barrow, the president-elect of The Gambia, has the support of most African nations and the wider international community. His inauguration—scheduled for January 19—marks a watershed moment for the Gambian people and the nation’s democratic future, one that some pro-reform analysts see as a harbinger of hope for other African nations too.

Barrow attended the 2017 Africa-France Summit in Mali on January 14, where he had the chance to provide an update on the Gambian impasse to more than 30 African heads of state, primarily from Francophone nations. He left Banjul with the unsuccessful Economic Community of West African States (ECOWAS) mediation team, led by Nigerian President Muhammadu Buhari, who had hoped to persuade Jammeh to honor the vote for the second time. “We have made a strong gesture. First, we have received the president,” Malian President Ibrahim Boubacar Keita told reporters, referring to Barrow, who was an unexpected but welcome summit guest.

Keita said much of the summit’s focus was on Barrow’s tiny West African nation, and leaders expressed hope that Jammeh will at last step aside in a peaceful transition, avoiding what Keita called a bloodbath. They have been waiting for Jammeh to do so since December 1, 2016, when The Gambia held elections that gave Barrow the win with 43.3% of the vote. At first, the incumbent president conceded the loss and affirmed the will of the Gambian people, but it wasn’t long until Jammeh, who has ruled for over 22 years, reversed course and refused to accept the results, demanding a re-run.

In the meantime, Alieu Momarr Njai, the head of the Gambian Independent Electoral Commission, went from praising Jammeh’s stepping down as a rare moment in the history of Gambian politics, to seeking asylum in neighboring Senegal, fearing for his life. Gambian diplomats abroad were recalled, with one in the United States publicly stating that he too feared for his safety and wasn’t planning on returning until he had considered all of the developments.

Faced with the chaos, Gambian military leaders shrugged and said that Jammeh writes their checks, confirming to media outlets that they intended to take their orders from him, and thereby protect Jammeh as he demands a new election through courts that are themselves wholly dysfunctional and incapable of doing so until spring.

The jubilation of political prisoners released in the immediate wake of Jammeh’s defeat was stilled as new rounds of arrests began. Barrow’s promise of a free and open society was put on hold, while Jammeh shut down at least three radio stations and silenced voices opposed to his grip on power. The misty-eyed exiles living in the diaspora who dream of returning home had to put their hopes on pause once more.

Meanwhile, the iron-fisted Jammeh twice went on state-owned television to condemn ECOWAS mediators and challenged those seeking to put an end to his regime. “Who are they to tell me to leave my country?” Jammeh asked during one broadcast, while on New Year’s Eve he publicly warned that the threat of any ECOWAS military intervention to ensure that Barrow is securely installed as the democratically elected president would be viewed as aggression.

“Defending our sovereignty and total independence is a sacred duty of all patriotic Gambians,” Jammeh said, vowing that there would be no compromise. “It is in effect a declaration of war and an insult to our constitution,” he said of the ECOWAS stance. “It is therefore absolutely unacceptable.”

On January 13, the African Union (AU) Peace and Security Council met to discuss the political crisis in The Gambia and reiterated its support for ECOWAS authority on intervention. The AU statement commended ECOWAS decisions made at a December 17, 2016, meeting in Abuja that include “the consideration to use all necessary means to ensure the respect of the will of the people of The Gambia.”

As important, however, is the announcement that as of January 19—the inauguration date of the legitimately-elected Barrow—the AU will no longer recognize Jammeh as the country’s president.

Multiple reports in recent days indicate that Nigeria has at least 800 troops at the ready in the event that an emergency military intervention is necessary. Senegal, a nation whose border completely envelops The Gambia, is set to lead any ECOWAS military response if all diplomatic efforts prove unfruitful.

Instead of intervening militarily, some voices have argued for sanctions. “From Liberia to Sierra Leone, Cote D’Ivoire, among others, West Africa has seen so much bloodletting and political instability,” pleaded Ike Ekweremadu, former speaker of ECOWAS parliament and current deputy president of the senate.

“We must all acknowledge the fact that Gambia is a sovereign state,” he said, warning this week against military action, adding that Gambian legal processes for challenging the election should first be allowed to proceed. “We must take all necessary steps as a sub-region to steer the West African nation and indeed the entire community away from any looming bloodshed and monumental destruction.”

Yet there’s still just one problem: The Gambia’s outgoing President Jammeh doesn’t seem like he’s going anywhere soon, and time is running out for him to finally put the peace and prosperity of his people above personal considerations. 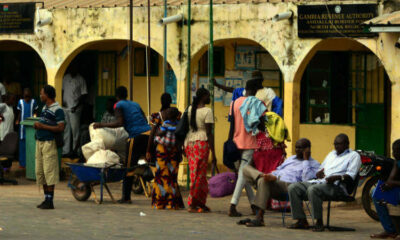 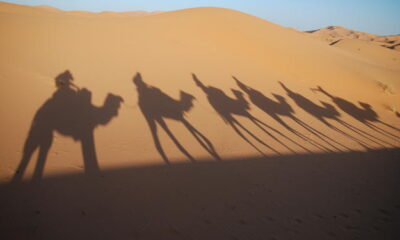 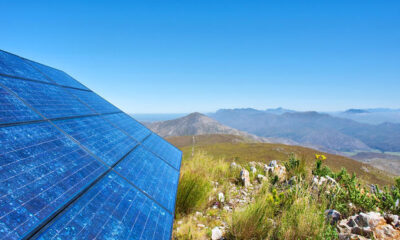