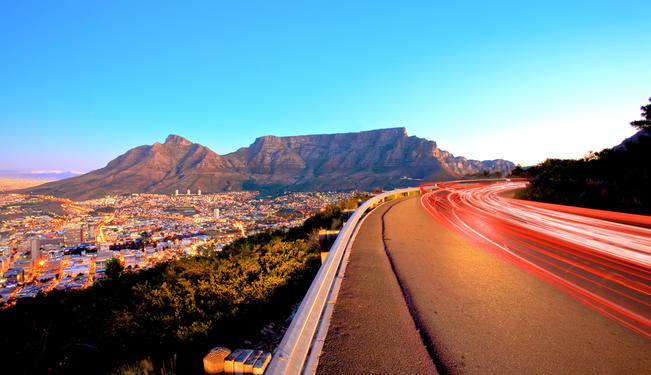 While Africa's economic growth leads many to praise the rise of the continet, questions remain if a "western" style of capitalism would serve it well.

Africa is still a continent beset with problems. Famine, poverty and lack of infrastructure remain major issues, as do drought, state fragility and employment. Rotten governments are still endemic and most citizens still survive on less than $2 a day.

It is despite all of this that for the second time in just a few months a major international publication has run a cover on the rise of Africa: TIME magazine’s headline “Africa Rising” following The Economist’s correction of its famous “Hopeless Continent” assessment with the cover “The Hopeful Continent”. The reason for this is the well documented steady growth (5-6%) that has occurred in Africa for the last decade, in fact for 8 of the last 10 years Africa has grown faster than East Asia.

This growth is a consequence of an increasing population, increasing urbanisation attracting foreign investment (an increase of 50% since 2005), a relative improvement in governance and economic management and a healthy focus on technology and entrepreneurship. All of this means that there is a growing consensus now among economists and analysts that Africa is standing at the threshold of a period of sustained and significant economic growth. This is a boom which will increase the availability of consumables, swell the continents’ growing middle class, and, according to some analysts, mean that Africa actually outgrows traditional financial aid. Africa, it appears, is the latest success of the expanding capitalist juggernaut.

This rise has not been without concerns however. Some analysts, most notably Frik Landman, have questioned the like-for-like adoption of the Western model in Africa’s still fragile economy – especially in the light of the financial crisis in 2008. He sees the maximisation of shareholder value as a “hidden virus” in capitalism and is worried by the increasing trend for short-termism worldwide. He criticises the lopsided balance between the real market – real sales, real manufacturing etc – and the expectation market – stocks, derivatives and so forth, and laments the “shareholder is king” attitude that is so destructive in developed economies, arguing that business is a part of society and as such should be a service to it.

In the long term, it is reasonable to suggest that Africa may be developing itself into the same problems that the rest of the world finds itself in now; stagnant markets, a lack of consumer and investor confidence, and in many countries a deeply damaging boom and bust cycle. When we look at attitudes in the West towards their own model of capitalism this view is only reinforced. At the fourth Global Drucker forum in Vienna at the end of last year, the theme was “Capitalism 2.0” and the CEO of Unilever made this widely quoted assessment of global capitalism “When America built the Statue of Liberty on the east coast, they forgot to build the Statue of Responsibility on the west coast.”

Similar sentiments could be heard from British politicians in recent weeks, with Nick Clegg floating the idea of a “John Lewis Economy”, Ed Milliband taking aim at “surcharge culture” and David Cameron pledging to “stand up to big business”. Taking this desire of many in western developed economies to change and reconstruct their current model of capitalism, it is not surprising that there is some reluctance in Africa to emulate too closely those who have gone before them.

In already developed countries we have reached what some people believe to be a point of no return, with the concentration of decision-making power in the hands of elites who profit hugely from the status quo. It is not overly cynical to suggest that speeches and soundbites like those heard at Davos, as well as project reports released by organisations like the World Bank and IMF, loaded with positive buzz-words and expressions of progressive attitudes, simply paint a modern facade over more familiar, stagnant attitudes.

In fact, the Financial Times published an article only last week reassuring big business of the impotency of the various “responsible capitalism” initiatives mooted by politicians. Ben Groom the business editor wrote “Corporate Britain can comfort itself with the thought that ineffective initiatives may be less damaging than clumsy regulation.” In established economies, we find ourselves in a situation where those with the power for real change are unfortunately those who will profit least from it.

However, Africa possesses a luxury we do not. Starting from a position far further back in the development of an industrial economy, they can make decisions about the structure of that economy without facing the same conflict with established financial institutions. Stuart L Hart argues in his book ‘Capitalism at the Crossroads’: “Global capitalism now stands at a crossroads, without significant change of course the future for globalisation and multinational corporations appears increasingly bleak.” Rich countries may be incapable of making this turning, but Africa is in a position to learn from this and take a route which avoids such an impasse.

There is no easy way for Africa to take such a route, but now is the time for steps to be taken. Frik Landman suggests the coming together of thinkers from the public sector, general society and universities in order to “review the social contract” between business and society. If Africa is to avoid the mistakes of nations before it then isolated conversations about Corporate Social Responsibility and environmental issues should be replaced with a “systematic discourse” on sustainable development.

Africa now has the opportunity to erect the “statue of responsibility of the west coast” as well as that of freedom. African markets are expected to experience between 30-40 years of growth, a period that will transform the continent, but there is a chance here to aim not just at the financial success of established industrial economies but higher still, at a more responsible capitalism.

*[This article was originally published by World Outline on March 7, 2013.]