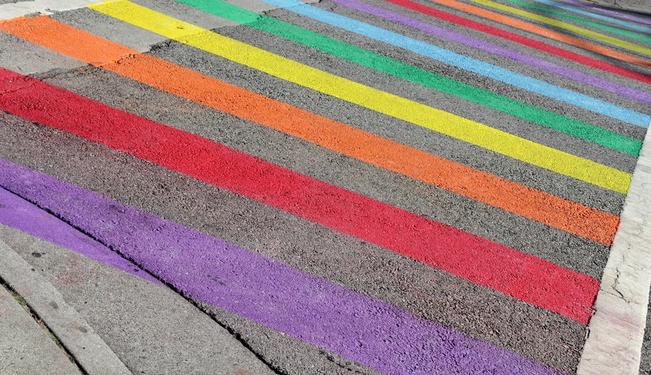 Freedom of self-expression is a fundamental right that is almost synonymous with the notion of modern democracy. An examination of the struggle for independence of colonized nations from their colonial masters, of women's struggle for suffrage, the American Civil Rights Movements, and the struggle for equality in apartheid South Africa, all accentuates the cardinal importance of this freedom in any society.

From the United States to Britain and New Zealand to France, the past six months have been a good time for Lesbian, Gay, Bisexual, and Transgender (LGBT) groups and activists in Western countries. Whatever progress made by these minority groups is largely attributable to the cardinal freedom of self-expression.

These gains are, however, offset by a shift to extreme conservatism in African countries like Ghana, Kenya, Zimbabwe, Uganda, and Nigeria. Despite being often critical of their governments, the nationals of these African countries and many more have rallied to support their leadership, even when threatened from London, Paris and Washington with dire consequences. Such is their disapproval of homosexual unions, that restriction on freedom to self-expression is sought, condoned and even applauded.

The freedom to express oneself without fear of reprisal and have constitutional safeguards for such expression, is a constitutional right of all Nigerians. This right, however, is threatened by the criminalization of all forms of support for same-sex relationships, same-sex marriage, and membership of LGBT advocacy groups. If the offenders are convicted, they face the threat of imprisonment.

The Same-Sex Marriage Prohibition Bill (SSMPB), passed by the lower house of Nigeria’s bicameral legislature on May 30, 2013, which restricts the fundamental freedoms of all Nigerian citizens, has enjoyed much popular appeal. To become effective, it has to be signed into law by President Goodluck Jonathan.

Whilst the international community has buzzed and threatened, many Nigerians have within social media and elsewhere openly supported the restriction of their freedoms. They have offered a ton of reasons, ranging from the bland to the apocalyptic: from saying that same-sex relationships are un-African to swearing that it is un-Christian and is, therefore, the nativity of Armageddon and the precursor to biblical Parousia.

The fact that most citizens in a nation of 170 million-strong can keep silent and support this repression of their rights by a homophobic legislature, is even more perplexing than their reasons for supporting or criticizing the prohibition of same-sex marriages and relationships in Nigeria.

It may be difficult for some Nigerians to accept but the truth is, LGBT Nigerians are Nigerian citizens — and there are many millions of them for that matter. For this very reason, they are all deserving of the same respect given to other Nigerian citizens and entitled to rights that should be protected by the constitution. As much as discriminating or oppressing others for being from the "wrong" race, tribe or sex is unacceptable, so too is discriminating and oppressing people for their sexual orientation.

The SSMPB under review has all the potential to relinquish a substantial part of the Nigerian population to the thresholds of society. The plight of women and widows in some countries, Jews in Nazi Germany, or Blacks in apartheid South Africa are a pointer to what can happen to parts of society when they are denied their freedom to express themselves.

From the way Nigerians citizens and lawmakers have gone around the issue, one can see the assumption, or perhaps the hope, that by silencing public opinion, commentary or activism, the issue of homosexuality will suddenly disappear.

If this were the solution to curing and/or dispensing with minority sexual identities, there is no doubt that a thorough, global heterosexuality would have been achieved since the time of Pauline epistolary admonishments and the Holy Inquisition.

Since what the Inquisition did not achieve can hardly be implemented by one draconian legislation, it is time that the Nigerian government as well as nations across Africa and beyond, all sit at the drawing table and address the issue of how to treat all human individuals with love and respect. Such a discussion, which is very much needed in Nigeria, will only make the world a better place.