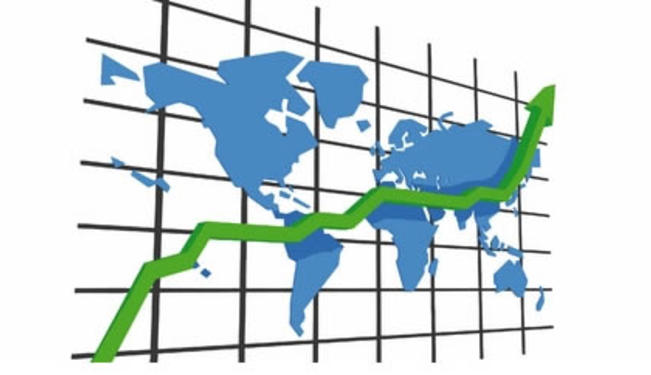 Forecasts about growth in Africa have been revised drastically, and as investment and know-how pour in, Africa is expected to become the fastest growing region over the next decade.

International CEOs who have not recently revised their appraisal of Africa would be well served to do so, and quickly. There is an unprecedented transformation occurring across the continent rendering years of economic assessment all but obsolete. This was evident at a recent New York Stock Exchange African investment conference, which boasted representatives of Africa’s 29 stock exchanges, panels on private equity, IPO announcements, investment outlooks by senior Wall Street analysts, and presentations on Africa’s tech industry — now outpacing mobile banking innovations in the US.

Such news, part of a growing library of hard data on Africa's economies, has corporations worldwide revising dusty business plans or assigning teams to create new ones in order to capitalize on recent growth trends. The IMF recently projected economic growth in Africa will reach 5.5% in 2012, well above that of most western economies. Sub-Saharan Africa is expected to grow at a faster clip than Brazil and India and claim seven of the world’s 10 fastest growing economies by 2015. Conjecture on Africa as the new emerging market is also challenging long held perceptions on governance, foreign aid, and development.

What is happening in African business? How is recent buzz different from past flashes in the pan? Sampling data and speaking to business experts several categorical trends emerge. Africa’s economic transformation is coalescing around developments in five key areas:

With Africa registering the highest returns on foreign investment in the world, American multinational companies are also making strategic moves. Over the last two years Wal-Mart completed a $2.4bn acquisition of South African retailer Massmart, GE’s Immelt named Africa as a priority growth region, and IBM announced a $1.5bn investment in African focused technology company Bharti Airtel. US private equity giant The Carlyle Group launched a Sub-Saharan Africa investment group, adding to overall private equity investments on the continent of $3bn in 2011. The Economist Intelligence Unit reported that private equity and infrastructure are expected to outpace commodities as the most lucrative investment class in the next three years.

In 2010 and 2011 two publications on Africa aroused serious attention in senior business circles. The first was McKinsey & Company’s bullish 2010 “Lions on The Move…” Then in 2011 The Economist published a feature highlighting joint Economist/IMF statistics on African GDP growth. From New York to Davos, statistical data from these documents resonate in just about every major speech, panel, and article on African business today. Indeed, McKinsey noted Sub-Saharan Africa’s 2008 GDP of $1.6tn equaled that of Brazil and Russia and that Africa’s collective GDP was expected to rise to $2.6tn by 2020. The Economist highlighted Africa’s six of ten fastest growing economies in the world over the decade to 2010 and projected the continent to have seven of the ten fastest growing economies over the period to 2015, outpacing the entire Asian region.

While commodities sectors and increases in commodity prices have certainly played a significant role in growth of the past decade, around 32%, McKinsey emphasized the continent’s economic upsurge is more than a resource boom: “Two-thirds [of Africa’s GDP growth] came from other sectors, including wholesale and retail, transportation, telecommunications, and manufacturing.” To top off expansionary highlights, The IMF forecast Sub-Saharan Africa as a whole to grow 5.5% in 2012, nearly two% above the global average.

Global consultancy Accenture released its own report on Africa in late 2011 focused on the consumer market. It projected spending by African consumers to rival Russia or India, reaching nearly $1tn by 2020. With 1bn people now, Africa’s population is forecast to double to 2bn by 2050, 66% of whom are expected to live in cities and be of working age. Accenture projects poverty levels of Africa’s population to decline to 20% by 2020, from around 43% in 1995.

There are many experts, including economist Dambisa Moyo, who suggest empowered consumer classes in Africa can influence private and public sector reform. “You have an emerging middle class of consumers that are going to demand growth from their governments,” said Standard Bank's Regional Director for Corporate and Investment Banking (East Africa) Victor Williams. “When you couple that with ongoing political liberalization then you are likely to have governments that respond to the demands of this emerging middle class by continuing to foster pro growth policies.”

Components of Africa’s “doing business” framework are modernizing. The infrastructure sector presents the greatest necessity and opportunity, representing a $1tn prospect over the next 10-11 years. According to Alain Ebobisse, Chief Investment Officer for Global Infrastructure at The International Finance Corporation, “Around $45bn a year is already being spent on infrastructure, about half of the $93bn needed annually to meet Africa’s growth and development goals.” The continent is mobilizing resources in finance and public private partnerships to modernize infrastructure. At the recent African Union Summit heads of state endorsed the multi-billion dollar Program for Infrastructure Development in Africa (PIDA), a joint initiative of The African Union (AU), The African Development Bank, and New Partnership for African Development.

Finally, in an example of how radically Africa’s modernization pendulum can swing, after concerted commitment and reform, Rwanda ranks eighth in the world in the “Starting a Business” category of the global “Ease of Doing Business” index, creating a new narrative away from war and “one of the poorest countries” clichés that often accompany press on the country.

Throughout the world, Africa’s diaspora is thriving and channeling its success back home. In the US Africans went from being the highest educated immigrant group in America to having the highest educational attainment of any demographic in the entire nation. In terms of capital, Kenyans now send home over $1bn a year, Nigerians $10bn, and estimates project diaspora remittances rival FDI in many countries and now exceed foreign aid for the entire continent by 50%. A new class of diaspora entrepreneurs is emerging, including many professionals who attended elite universities in the US and Europe, leaving top jobs to launch businesses in Africa or take leadership positions in existing firms. These entrepreneurs are bringing both financial and intellectual capital and many see Africa’s repatriate business class driving private and public sector reform.

“In Africa reforming the private sector can lead to changes in the public sector and that’s the additional potential of FDI, private equity, and entrepreneurs,” said Nigerian financier Nnamdi Cheikwu, who passed up jobs in New York and London to form his own private equity advisory firm. “If I own a successful African company, I can set the culture and standards, build professional capacities, and empower individuals. That can become a building block to a robust, transparent, private sector that can permeate to influence government,” said Chiekwu.

There is overwhelming evidence something historic is shaping up around African business. There are unprecedented amounts of foreign capital flowing into the continent, mass mobilization of resources toward modernization of infrastructure, greater commitment and investment by a wider range of global businesses than has ever existed, and a growing population of entrepreneurial and economically empowered Africans. It’s important to note Sub-Saharan Africa’s challenges related to governance and dismal socio-economic indicators still exist. Unfortunately there remain many “poorest” and “worst” indicators connected to the continent. Additionally, as the financial crisis demonstrated, markets without proper macro-economic frameworks are no panacea. Still, there is a possibility Africa has turned a corner, with the momentum and magnitude of business developments intersecting with other factors to permanently transform the continent. This includes governance, overturning perception and aid paradigms, significantly improving living standards, and a new generation of Africa’s best and brightest driving private and public sectors. It’s definitely an exciting era for the continent with much remaining to be seen. In the meantime, more smart money and smart minds in business continue to go long on Africa.

*[This article was originally published by Foreign Policy Association.]