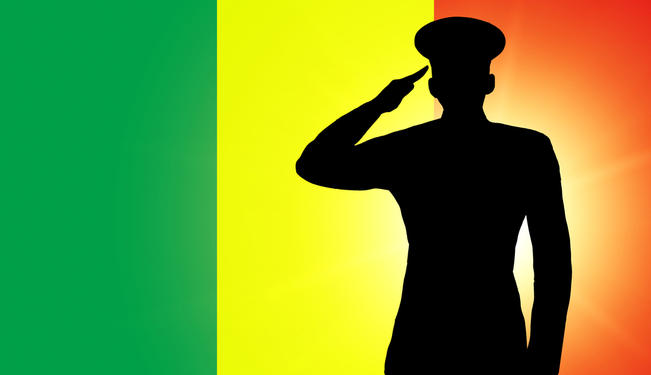 After the successful French intervention in Mali, a fragile balance still exists in the country. This article is the first of a three part series.

Recently, it was announced that talks were about to resume between the Government  of National Unity of the Republic of Mali and the National Movement for the Liberation of Azawad (MNLA). They are a part of the commitment of the interim government to restore democracy via elections in the totality of the republic, including those areas currently controlled by the MNLA. Given that elections are scheduled for the end of July, this is one of the most ambitious enterprises in the history of peace negotiations.

A Fragile Balance in Kidal

After the successful intervention of the French, working along with both the Malian Government and the MNLA — as well as Chadian and other neighboring troops — in sweeping the Islamist groups of Ansar Dine, the Movement for Oneness and Jihad in West Africa (MOJWA), Ansar al-Sharia of Mali, and Al-Qaeda in the Islamic Maghreb (AQIM), a fragile balance has been established in several areas in the north and especially in the district of Kidal in the north east. The city of Kidal is actually controlled and administered by the MNLA including policing, tax collection and whatever else an autonomous region requires.

The French Intervention and the MNLA Dilemma

When the French entered Mali, they faced a very strong dilemma. On one hand, they could strike simultaneously against Ansar Dine, AQIM, MOJWA, MIA, and the nationalist/separatist predominately Tuareg driven MNLA. On the other hand, they could capitalize on the hostility between  Ansar Dine and the MNLA, and bring the latter on their side for the duration of their operations in the north. They chose the second. After all, the terrain did require a strong local support, and furthermore, the French needed an ally in locating enemies as well as French hostages. They found that ally in the MNLA.

The MNLA and the Malian Government

The government of Mali protested strongly against what seemed to them an opportunistic and adventurous course set by the French. They argued that since the MNLA had been defeated by the Islamist militants anyway, all the French would have to do was to force the MNLA to complete submission to the Malian Army. It is possible that this might have been the initial plan, but as the Malian Army was advancing to the north, reports of extensive violence of retribution against those who had supported the MNLA, and the Tuareg in general, may have driven the French into keeping the two adversaries apart. They they entrusted the MNLA with the territory they had some control of, including Kidal and the border zones across from Algeria, Niger, and on the other side west, with Mauritania. This tactical decision of the French might have actually saved the whole Opération Serval, for the last thing the French desired was becoming entangled into a war in Mali that originates back to 1916. The French have asserted repeatedly that this is a temporary situation and that they are working on the disarmament of the MNLA in due time. Today, the Malian national unity government, controls all of Mali with the exception of Kidal, enacting pressure on the French, the US and the African Union (AU) and the Economic Community Of West African States (ECOWAS), to force the MNLA to put down their weapons, recognize the sovereignty of the state of Mali and surrender the areas that they control to the Malian Army and security forces.

Returning Back to Democracy

Another factor that may have played a role in the decision of the French to separate the MNLA and protect the Tuareg from retributions, was that at the time of their intervention they found themselves dealing with not only one but two belligerents. Mali itself was ruled by a military regime; the result of two consecutive coups. Since then, the international community applied strong pressure on the military, which led among others to the formation of an interim administration — the Malian Government of National Unity — and also the scheduling of national elections including presidential elections on July 28 and then parliamentary elections a few months later, in September. Many remain skeptical over whether these elections are taking place so early considering the open question of Kidal and the lack of benchmarks that would guarantee a fair and peaceful polling. In spite of this skepticism, the government maintains that the elections will proceed as scheduled, with companies hired to organize them, and money flowing from the international community and neighboring countries to meet the costs.

Elections are a key step towards rebuilding post-war Mali as most governments outside the country, including the US, have denied providing any aid to a non-elected administration. The people of Mali, including the political elite and the military, are being rewarded by the international community for their determination to end military rule and rebuild the country with €3.35 billion development aid and smaller amounts coming from individual states and organizations. Money is already pouring into Mali spent; so far mostly on training and military equipment, and much is to be directed towards preparing for the elections so that the bulk of aid will follow next.

Yet, between now and the promised land of development and prosperity, there is a serious obstacle which Mali has to surmount, and it comes with a very tight deadline. For elections to be fair and meaningful at this crucial point in Malian history, the north, as well as the 300,000 refugees and internally displaced, will have to be included both as candidates and in casting the ballot. For areas such as Kidal — and for security to be restored in order for the refugees and IDPs to return — the issue of the MNLA must first be addressed. In addition to security, and putting an end to the refugee and IDP ordeal, business will find it hard to return to Mali considering the risks involved even after the elections.

Negotiating Peace While Preparing for War

Options for the government of Mali, at this point, include a military assault for removing the MNLA from Kidal or negotiations with the rebels over restoring Mali's full sovereignty — without the use of force before elections time. These two options are currently being developed in parallel. The Malian military has recently engaged in an extensive combination of maneuvers meant to isolate and encircle Kidal, set now for a direct assault. Even though reports suggest that it is the French who stopped the Malian Army “at the gates of Kidal,” nevertheless, the fact that they have stopped against their self-imposed deadline shows prudence and a commitment to a peaceful resolution. At the same time, the government has declared its readiness and determination to negotiate with the MNLA for a mutually accepted solution. This strategy, as wise as it may be, involves risks and obstacles in both tracks — military and negotiations that are worth a closer look.

Preparing for a Pyrrhic Victory?

Without substantial and fully committed and determined support by the French, the African Union, the US, and other allies, even a victorious campaign against the MNLA in Kidal might bring disaster in the long term. To begin with, a Malian battalion is currently receiving ten, instead of the minimum 27, weeks training before deploying. Beefing up the ranks without backing it with soldering experience makes a dangerous recipe for cultivating a potentially disastrous overconfidence of the Bamako government over the capabilities of its own army. The plan to an assault against the MNLA in Kidal will bring the newly trained Malian army face to face with a well-seasoned, well equipped rebel force which is absolutely familiarized with the peculiarities of the Kidal terrain. Such an assault will very likely attract the attention and hostile action by whatever elements of the Ansar Dine, MIA, MOJWA, and AQIM are still hiding in the area, refueling the war and generating another massive wave of refugees and IDPs for post-war Mali to have to deal with.

The Paradox of Overwhelming Force in Counterinsurgency

Even if the assault is successful, it will come short from bringing an end to the MNLA question, even if every MNLA rebel is killed or captured. At this point, the situation in Kidal in regards to loyalties and alliances is to say the least, murky. Most likely at their breaking point, the rebels will retreat, leaving behind theTuareg population of Kidal to fall prey and offer an easy scapegoat for the Malian military’s wrath. With another half a million refugees and IDPs added to the existent pool of the desolate, the MNLA will have no problem in identifying new recruits for the next rebellion. Even worse, one million people will be an ideal ground for recruitment, not only by the MNLA but more so by the AQIM which will most likely, at that point, surpass the MNLA in availability of logistical and military resources. The recent attacks in Niger by Mali based MOJWA demonstrates a sample flavor of what is to come if Kidal is to fall via the military option.

*[Note: Read part two of Negotiating in Mali: Why Failure is Not an Option on June 9, 2013. This article was originally published by the Conflict Monitor Mali.]