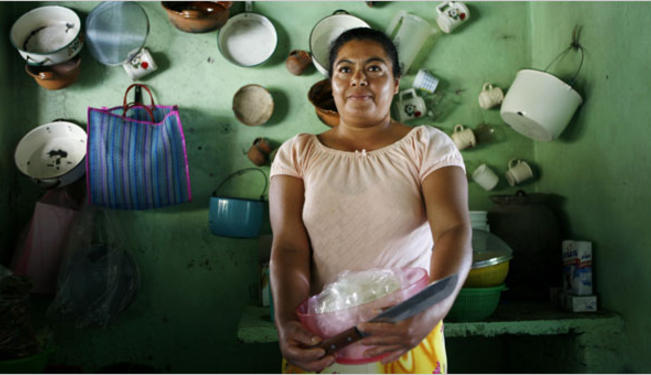 Microfinance is undergoing a fundamental challenge, as the participation of some of its institutions in capital markets fuels a debate on how social entrepreneurs should balance social missions with financial interests.

At its core, microfinance provides financial resources to those discriminated upon by orthodox financial establishments. Professor Mohammed Yunus, the Nobel Prize-winning founder of Microfinance, believes that the goal of Microfinance is not just to make the poor become self-sufficient but equally and as importantly, to help them retain their money.

The Grameen Bank, which Yunus founded in Bangladesh, can take loans and accept deposits. To receive a loan, a borrower has first to own at least a share of the bank. So in practice, Grameen bank lends money only to its shareholders, who at the end of each fiscal year divide the profit. Mr Yunus holds no shares in the bank.

The pilgrimage of microfinance institutions to the capital markets in quest of financial resources began with the Banco Compartamos of Mexico in 2007, in 2011 SKS of India followed suit. The SKS Microfinance of India is interesting as a case study for a number of reasons: first, is the magnitude of the debate it initiated; second, is the sheer size of the microfinance sector in India (the country has the world’s largest number of people living on less than $1.25 per day); second is the geographical proximity and to an extent cultural similarity of India and Bangladesh.

SKS was founded by Vikram Akula, an ex-McKinsey consultant, in 1997. In 2011, it did an Initial Public Offering (IPO) on the Bombay stock exchange. Shortly afterward, SKS became mired in a series of controversies (as did other microfinance institutions operating in the Indian state of Andra Pradesh), ranging from forceful collection of loans leading to communal goading of defaulting borrowers. This culminated in some 200 suicides and some rush-hour government policies designed to save the poor from loan sharks. An internal investigation revealed that SKS had overlooked its basic lending principles in a quest to diversify its client base and thereby appeal more to investors. Later, Akula resigned his executive chairman post.

In a 2010 debate at the Clinton Global Initiative, Yunus and Akula explained their positions and motivations. Akula argued that the Grameen model is too slow, and only through participation in capital markets can social entrepreneurs raise the quantum of funds needed to alleviate poverty. Professor Yunus contended that bringing in money from the capital markets gives the unpalatable idea that there’s an exciting chance of reaping profit from the poor. Furthermore, he said, it is not possible for loyalty to both the rich and poor to coexist. The entrance of rich investors into microfinance ventures would inevitably tip the fragile pendulum in favour of the interests of the wealthy.

States and local governments where microfinance institutions operate should sensitize their citizens to avoid multiple loan taking.  This can be done in conjunction with the microfinance institutions. The borrowers should be made aware that such practice can lead them to a spiral of debt and to the temptation of taking one loan to offset the other. Clients should be made aware that the idea of borrowing is to engage in productive enterprises – not to borrow from multiple lenders.

In summary, the microfinancer should not just make loans to poor people but should provide services that will enable them to benefit the most out of their investments.