Rwanda has the highest percentage of women in parliament worldwide.

According to the latest Global Gender Gap Report published in October 2016 by the World Economic Forum, Rwanda has the highest percentage of women in parliament worldwide—64% of seats in the Rwandan parliament are occupied by women. Rwanda and Bolivia are the only countries with a female majority in parliament.

From the third ranked country—Cuba—onward, a male majority is once again the norm. The 10 highest-ranking countries in terms of female participation in parliament include three other African countries, Senegal, South Africa and Namibia, and just two European countries, Sweden and Finland.

However, Africa does not only have positive examples to offer. The sub-Saharan countries feature the full range—from very high to very low participation of women in parliament. And, of course, gender equality cannot be measured simply in terms of the proportion of female members of parliament (MP). Equally important is the number of women in leadership positions and ministerial offices, while other factors include primary school enrollment or years served by female heads of state.

In the broader context of societal transformations, opportunities are often limited based on individual criteria beyond gender, such as sexual orientation, religion, ethnicity, race or political preference. The Bertelsmann Stiftung’s Transformation Index (BTI) measures equality of opportunity for women and minorities in 129 developing and transition countries.

Botswana and Rwanda both score highly in the BTI equal opportunity indicator (7 out of 10 points). Comparing female participation in parliament, Botswana performs poorly with just 10%. The discrepancy is also hinted at by other indicators. In Rwanda, 35% of ministerial positions are held by women, compared to just 13% in Botswana. Yet, political and ethnic minorities fare much better in Botswana than in Rwanda.

In Africa, Ghana is the country with the most women in these leadership positions, at 50% , whereas only 11% of MPs are women—exactly the same proportion as Liberia, which in turn is one of the countries with the most years served by a female head of state: 11. As a result of these figures, the countries listed achieve higher positions in the rankings than many other countries, including those in the developed world.

Meanwhile, other African states are at the opposite end of the spectrum. The Democratic Republic of Congo (DRC), Somalia and Eritrea all receive a score of three or below (out of 10) in the BTI equal opportunity indicator. In DRC, only 8.3% of MPs are female. In Eritrea and Somalia, gender equality is virtually non-existent. It would appear that these often-called failed states also fail with regard to gender equality.

Can we assume that countries with a higher degree of gender equality will be more democratic? Or, to ask the question from a different perspective, does democracy automatically lead to gender equality?

Looking at the cases of Botswana and Rwanda, we see two very different scenarios. Even though gender equality appears to be highly developed in both countries, one is ranked by the BTI as a hard-line autocracy and the other as a consolidating democracy. Botswana seems to be a typical example of the correlation between democratic development and equal opportunity according to which the more advanced a country’s democratic development, the greater the value placed on equality of opportunity.

This correlation holds true for almost all African countries. For example, Ghana and Liberia, as defective democracies, achieve only moderate scores in the equal opportunity indicator. It is not surprising that in failed states such as the DRC or Somalia women are the most vulnerable group and gender equality is completely out of reach.

Rwanda, however, is an exception in this analysis. Although it is considered a hard-line autocracy according to the BTI, it nevertheless ranks very highly in all gender equality indicators. The Rwandan government, which believes in strong centralized leadership and puts every political and economic matter under government control, has also regulated the development of greater gender equality to demonstrate its progressive values.

Accordingly, the case of Rwanda is a kind of constrained process that might possibly see a backlash in later developments toward democracy. Since gender equality is forced upon society, it might not hold when at a later time the political process opens up to more participation by different social groups. When, contrary to the current situation, Rwandan society as a whole is involved in the political processes, it might well be that the role of women in politics will decline.

To assume that gender equality implies a general openness might thus be misleading. The Rwandan example shows that a very high performance in gender equality indicators does not allow any conclusions to be drawn regarding the status of a democracy or the recognition of human rights. It is interesting to note that some of the world’s most autocratic regimes such as Rwanda, Cuba or Angola, which are all ruled by men, adorn their rubber stamp parliaments with a strikingly large number of women.

The very low percentage of women in Botswana’s parliament might also point to the problem that democracy alone is no guarantee for the development of gender equality. A recent survey on gender attitudes in 15 African countries found that even in countries that are on a good track to more gender equality in the law and pursue progressive policies, public opinion still puts men first. In South Africa, for instance, 73% of men and 65% of women agree that a woman should obey her husband. In Botswana, 50% of men and women agree that women cannot refuse to have sex with her husband. 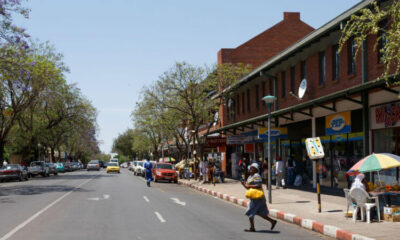 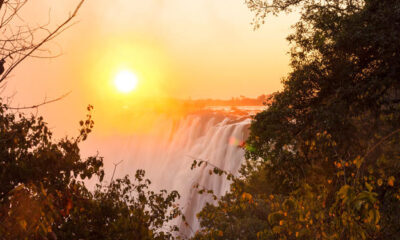