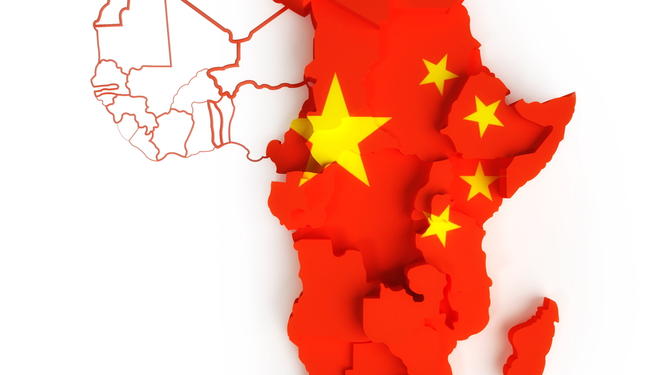 Is China’s growing influence in Africa really benefitting everyone involved?

Although Sino-African diplomatic relations were first established in the mid-1950s, ties have only recently grown significantly stronger. During the late 1980s and 1990s, China began concentrating on Africa because of its rapidly growing domestic economy and export-focused manufacturing sectors, which specifically prompted trade ties with many countries in the commodity-rich continent. Because of this, China has made Africa a high priority: in 2005 the Chinese Communist Party promised to select the continent as the destination for every year’s first major high-level diplomatic trip. It may sound surprising to some that this superpower would choose this region of the world, but it’s for good reason—China-African trade increased by 681% from 2001 to 2007 and surpassed the United States as Africa’s biggest trading partner in 2009. In that year alone, 79% of China’s imports from Africa were mineral products.

China insists that its interactions with Africa are “mutually beneficial”, yet this claim has sparked debate around the world. Enthusiasts of Sino-African relations argue that it is beneficial for three main reasons: first, that China’s growing aid to the region has allowed for the improvement of African infrastructure; second, that the trade between the two regions has increased African earnings; and finally, that China is willing to support the continent with “no strings attached”—unlike Africa’s typical ties with the United States and Europe. Yet critics question if China’s recent economic activity in Africa is but in fact neocolonial and that China’s principle of ‘non-interference’ towards the continent allows Chinese enterprises to operate freely despite African state issues of respect of democracy, human rights, and environmental norms. Enthusiasts counter this claim by noting that unlike previous exploitations of Africa’s natural resources that were seized forcefully, China now deals with sovereign and independent African states. This argument can be true for certain countries on the continent, but it is not valid for countries such as Angola, Sudan, and the Republic of Congo—which are some of the most corrupt nations in the world.

There is no doubt that China’s involvement with Africa has become increasingly complex; its foreign policy is often amalgamated between employing soft power for political objectives while its economic objectives appear to be neocolonial and are beginning to undermine its significant influence (and soft power) in the region. Despite the positive effects of China’s soft power in the region, China’s increasingly neocolonialist approach to acquire energy supplies have produced negative short term and long term effects for Africa—particularly the indifference and de facto support of African dictators.

The Indifference and De Facto Support of African Dictators:

Beijing has placed a high priority on preserving strong relations with its African energy suppliers, unfortunately China’s investments and its policy of “noninterference in internal affairs” often work in favour of some of the most infamous African dictators. Angola, Sudan, and Congo-Brazzaville, who all have grim human rights records, have accounted for 82% of China’s crude-oil supply in Africa. Chinese investments with “no strings-attached” allow these regimes to ignore governance norms and human rights issues. One example is when the Angolan government sought funds to rebuild after its civil war, it looked to the International Monetary Fund, who was determined to force the regime to be more transparent. However, Angola ceased negotiations when China offered a better alternative: China’s export-credit agency counter-offered with a 2 billion dollar loan and asked for in return that 70% of future substantial construction contracts be awarded to Chinese businessmen in addition to also guaranteeing more oil for the China. Therefore although enthusiasts of the relationship may point to the fact that China has brought Angola more revenue, (Angola was China’s top trading partner in 2010—with a trade value of 24.8bn U.S. dollars) this one example shows how this relationship is not necessarily benefitting the population of African countries.

Despite the fact that China claims to have a noninterference policy in Africa, it has been involved in Sudan’s domestic affairs. Even while Sudan is China’s third biggest trading partner in Africa as of 2010, China’s involvement in Sudan has been controversial, especially when it comes to the African country’s civil war and its weapons exporting policy. China, despite being a powerful weapons exporter, has not signed any kind of agreement that bases arms export decisions on principles such as respect for human rights. According to Amnesty International: “China has transferred military, security, and police equipment to armed forces and law enforcement agencies in countries where these arms are used for persistent and systematic violations of human rights.” This is because of their primary concern of protecting its economic interests in the region, which is its state-owned Chinese company’s 40% share of Sudan’s largest oil venture, the Greater Nile Petroleum Operating Company. China has been supplying the Sudanese government with the weaponry they need despite the ongoing Darfur crisis. Finally, the Chinese NOCs have increased their operations in the war-torn country.

Some may argue that China’s demand for oil has been beneficial for Africa, because of growth rate creation. Others may argue that although China’s demand for oil has not been beneficial for the region, China is not solely at fault for African dependency—a number of Western powers began this exploitation in the centuries of colonialism. Yet regardless of whether this is true, it does not mitigate the situation. There are the obvious short-term benefits for Africa (the increasing growth rate) that enthusiasts cite, but the long-term trajectory brings up concerns. To prevent the resource curse and to make growth sustainable, governments have to undertake appropriate measures such as investing in human capital and infrastructure. China’s surging interest in Africa’s oil threatens to only intensify Africa’s dependency, and China’s policy of ‘non-interference’ and “let’s just do business” continues to undermine democracy and government accountability.

Western countries have been critical of Sino-African relations since its rise less than two decades ago by calling it a “deeply unequal relationship.” Shogo Suzuki claims that the criticism is sparked by, “fears of challenges to Western/US primacy [which] result in myopia and fantasy.”  Yet it seems Western countries are no longer the only ones critical of this relationship. Although China insists that Sino-African relations are mutually beneficial, China’s recent economic activity in the region has produced growing criticism within Africa. South African President Jacob Zuma cautioned in July that the unbalanced nature of Africa’s escalating trade ties with China is “unsustainable” in the long term. According to Dr. Ofodile, “a win-win China-Africa relation is one that benefits China but also brings about change in the lives of ordinary Africans presently deprived of their basic humanity as a result of poverty, systemic corruption, internecine warfare, and oppression.” As China’s honeymoon period begins to wane, it will be up to China to adapt new global diplomacy to address local concerns. Fortunately, it seems that the Chinese government recognizes this issue and is making strides to “interfere” in human rights issues and place more constraints on Chinese businesses when it concerns environmental issues and workers’ conditions. 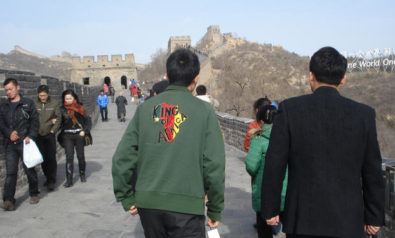 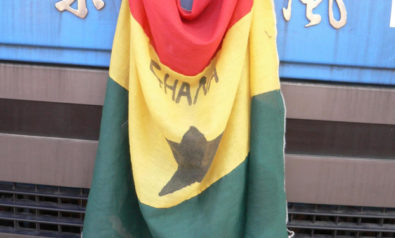