The problem is not our empathy, but the apathy created by our inability to do anything about our emotion.

There is no waiting space inside the Dar es Salaam airport, departure passengers sit outside to wait for their flights. It was on these uncomfortable benches, while eating Pringles and reading my Kindle, that I met him.

He approached me slowly. I attempted to avoid eye contact because I still have a woman’s fear of strange men, but he smiled at me and held up a laminated sign: “Please help us travel to play football. I am deaf. Support the Tanzania Federation of Sports for the Deaf.”

I hesitated. He sat down next to me, gesturing, and I read through legal documents he was carrying that showed the Tanzanian Deaf Football team were traveling for an East Africa Cup game and required funding.

He smiled at me again, writing, “I help clean for team” on a stray piece of paper.

I had no cash with me and tried to communicate to him that I couldn’t help. He nodded and pointed to the number on the paper with many zeroes. They would never make enough to go, but he was trying. After our conversation, he waved and continued his rounds with the laminated sign, still smiling. I saw him approach two German tourists who steered away from him because no one likes beggars.

I have often thought back to that moment when he walked away. Should I have gotten money out of the ATM? Would it even have made a difference? Why was he even trying when it was hopeless?

Recent headlines—stranded Rohingya refugees, capsizing boats in the Mediterranean, Yemeni refugees and an ongoing crisis in Syria and Iraq—make watching the news almost unbearable. The sheer scale of the global refugee crisis, with United Nations (UN) statistics that cite more than 50 million people around the world as displaced in 2014, is staggering. More than half, the UN reports, are children.

The fact that developed countries, or even developing countries with the capacity to support migrants, refuse entry to those who have no other avenue or who are escaping persecution and conflict—as in the case of the Rohingya—appears to reflect a lack of basic human empathy. Perhaps the finest example of this is the disgust of British tourists visiting Kos during the refugee crisis. Even animals, particularly primates, demonstrate concern about the suffering of others.

The Ashoka Foundation, which uses empathy as a defining principle, says: “We need applied empathy—the ability to understand what other people are feeling and to act in response in a way that avoids harm and contributes to positive change.” This seems to align with the standard idea of empathy as an ability to feel, or at least identify, what other people are feeling and attempt to assist them.

Leadership in neoliberal workplaces is now receiving empathy training to avoid being the Big Bad Boss. A sample empathy training course claims training will help the employer “[understand] what makes people ‘tick’ and [deal] with them more effectively.” This brings to mind meetings with encouraging, pre-fabricated notes passed around praising each worker and consoling them for personal issues. It seems even emotion can be made into a commodity.

On the other hand, perhaps we are just being too “touchy feely” and using empathy and “trigger warnings” as a saccharine way to avoid making people deal with their own issues and sensitivities.

In America, the “politics of empathy,” led by President Barack Obama’s invocation of it, have spurred research into the empathy-altruism connection and led to criticism on the basis of “identifiable victim effect.” We feel for the person we recognize, so to speak, which is why huddled masses of people from places we don’t recognize do not spur us to action. Therefore, our empathy is perhaps useless because it is so specific.

Some even claim that empathy is decreasing altogether because of cellphone use and social media disconnecting us from those around us. This has led, according to research, to a subsequent increase in bullying and sociopathic behavior.

All of this seems depressingly true. Perhaps we are becoming somehow less “good” and less “moral” because we are losing our capability to see through the eyes of other people. Sitting on that airport bench, I felt only shame. I knew people on the fringes of society who had few legal rights, like this man, struggled even more than the norm in developing countries. Yet he spent his day approaching white tourists who looked at him with mingled embarrassment and disgust, his painstakingly laminated papers in hand, always smiling. I felt humiliated on his behalf and guilt that he lived his life that way.

Perhaps that is our entire modus operandi. We see what Amartya Sen refers to as “capability deprivation”—the desperate attempts of marginalized people to escape from the war, poverty, structural discrimination and corruption that surround them. Or, as in the case of the deaf man at the airport, we see a gentle attempt to draw our attention to the limited options available to those without our privilege. We see it, we feel guilt and we go on with our day because we have to go to work in the morning. We are a product of neoliberal economies at their best, crushed by debt and consumerism.

Perhaps it is true that empathy itself is not a moral emotion and, without service and action to accompany it, feeling someone’s feelings is useless. Or perhaps it is something else.

Perhaps we do feel empathy. The Nepal earthquake and international outcry over the deaths of migrants demonstrate that we have not completely lost ability to feel for each other. Perhaps the problem is not our empathy, but the apathy created by our inability to do anything about our emotion.

Donations, food and money are our easiest bet to help those a world away, but what can we do when 1,800 people die in the Mediterranean? And how do we know if the donations have reached their intended destination? And how do we determine if a Syrian man is part of the Islamic State or just wants to help his family? When we see a hashtag on Twitter and repost to show solidarity, does that actually help?

Perhaps our issue is being constricted by the same global bureaucracies that leave migrants out to sea and Latin American children on high speed trains to the US. We want to help, but our hands are tied by laws, distance, political posturing and foreign policy. Maybe this is the crux of the issue.

It seems that, while the world may be growing colder because of Instagram and texting, our apparent lack of empathy is hinged on our lack of opportunity to do much about the problems we see.

Collective action seems to be the catalyst for many global concerns, but the issue becomes whether anyone is willing to speak up in defense of the poorest and most irrelevant people in our societies. Whether we are willing to sanction potentially violent protests as a reaction to systemic issues or whether we are willing to, as a middle-class, bear witness and sacrifice our own power to “sway the tides,” as Arudhati Roy says, remains debatable.

Unless the more privileged of the world puzzle out this particular hurdle and work out how to be, as Ashoka says, actively empathetic—to hold our governments accountable—it is safe to say that the desperation of those who are less fortunate will continue to rise.

It is difficult to say what lengths people will go to when they are already crossing oceans with their infants, but unless we link our empathy to praxis, we will continue to turn off our TV screens because we are overwhelmed by the suffering of other people.

In the end, I did get up in Dar es Salaam Airport to withdraw a few shillings to give the man. I couldn’t keep watching him approach others who ignored him. Perhaps that was the right thing to do, the empathetic thing, or perhaps I foolishly encouraged his Promethean task.

Either way, in this new global world, we bear witness to the despair of the disenfranchised, the poor, the constricted. Perhaps in more human terms, we are witnesses to the wives, the fathers, the teachers, the doctors and the children who become a block of statistics. It is absolutely imperative that we begin finding solutions to channel our outrage, our grief and our empathy into actions.

Otherwise, all we can say is that whether we felt empathy or not, as a global middle-class, we are truly immoral. 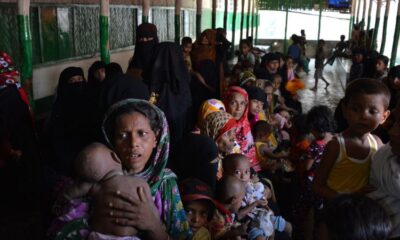 Flight of the Rohingya 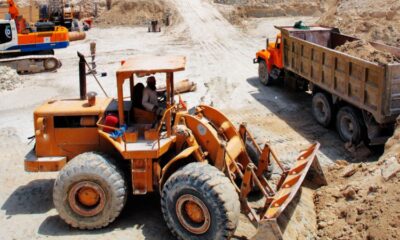 Qatar Backtracks on Engagement With Critics 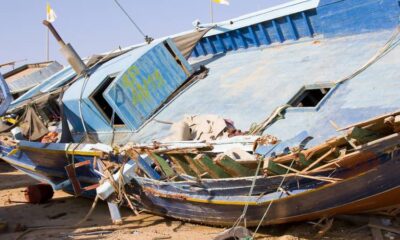 The EU Must Focus on Root Causes of Migration