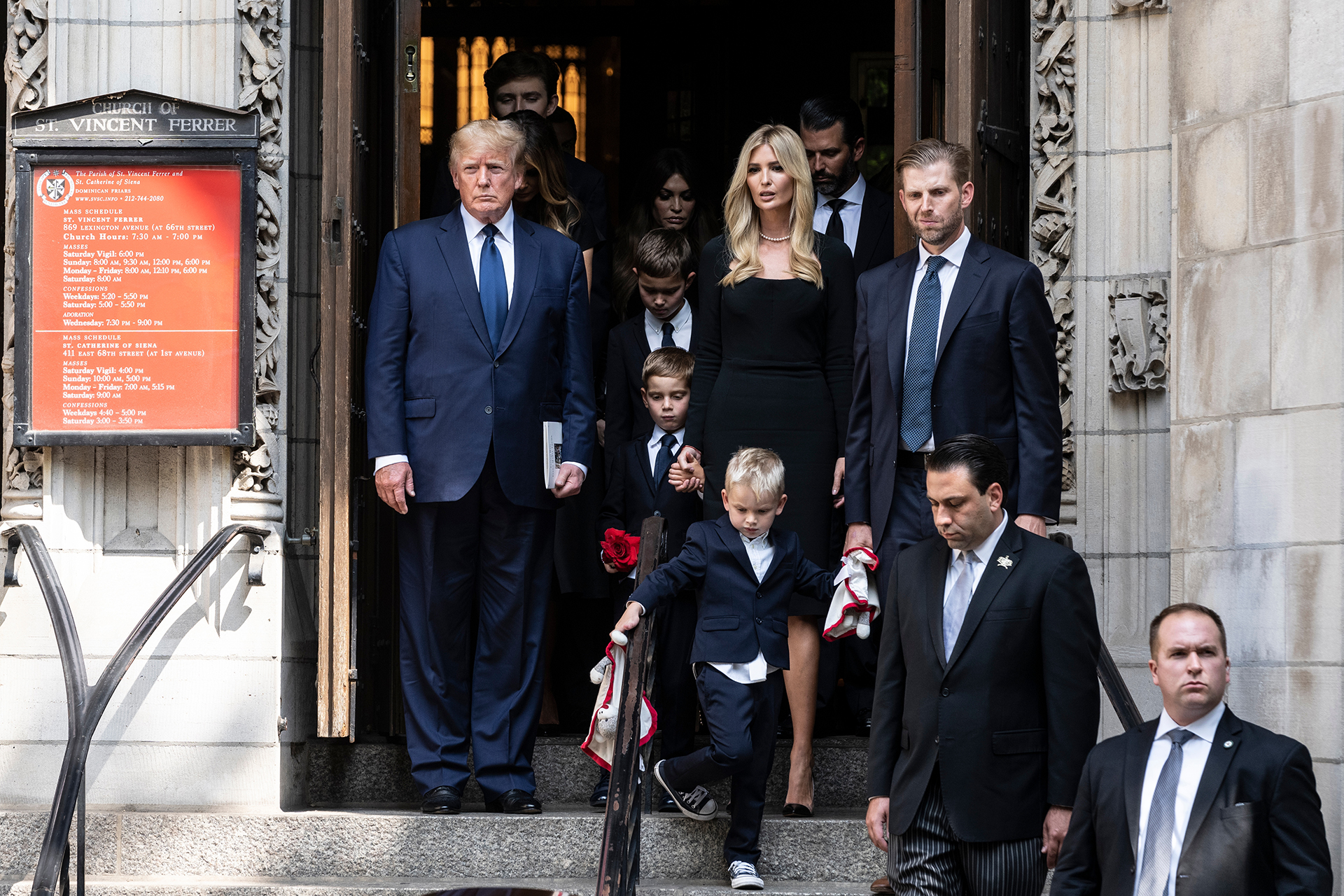 Mary Trump is the exception in a family famously focused on personal ambition, the accumulation of wealth and the exercise of power. Unlike the flamboyant members of the family perpetually in the news, Donald Trump’s niece is an ordinary working person, a psychologist and author, neither a real estate mogul, White House adviser, owner of a brand of jewelry or world-beating politician. Her net worth is estimated at a mere $1 million.

In 2020 Mary sued her uncle, alleging “that she was defrauded of millions of dollars in a 2001 family settlement.” Alas, as CNN reported in November, a “New York judge threw out Mary Trump’s lawsuit against former President Donald Trump, saying her claims are barred by an earlier settlement she reached more than 20 years ago.” She has, of course, filed an appeal.

In an interview with MSNBC, Mary dropped her latest bombshell about her increasingly disgraced uncle. Business Insider titled its article on this event: “Ivanka and Jared Kushner cut ties with Trump because he is ‘losing value’ and they don’t need him anymore, Mary Trump says”

As a professional psychologist, Mary understands what drives members of the Trump clan. As an American millionaire she also fully understands the concept of “losing value.” And, as a member of the Trump tribe, she knows how her people reason, as this quote from the interview reveals: “It’s the same with most of Donald’s inner circle — there is always a transactional calculation being made and a lot of people are making the calculation that it just isn’t worth it for them anymore.”

For anyone circulating in the highest spheres of US culture, the ultimate skill applied to all decision-making, whether in the context of business, family, the arts or even romance.

The Donald should have known that cheating a member of one’s own enterprising family might entail a risk. Then again, someone like Trump – who possesses wealth that he refuses to share with others—

understands that the savings refusing represents serves to pay the lawyers who will step in to neutralize that risk.

Transactional calculation is the core skill mastered by anyone who belongs to the elite in the US. The Trump clan’s version of it may represent an extreme, but the skill set it reflects can be found deep in the commonly shared competitive value system that makes up the core of US culture. Even among the elite, most Americans, most of the time, focus on their combat with the outside world and exclude their families from the assertive rat race that defines their lives and personalities. In US culture, families and the home symbolize a safe space in which the relentless pressure of social, professional, economic and psychological competition remains mercifully absent.

The first thing a good competitor and an elite businessperson does is assess the promised gains and known risks of any new project. Mary Trump tells us that Donald’s daughter, Ivanka and his son-in-law, Jared Kushner, have come to a belated realization and “grasped that their association with the former president ‘damaged them, at least socially.’” Accordingly, they are distancing themselves from Trump’s third presidential campaign. It is a simple calculation, thanks to which they “finally realized that they gain more by staying away from Donald than they do by staying aligned with him.” Always ask yourself the essential question: Where do you expect to gain more?

Mary Trump apparently sees this less as a betrayal of loyalty and more as proof that her uncle Donald has lost all credibility. While it lasted, Ivanka’s and Jared’s tight nepotistic relationship with President Trump was financially profitable for them. The ultimate proof of that came when, six months after the Trump clan forfeited the keys to the White House, Saudi Crown Prince Mohammed bin Salman (MBS) invested $2 billion in Jared’s private equity venture, Affinity Partners. This was a much deserved windfall for the man who whispered to the reigning US president MBS’s most pressing needs and desires.

Things may nevertheless be becoming a bit more complicated. Earlier this year, The New York Times revealed that “[b]efore committing $2 billion to Mr. Kushner’s fledgling firm, officials at a fund led by the Saudi crown prince questioned taking such a big risk.” Now that Donald Trump’s ship seems to have hit an iceberg, MBS may end up regretting his commitment.

Jared and Ivanka appear to be sticking to their new Middle Eastern game plan. Business Insider tells us that “the couple appears to be prioritizing their personal life, traveling to Egypt with their three children and attending the World Cup in Qatar.” MBS’s billions may be working like a magnet to draw them permanently towards the Arabian desert and distancing them from Mar-a-Lago.

As the January 6, 2021 insurrection revealed, elections in a modern democracy can be traumatizing. Many people, including Trump, saw the democratic transition, normally a banal process, as the equivalent of regime change. The troubling effect of that contested election is proving far-reaching. Most of the media and much of the political class have been mobilizing their resources to prevent an impending catastrophe in 2024, were Trump to repeat his come-from-behind victory in 2016.

It is no accident that MSNBC – existentially committed to the monoculture of Trump hatred – chose to interview Mary Trump. Her role for the media is similar to that of a defecting Russian military officer, ready to reveal the madness of Putin and predicting his inevitable downfall. (Trump hatred and Russia hatred have become the two faces of a single obsession that colors the reporting of most of the “liberal” media and which may, incidentally, be bringing humanity to the brink of nuclear annihilation).

That same media is right to highlight the case of Ivanka and Jared. On their own, they exemplify some of the core trends in US culture. Business Insider delves even more deeply than Mary Trump herself into the psychology of what once appeared to be the American equivalent of a royal couple. It appears “that Trump’s eldest daughter ‘hated all the criticism and the threats’ that came with politics, and was ‘unhappy about how a lot of their friends turned their back on them.’”

Even if Trump turns around his current stretch of bad luck, manages to secure the Republican nomination and beats the Democratic candidate in 2024, Ivanka and Jared, thanks to their friendship with MBS, are convinced they have already achieved their principal goal. As Mary noted, “Ivanka and Jared are legitimately wealthy people apart from whatever Donald is doing, so they don’t need him to the same degree they might have.”

In Mary’s eyes, Trump is a falling stock who is “losing value.” No wise investor – and Jared definitely wants to be thought of as a wise investor – bets on a stock that is losing value, even when that same stock was the key to producing all the worth he now possesses. Jared doesn’t need Trump because he has a new spiritual father-in-law, MBS, a man who will never have to face the humiliation of losing a “stolen election.” Now that The Donald’s fortunes have taken a deep dive, being associated with him is risky. In comparison, Ivanka and Jared have no reason to fear that being associated with the man who ordered the murder of Jamal Khashoggi could socially damage them. After all, MBS has already given them $2 billion to play with, which is a much better deal than anything they could hope for from a new term of Donald Trump in the White House.

Unless, of course, the damage to Trump in his Humpty-Dumpty decline produces a knock-on effect to the business reputation of Jared himself. We might then imagine that MBS – skilled in his own Middle Eastern way in the art of transactional calculation – would seek a devious way of getting his $2 billion back. That amount may represent chump change for the crown prince, but he could see it as a matter of principle. He once claimed to have Jared in his pocket. If his Saudi brethren think that the son-in-law has bilked him of billions, MBS might want revenge. That, after all, is one of the well-established principles of transactional calculation. 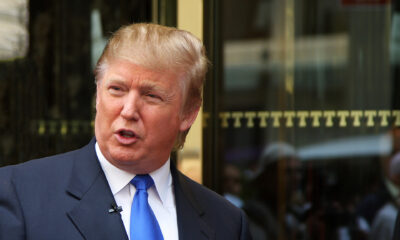 The Code Behind the Far-Right’s Success