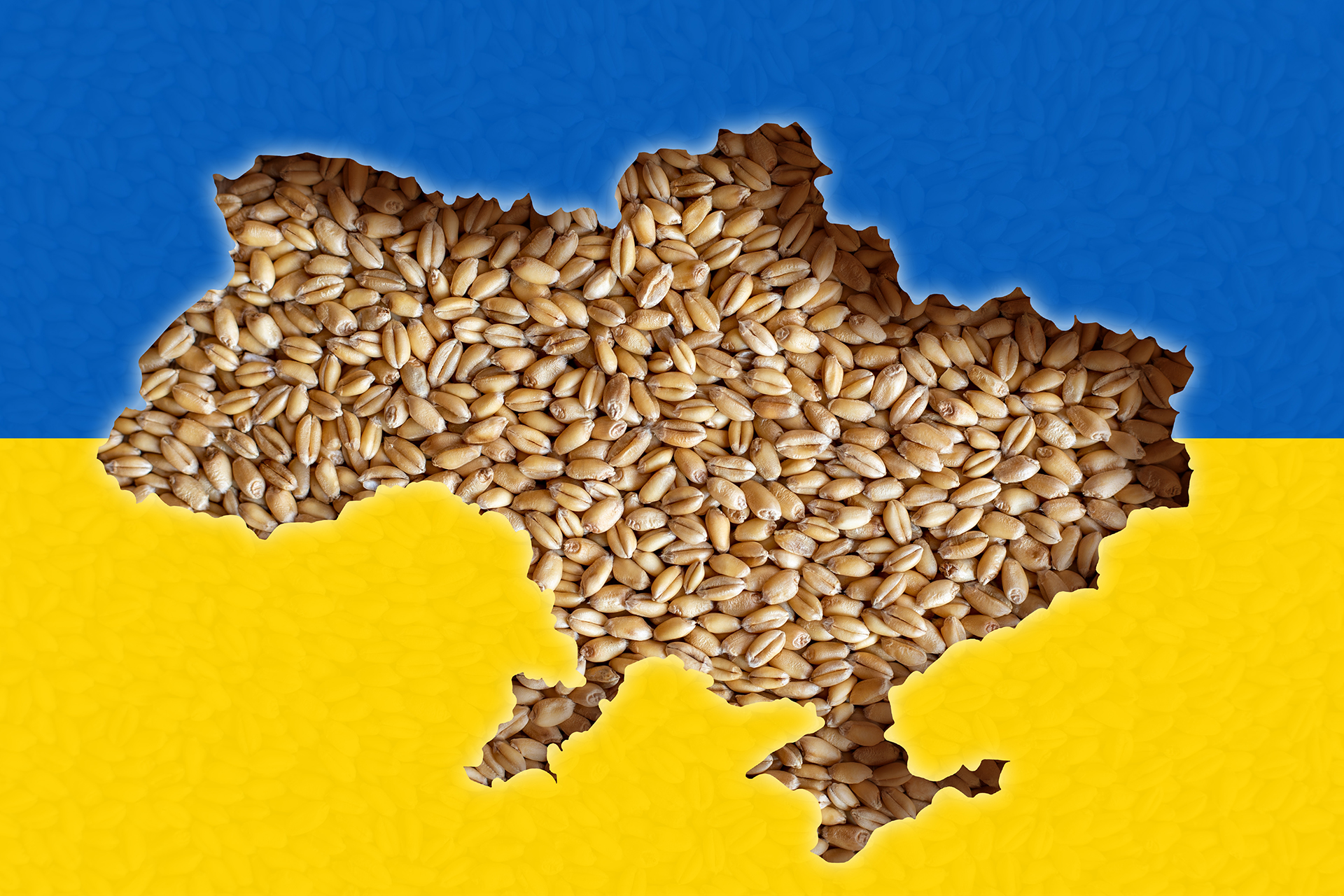 When Russia bombed the port in Odesa last week, it was not an auspicious beginning to the new deal on grain exports. If anyone believed that this agreement between Moscow and Kyiv would have some positive spillover effect on the war grinding on elsewhere in Ukraine, the Russian military surely destroyed that wishful thinking.

International outcry against the Russian bombing of Odesa—as with its earlier strikes on shopping malls, train stations, and hospitals—has been fierce. “Striking a target crucial for grain export a day after the signature of Istanbul agreements is particularly reprehensible & again demonstrates Russia’s total disregard for international law & commitments,” tweeted Josep Borrell Fontelles, who coordinates the European Union’s foreign policy.

Despite Russia’s action, the agreement on grain exports will likely hold. After all, Russia didn’t technically violate the accord. The Kremlin promised only to avoid hitting the ships carrying food to the outside world.

More importantly, the deal has been designed to benefit all sides. Ukraine needs the export earnings from the approximately 22 million tons of wheat, corn, and other products in its warehouses, and it has to get rid of this surplus to make way for this year’s harvest. Turkey will make money facilitating the transport and sale of the commodities. And Russia, as part of a parallel agreement, will get sanctions relief for its own agricultural exports, which will bring in billions of dollars given both Russia’s record harvest and high global food prices.

The deal also helps Russia address the reputational damage connected to its naval blockade of Ukrainian ports, which has contributed to driving up food prices around the world. Russia has countered charges that it has weaponized food by blaming the West for causing the food crisis with its punitive sanctions against the Kremlin. This week, Russian Foreign Minister Sergei Lavrov is touring Africa in an effort to bolster the Kremlin’s brand, which depends not only on agricultural trade but on huge amounts of arms sales and the services of security firms like the Wagner Group.

The recent grain deal, brokered by Turkey and UN General Secretary António Guterres, will take some time to implement. An entire monitoring system has to be put into place to ensure that the ships heading out contain nothing but food and that they don’t return full of weapons. There are mines around Odessa that have to be avoided—or removed. So, the countries of the Middle East and Africa will have to wait a while before they see the Ukrainian and Russian grain that they’ve depended on for so long.

Even then, it’s not clear how much effect the renewed grain shipments will have on food prices. Those prices jumped dramatically in March, after Russia’s invasion of Ukraine. “Cooking oils, cereals and meats hit all-time highs and meant food commodities cost a third more than the same time last year, according to the Food and Agriculture Organization’s monthly food price index,” reported The Guardian back in April. Wheat prices alone jumped nearly 20 percent last March.

The spike in food prices has in turn brought people into the streets all over the world, from Peru to Palestine to Indonesia, to protest their governments’ inaction in the face of inflation. The government in Sri Lanka, which had been in place for most of the last two decades, fell as a result of the country’s current, unprecedented economic crisis. In the Sahel, 18 million people face severe hunger because of diminished harvests while 13 million people are experiencing severe drought in the Horn of Africa. Ordinarily, it’s the World Food Program that steps in to help. But the WFP purchases more than half of its wheat from Ukraine. An estimated 47 million people are on the verge of starvation.

Who should all these people blame for their predicament?

Food prices were already on the rise before Russia invaded Ukraine. Supply chain problems connected to COVID, the spike in the price of inputs like fertilizer connected to rising energy prices, diminished harvests connected to climate change: these were all contributing to rising prices beginning in 2020.

A less well-known factor has been financial speculation. After the food price hikes in 2007-8, the International Food Policy Research Institute published an analysis that would prove prophetic:

The flow of speculative capital from financial investors into agricultural commodity markets has been drastic, and the number of future traded contracts is increasing over time. From May 2007 to May 2008, the volume of globally traded grain futures and options rose significantly. Excessive speculation in the commodity futures market could, in principle, push up futures prices and— through arbitrage opportunities—spot prices above levels justified by supply and demand fundamentals.

The recent fall in food prices—after the spike in March, the cost of a basket of food commodities began to drop—proves that “excessive speculation” has indeed played an influential role. Commodities have yet to flow out of Ukraine—or Russia—so the drop has more to do with expectations that a coming recession will reduce demand, which, as economist Ann Pettifor points out, has restrained financial speculation. The supposed laws of supply and demand have little to do with it.

I don’t think these factors let Russia off the hook, however. Putin clearly targeted Ukrainian agriculture as part of his overall assault on the country. It wasn’t just the blockading of Ukrainian ports, which the Russian government signaled its intention of doing several days before the invasion. Once the war began in earnest, the Russian military hit grain terminals, blew up silos and burned fields, hijacked Ukrainian grain to sell as Russian exports, stole agricultural equipment, and destroyed a bridge linking Ukrainian farmers to export markets in Romania.

These moves were designed to cut off Ukrainian access to its own food supply as well as deprive it of export earnings. But another strategy might also have been in play.

Those close to Putin have spoken of the Russian leader’s belief that he can outlast the West, which will eventually have to deal with shifts in public opinion after months of rising energy prices. Even more ominously, Putin pushed for a grain blockade in the hopes that it would “lead to instability in the Middle East and provoke a new flood of refugees,” according to Russian economist Sergei Guriev, former chief economist at the European Bank for Reconstruction and Development. Russian ex-president Dmitry Medvedev effectively acknowledged Russia’s weaponization of food when he wrote in April that “many countries depend on our supplies for their food security. It turns out our food is our silent weapon. Quiet, but mighty.”

Russia wouldn’t be the first country to use food as a weapon in this way. Africa expert Alex DeWaal identifies seven cases of governments resorting to this tactic, which the UN has declared a war crime. The Saudi-led coalition behind the war in Yemen, for instance, has blockaded ports and prevented food deliveries from reaching starving Yemenis (although the blockade has been eased, it is still in place in parts of the north). The Ethiopian government has restricted the flow of food and finance to the Tigray region in an attempt to starve the rebellious state into submission. Syria, South Sudan, Myanmar, Venezuela: the governments in these countries have also relied on this brutal and unfortunately effective strategy.

Putin is clearly worried that time is not in fact on his side. Even as he has continued to pursue maximalist goals—asserting once again this week that regime change in Kyiv is a priority— Russian forces have reached what might prove the high-water mark of their territorial acquisition. Ukraine’s effective use of HIMARS (high-mobility artillery rocket system) to target Russian artillery positions and logistical centers behind the line of engagement has not only stopped the Russian advance in key areas but has prepared the way for a Ukrainian counter-offensive to retake the city of Kherson and other territory in the south.

Yes, inflation is taking its toll in the West. The European Union, bracing for the impact of reduced Russian energy imports in the winter, just came to an emergency agreement to cut natural gas consumption by 15 percent starting next month and lasting until next March. The willingness of Americans to pay a price to support Ukraine—higher energy costs, risk of escalation—has fluctuated since March and will not likely last forever.

But Putin faces a more difficult challenge. He doesn’t have the soldiers for an indefinite war of attrition. His military-industrial complex has been hit hard by the sanctions—so much so that he has gone begging to Iran to get drones. The Russian economy has essentially been hollowed out, with domestic production at a standstill and the foreign companies that accounted for 40 percent of Russia’s GDP not returning any time soon. The only thing that stops Russia from going off the precipice is its energy exports. These are significant, to be sure, but they won’t be enough to save the country from a downward spiral a la Venezuela.

That’s why Putin needs to start selling his grain, salvage Russia’s reputation among the world’s biggest food importers, and consolidate whatever gains he can in the territories that the Russian army has seized in Ukraine. Sensing desperation, Kyiv is going to press what it thinks to be its advantage.

This war will end not with a clear-cut victory—Russia will not seize all of Ukraine, Ukraine will not deprive Russia of all of its ill-gotten gains—but only with what both sides can claim as a victory. In the meantime, as the tug-of-war continues across one of the world’s primary breadbaskets, the eventual delivery of food to the global hungry will be a win for everyone. 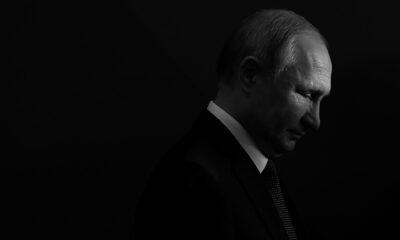 Vladimir Putin’s Invasion of Ukraine Has Made Russia a Pariah for a Long, Long Time 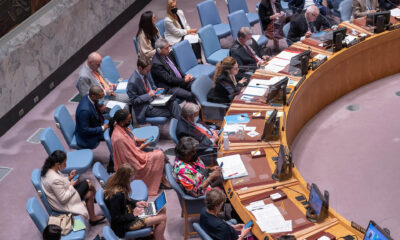 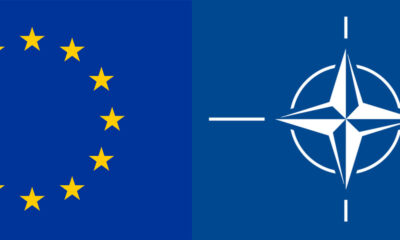