Governments may negotiate with terrorists for both tactical and strategic reasons.

Every responsible government facing a long-term terrorist campaign announces that it does not negotiate with terrorists. And yet virtually every one of them does. Is this just blatant hypocrisy?

No government wants to reward terrorists or undermine its own support by talking to them. Whatever the cause, the tactic of terrorism — non-state actors killing or threatening to kill noncombatants to influence an audience — is illegitimate and wrong. Those who use it should be shunned, arrested, defeated.

Negotiating with terrorists can give them publicity, equate the government with the group, and hand them legitimacy. Talks can also be painful for friends and relatives of victims of attacks — as in the powerful campaigns by the relatives of the 1988 Lockerbie bombing by Libya and the Association of Victims of Terrorism fighting negotiations with the Basque group Euskadi Ta Askatasuna (ETA) in Spain. When negotiations happen, grieving relatives understandably feel betrayed.

Talks can open government officials to criticism for “letting the terrorists win.”  They are risky and can backfire, undermining government coalitions. Additionally, negotiations can raise public hopes for an end to terrorist attacks that a group then destroys by resuming its violence or just walking away.  In short, talking with terrorists, at any level and in any way, is fraught with peril, especially for democratic governments.

And yet, many do negotiate.  Why?

Let’s admit at the outset that “negotiate” oversimplifies reality. It brings to mind high-level government parleys that seldom happen with terrorist groups. Instead, a range of “talks” may occur directly or indirectly, at high (public) or low (deniable) levels, or even through third-party intermediaries.

Most meetings lack conference tables and striped suits. Through intelligence operatives, mediators, proxies, and other associates, governments and their representatives directly or indirectly engage with members of terrorist organizations, usually secretly, and we must be glad that they do. When fashioning long-term counterterrorism policy, strong responsible governments have both tactical and strategic reasons to negotiate with terrorists.

First, the very act of negotiating often challenges groups and exposes their weaknesses. Negotiations can cause groups to splinter or engage in in-fighting that undermines their cohesion. Having gathered information about the dynamics of a group, governments can often exploit that intelligence by offering proposals that are attractive to one faction but not another.

One of the most reliable ways to fracture terrorist groups is to exploit differences, hive off factions, and provide avenues for members to leave. Public support may also crumble. Potential constituencies can react differently to government threats or proposals, with some finding new avenues for their demands.

Entering talks, even in secret locations and through intermediaries and proxies, can yield vital information about a group’s command structure, intentions, make-up and priorities.

Depending upon the types of grievances put forth by a terrorist group, negotiations can also be an effective information strategy on the government’s part, complicating the terrorist group’s depiction of an evil, intransigent regime that must be met with force. Plus, widespread public outrage in the wake of terrorist attacks that kill innocent women and children may cause revulsion among the very people a terrorist group is trying to mobilize for its cause.

This was the case in Northern Ireland with the 1998 Omagh bombings by the Real Irish Republican Army (RIRA): Both Catholics and Protestants united in outrage when innocent school children were killed.  The 1998 Good Friday Accords were signed shortly thereafter. Talks can undermine a terrorist group’s narrative, by demonstrating that terrorist attacks are not, in fact, the best and only option available to achieve their aims.

Sometimes negotiations are a great way to gather intelligence unavailable through other means. Intelligence operatives are often used to make early contacts in such negotiations, not only because they are clandestine but also because their activities can be disavowed. These operatives may sow the seeds for later talks or address specific problems such as hostage negotiations.

British intelligence pursued covert channels with Irish republicans from the mid-1970s onward. The South African government’s first talks with Nelson Mandela (then labeled a “terrorist”) were spearheaded by Niel Barnard and Mike Louw, both operatives of the National Intelligence Service.  Officials from Israel’s intelligence service, Shin Bet, first laid the groundwork for the peace process with the Palestine Liberation Organization (PLO) during the 1990s.

“Remote control” counterterrorism may be popular right now, but surveillance drones are not all that useful for making judgments about exactly who someone is, what role he plays in the organization, and what his goals and motivations are. For that kind of nuance you need humans, preferably in direct contact.

Seeing who shows up for talks, how they get there and with whom can yield useful information for analyzing and defeating a group. Who is in charge? Who is talking to whom? Who has the freedom to make decisions on the group’s behalf? For the most shadowy groups, determining accents, dress, habits, and customs can tell you a lot about the nature of the threat. Entering talks, even in secret locations and through intermediaries and proxies, can yield vital information about a group’s command structure, intentions, make-up and priorities.

Finally, negotiations can provide a short-term pause in the violence, particularly if they result in a ceasefire agreement. But it is admittedly foolish to raise public expectations of short-term results.  During talks, disaffected members of terrorist groups may actually increase terrorist violence with spoiler attacks, or even splinter and create new groups.

Between 1985 and 2006, the Sri Lankan government entered into peripatetic negotiations with the Liberation Tigers of Tamil Eelam (LTTE, or Tamil Tigers) that resulted in a series of ceasefires; but talks were often accompanied by an increase in suicide attacks or intra-group violence.

Sometimes that splintering happens on the status quo side, as in South Africa with the Afrikaner white power group Farmer’s Force (Boermag), in Northern Ireland with the Ulster Volunteer Force, and in Colombia with violent paramilitary groups after the 1984 peace agreement. In effect, a government’s short-term motivation to stop the violence may be at odds with its longer-term purpose to end the terrorist campaign altogether.

Because negotiations can actually increase violence in the short term, governments must focus upon their long-term strategic goals when deciding whether or not to enter talks.

Governments may find the strategic advantages of negotiations to be more compelling than the tactical gains. Although they rarely work quickly or on their own, negotiations can contribute to the long term decline and ending of terrorist groups. Officials should approach them dispassionately, as one element in an array of time-tested counterterrorist techniques.

When facing weak governments, however, a few may become strong enough to transition into insurgencies or factions in a civil war.

Most terrorist groups avoid negotiations because they are at a serious disadvantage compared to governments when they engage in them. For my book, How Terrorism Ends: Understanding the Decline and Demise of Terrorist Campaigns, I studied 457 groups who have engaged in terrorism since 1968. Among other things, I looked at whether or not those engaged in serious terrorist campaigns had actually entered talks.

To my surprise, only about 18% of terrorist groups had ever negotiated, while about 82% of the groups had not. Those who did enter talks tended to be older groups, with life spans of 20 to 25 years. (In my study, the average age of a terrorist group was about eight years.) I also found that when those 18% negotiated, the talks persisted: only about one in 10 had them fail outright. The predominant pattern was for government talks with terrorists to drag on, accompanied by a lower level and frequency of violence, without either resolution or outright failure.

When facing weak governments, however, a few may become strong enough to transition into insurgencies or factions in a civil war. Unfortunately this has happened with the Islamic State of Iraq and Syria (ISIS) and the recent conflict in Iraq. If terrorist groups gain sufficient members and resources that they can target the army, the fight enters the purely military sphere where negotiations hold fewer advantages for the government.

What does all of this mean for governments trying to decide whether or not to talk with terrorists? Negotiations are not an instant solution for the state, but neither do they help groups achieve their ends. In my study, less than 5% of all groups, negotiators or not, achieved their objectives. Over time, governments have the upper hand.

If viewed over the life of a terrorist campaign, most negotiations divert the violence to another channel, while other factors help lead to the group’s eventual demise. Group in-fighting, fracturing, government infiltration and loss of popular support during talks are most common.

So, when considering negotiations with terrorists, policy-makers should approach the question dispassionately as just another form of competitive interaction within a broader counterterrorism campaign. Handled discretely and with in-depth understanding of each group’s culture and context, negotiations can effectively undermine terrorist groups over time. 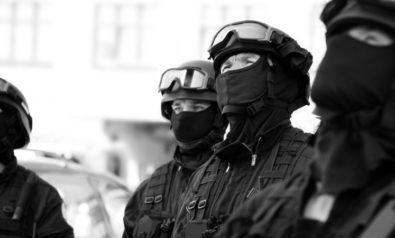 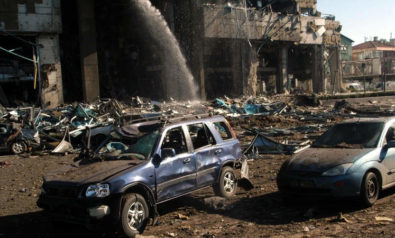