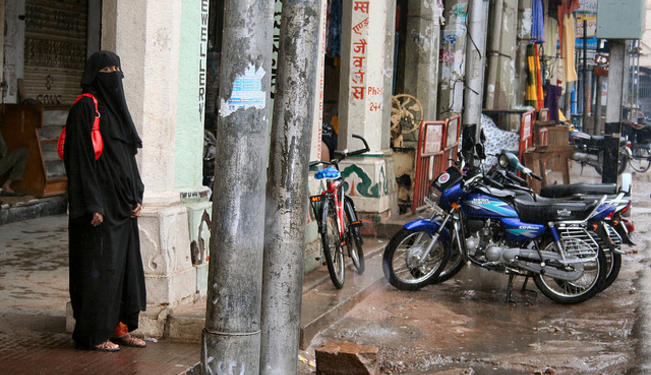 “He who does not know his past has no future.” – Jean Maric Bockel

Indian Prime Minister Manmohan Singh’s government does not appear to believe in the dictum that those who forget the mistakes of history are bound to repeat it, judging by its decision to provide a quota for the religious minorities in government jobs and educational institutions.

The seeds of Indian partition were laid by the British in the Indian Councils Act of 1909. Popularly known as the Morley-Minto Reforms, the act made provision for a separate Muslim electorate. The creation of a separate electorate not only created political fences around the Muslims, but also reversed the social amalgamation of Hindus and Muslims. The Muslims, hankering for a throwback to the days of the great Mughal Empire, felt emboldened by the political strength provided by this divisive act. The religious fault line resulting from the separation eventually overpowered the non-violence of Mahatma Gandhi.

The violent division of the country in 1947 into a predominantly Hindu India and an Islamic Pakistan was a logical culmination of the British policy of “Divide and Rule.” Indian politicians, taking a cue from the bitter experience of social and political separation, did not incorporate any constitutional provision for religion-based reservations in public employment and educational institutions.

The constitution of India explicitly prohibits any discrimination on the basis of religion and guarantees equality of opportunity in matters of public employment. For the sake of social equality, however, writers of the constitution incorporated special provisions for reserving seats in public employment and educational institutions for historically oppressed classes.

The Supreme Court of India, through its judicial pronouncements, limited that number of seats to 50%. Among the 50%, 27% is reserved for the class of people classified as Other Backward Classes (OBCs). It is from this quota for OBCs that the government has allocated a 4.5% reservation for religious minorities.

This quota, ostensibly meant for all religious minorities, is in reality intended to act as a political bribe for the Muslim community. Muslims constitute 14% of the country’s population and have traditionally voted for the Congress Party since gaining independence. The Congress, in turn, has manipulated the Muslim community through the aegis of the orthodox mullahs, who were permitted to propagate fundamentalism and their brand of Islamism in return for political support during election time.

This cozy relationship between religion and politics failed to stem Indian Muslims’ disillusionment with the Congress Party. With the growing realization that they had been used merely as a captive vote bank without any concerted steps on the part of the government toward their social and economic betterment, Muslims began to drift away from the Congress.

In 2006, however, the government-appointed Rajinder Sachar Commission revealed that Muslims had been used as vote banks. Empirical data collated by the commission indicated a shockingly high dropout rate of Muslim students at the primary level. Not surprisingly, the number of Muslim students at the country’s premier colleges was found to be abysmally low. High unemployment and a low level of representation in bureaucracy has been a natural corollary.

The disillusionment of Muslims with the self-serving policies of the Congress Party was reflected in a plummeting vote share. The marriage of convenience between theology and politics could no longer keep the political pot boiling. Muslim voters had begun to shift their loyalties to other assertive regional parties that gradually took control of the political scene.

The Manmohan Singh-led United Progressive Alliance (UPA) coalition, of which the Congress Party is a major partner, regained power in 2004 after a nearly six-year hiatus. But the victory was pyrrhic for the Congress, for it had to accept the reality of power sharing with other political parties in the coalition.

In the party’s quest to retain its primary political status, it became incumbent on the Congress to regain the Muslim vote. In 2007, the government-appointed Ranganath Mishra Commission recommended a 10% reservation in public employment for Muslims as a religious group, notwithstanding the fact that the constitution makes no such provision for religion-based reservation.

The upcoming local assembly elections in five states, scheduled for February and March of 2012, have compelled the government to bring out the genie of Muslim reservation from the bottle. Congress strategists believe that this genie will carry the party, devoid of any worthwhile accomplishments, through the stormy state elections.

The politics of minority reservation are believed to have a critical impact in elections, especially in the state of Uttar Pradesh, which sends the highest number of representatives to the national parliament. The upcoming state assembly elections held there are thought to predict the national elections in 2014. Rahul Gandhi, the heir apparent of the Congress Party, has been making constant visits to the state in the past two years in an effort to regain its citizens’ for the party.

Success in the elections is certain to propel Rahul to the national center stage, which, despite the lineage of the Nehru-Gandhi dynasty, still eludes him. The Congress Party, behind the façade of democracy, is more akin to a modern-day political monarchy revolving around the family’s charisma.

The hype created by the media notwithstanding, the Congress’s electoral prospects in the forthcoming local assembly elections appear bleak. Their credibility has reached an all-time low due to numerous financial scams involving the UPA and allegations of inaction against perpetrators by Prime Minister Manmohan Singh. The anti-corruption movement led by social activist Anna Hazare has struck a chord among the increasingly assertive middle class, severely damaging the Congress Party’s electoral prospects.

The Congress Party is therefore treating the minority reservation as a panacea for the administrative malfunctioning its government indulged in.

Muslims, who constitute approximately 18% of the population in Uttar Pradesh, are believed to be influential in determining the result of around 115-120 seats out of the total 403 assembly seats in the state. Congress strategists expect Muslims to take the bait of minority reservations and reciprocate by voting for the Congress en masse.

The Supreme Court of India is in the process of examining similar attempts by regional governments to bypass constitutional provisions for religion-based reservation—a fact that has not gone unnoticed by the Congress Party. Party strategists believe that if the court strikes down the unconstitutional religion-based reservation, as it is expected to, the Congress could also reap electoral benefits by playing martyr.

National interest has, however, been sacrificed at the altar of petty electoral gains. The problem of dropout rates and lack of employment opportunities can only be tackled by opening more schools and improving infrastructure rather than simply providing quotas. The statistics of only one Muslim student out of 25 in the premier colleges at the graduate level and one in 50 at the post graduate level, as per the Sachar Committee report, cannot be changed without opening schools that will help students at the primary level.

Quotas, by all accounts, will be utilized only by affluent Muslims who have already broken away from the mold and are competing with other Indians. Those with a head start will not permit the proposed benefits to trickle down to the deprived. These benefits appear to be political strategy more than honest attempts to support minorities.

The proposed reservation will likely have a deleterious impact on the social fabric of the country. Furthermore, the decision to provide this quota of 4.5% within the 27% allocation for the OBCs will only provoke the resentment of the OBCs, who will see it as Muslims encroaching on their share of political representation. Using religion as a point of division can only promote separatist tendencies and prevent the growth of national unity.

The Congress Party’s unbridled desire for power is pushing the country towards an abyss. The Indian sub-continent still has not recovered from the scars of partition in 1947. That alienation and strife between classes can result in catastrophic consequences for the country is a historical fact that politicians should respect.

Singh would do well to revisit the speech of Jawahar Lal Nehru, the first prime minister of India, in the constituent assembly on May 26, 1949: “If you seek to give safeguards to a minority, you isolate it… Maybe you protect it to a certain extent, but at what cost—at the cost of isolating and keeping it away from the main current.”

But perhaps in the cacophony of electoral cymbals, history cannot make its soft voice heard.