KYIV, UKRAINE – Mar. 29, 2022: War in Ukraine. Shopping center that was damaged by shelling on 21 March by a Russian attack in Kyiv, where according to emergency service, at least six people died © Drop of Light/shutterstock

Even as The Economist is writing about “the coming food catastrophe,” the Bank of England Governor Andrew Bailey is admitting to be unable to stop UK inflation hitting 10%, and the US Bureau of Labor Statistics is recording 8.3% inflation for April, Editor-in-Chief Atul Singh looks under the surface and around the corner to make sense of what to expect in the global economy.

Atul Singh on the Economic Consequences of Russia-Ukraine War

In this episode of FO° Insights, Atul Singh makes sense of what is going on. You can watch the video above and/or read what he has to say below. The transcript has been lightly edited for clarity.

What are the economic consequences of the Russia-Ukraine war?

Atul Singh: The consequences are disastrous. The war could not have come at a worse time. We had a global financial crisis in 2007-08. After that, central banks followed loose monetary policy with quantitative easing. And then of course governments had to be fiscally loose to combat a pandemic.

Energy economics? Very simply, the price of oil and gas has shot up. Inflation is ripping through the world and even rich countries are suffering.

Food? Well, we read in The Economist, no less, about an impending food catastrophe — 250 million people are at risk of famine.

Commodities? Russia is the biggest exporter of natural gas, the second biggest of oil and the third biggest of coal. About 25% of battery-grade nickel comes from Russia. In fact, 50% of USA’s uranium imports come from Russia and this is not to mention copper and palladium and whatnot.

So, there’s a real supply-side shock of monumental proportions. Add to that ships not leaving the Black Sea, and you can see this is going to end very badly.

Who will suffer most?

Atul Singh: It will be people who need food who will suffer the most. The first requirement to live is of course water and then it is food. It is important to remember that Russia and Ukraine supply 28% of the world’s wheat, 29% of the world’s barley, a lot of the maize and, of course, 75% of sunflower oil.

Egypt relies for 86% of its imports on Russian and Ukrainian wheat and 30% of Egypt’s caloric intake is bread. So it’s a case of bread and oil. With oil prices rising, food prices get a double kicker because costs of production in places like the US, India and China goes up.

India is having an exceptionally hot summer, so its supply is going to go down. China has had delayed rains. So, we have falling harvests combined with rising food and oil prices to make a perfect storm.

And of course, let’s not forget Sub-Saharan Africa where 40% of the family budget goes on food. Everyone will suffer and the big victims are going to be Libya, Tunisia, Egypt, of course, I’ve mentioned them before, and Lebanon, which after the explosion in 2020 can just store a month of food. So rocky times ahead.

What are the results of sanctions?

Atul Singh: Well, the obvious results of sanctions are really-damaged Russian economy. Russia has been shut out of the global financial system. Russian factories are finding it difficult to find spares to keep running. Big brands have pulled out of Russia. Law firms have left Russia. Coca Cola is out, McDonald’s is out and so on and so forth now.

There is, of course, the threat of counter sanctions. What if Russia says this is a game two can play? We switch off the supply of nickel. Goodbye to your green economics. Goodbye to your clean cars. The results of sanctions are manifold.

Then there is the question of the global financial system. Assets of Russia’s central bank have been frozen and Russia has been shut out of SWIFT. What do the other countries such as Saudi Arabia and China do in response?

Could there be a blowback from sanctions?

Atul Singh: Of course, there could and would be blowback. There are always unintended consequences to these things. Now. Russia could shut off supplies at nickel, palladium etc. Sanctions are a game two can play.

With all these different countries starting to trade in their own correct currencies, this is possibly a challenge to the dollar. Also remember Russia has been kicked out of SWIFT, the global financial transactions and payments network.  SWIFT is expensive. Certainly it’s secure, but this could push for the development of an alternative system that is cheaper and works around SWIFT. The world might be about to get very interesting.

Will the Russian economy hold or will the dollar dominate?

Atul Singh: Well, one view is it’s curtains for Russia. Inflation is going to cause the collapse of the regime, just as a combination of economic meltdown and military defeat ended the Tsars in 1917. Another view is Russia as a fortress economy. It has food, it has energy and it’ll survive.

If you take the latter point of view, you can say that the ruble has recovered. The Russians have linked it to gold. Russia has the fifth highest gold reserves, and the Russian economy is doing better than expected.

The jury is still out as to what will transpire but Russia is under acute stress and the test of the pudding is in the eating. Let’s see how Russia fares by the end of this year.

Will the dollar dominate? The answer is yes, but the dollar will weaken because sanctions have made big economies like India and China very nervous and these are economies with high growth rates. These are economies that want cut-price oil as oil prices go up. These countries don’t have natural energy resources. So increasingly they are going to try and work around western sanctions through backroom deals.

Also, some sort of a parallel financial system will emerge. We will be seeing a more fragmented world, economically, at the end of this conflict, thanks to the pressures, the inflationary pressures, that the conflict has unleashed around the world. 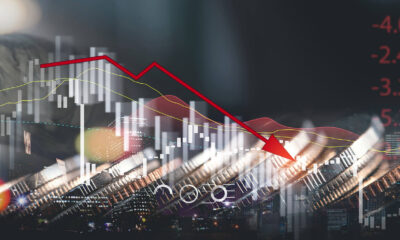 It’s an Ill Wind… that Blows Kisses to the Wealthy