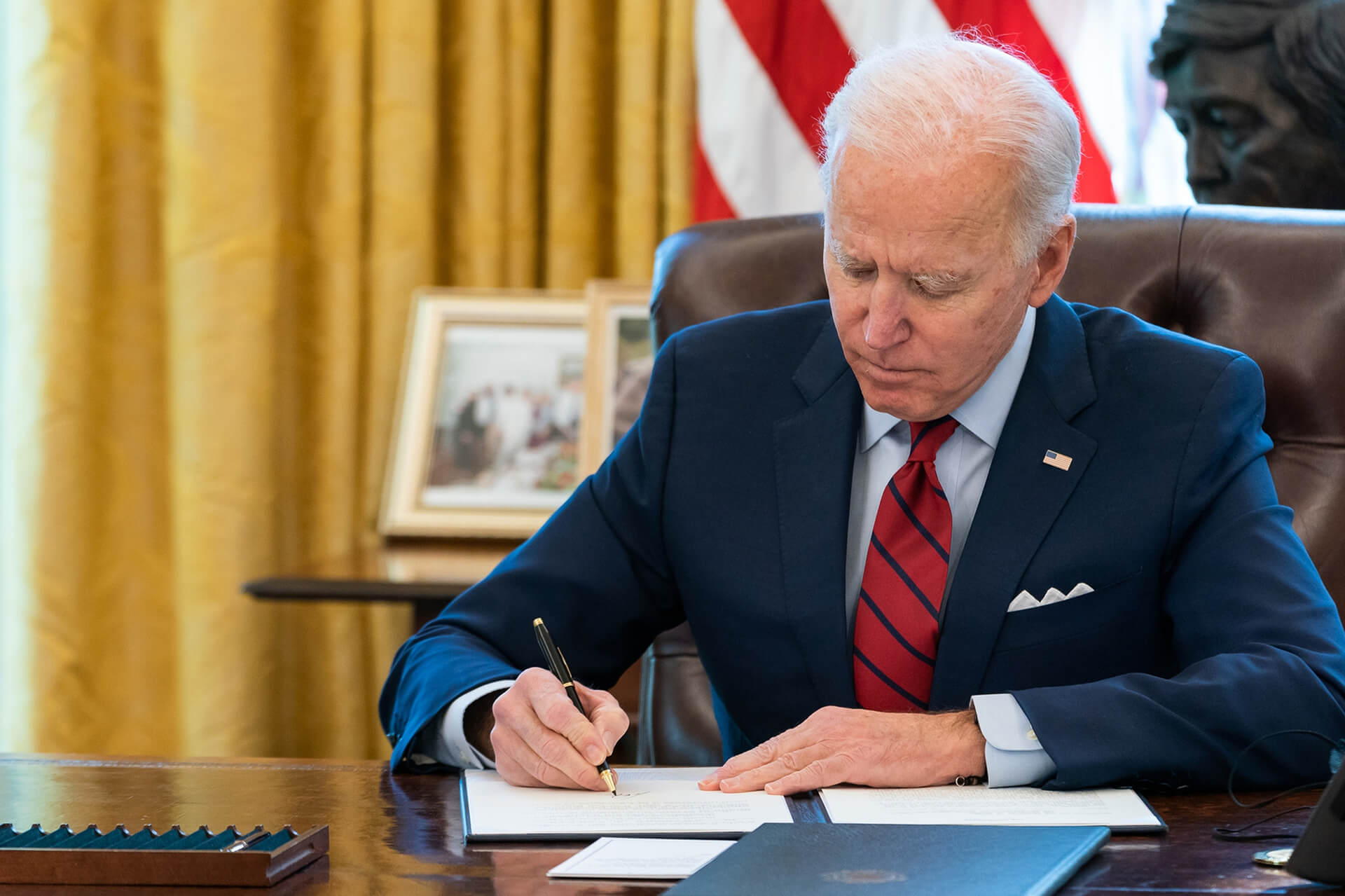 It started with an ill-considered fist bump. In July, US President Joe Biden tried to make his uncomfortable peace with a man he deemed to be a murderer and a nation he called a “pariah.” The nation was Saudi Arabia and the man, Crown Prince Mohammed bin Salman (MBS). Biden hoped his traditional ally would help in his noble quest to keep down the price of gas at the pump for Americans in a midterm election year. US sanctions on Russia drove the price up. The Saudis need to obediently drive the price down. That is their traditional role.

Throughout the summer, the president hoped to have made his point. But then came the dreaded October surprise. Biden appeared shocked by what The Washington Post described as a “move by OPEC Plus last week to cut its oil output by 2 million barrels a day,” a decision that would most certainly “boost oil prices in the United States and worldwide.”

MBS should have known that bucking the always wisely calculated requests of the United States can be risky. The US will not brook insubordination. In this case, Biden’s reaction appears to be deeper than usual. Reducing production and letting prices drift upwards is one thing. Choosing the worst possible moment to do so is another. As The Post notes, “its timing a month before the midterm elections was a political blow to Biden that some in the president’s circle saw as a personal shot at the president.”

The insult MBS inflicted was so severe the White House is now officially calling into question the formerly stable and traditionally tight relationship that literally oiled the American global economic empire over the past 80 years. “President Biden,” we learned last week, “is kicking off a process of reevaluating, and potentially altering, the U.S. relationship with Saudi Arabia following the announcement by a Saudi-led coalition that it would slash oil production.”

In US foreign policy, applying a variable set of often extreme punitive measures leveled against any disrespectful ally who fails to toe the line

An article co-signed by The Washington Post and AP offered this tasty morsel designed to further embarrass Biden: “Saudi Arabia said Thursday that the U.S. had urged it to postpone a decision by OPEC and its allies — including Russia — to cut oil production by a month.” The White House desperately wanted to prevent a spike in gas prices ahead of November’s midterm elections.” This is clearly a low blow. Normally, diplomacy avoids deconstructing the ally’s partisan motives. The Saudis are telling Americans that Biden is more focused on electing Democrats to Congress than easing the pain of American citizens.

Gambrell notes that “the Saudi Foreign Ministry’s lengthy statement showed how tense relations between the two countries have become.” Tense is the right word. The past tense may henceforth be required when narrating the once unbreakable Saudi-US friendship, which, built around the petrodollar, had more closely come to resemble a collusion.

Biden’s team denied any purely electoral motivation. Instead, White House staffer John Kirby accused Saudi Arabia of coercing other OPEC members into endorsing a decision they didn’t agree with. Washington added the inevitable insinuation that the Saudis were “siding with Russia in its war in Ukraine.” The Saudis in turn responded that the decision was technical. Delaying it for a month would have had “negative economic consequences.” They took the moral high ground, claiming that they were guided by their “noble objectives to protect the global economy from oil market volatility.”

This is the kind of accusatory dialogue that occurs when two nations eager to vaunt their commitment to “noble objectives” suddenly fall to quarreling. Each wants the world to understand that its mission consists of sacrificing its self-interest for the well-being of the entire planet. Who could doubt America’s commitment to justice in the world or the Saudis’ to the stability of markets?

With neither side willing to back down, the debate ended with Biden predictably promising the kind of punishment for nonconformity the US routinely applies, while at the same time refusing to define what form it might take. “I’m not going to get into what I’d consider and what I have in mind,” Biden insisted. “But there will be — there will be consequences,” he maintained, with a more menacing tone.

Though some claim it is all about the Saudis’ hope to see Donald Trump in the White House again, the rift between the US and Saudi Arabia is real and is likely to be lasting. It may have begun with the gruesome murder of Jamal Khashoggi four years ago, but it has now become a major geopolitical psychodrama, linked to the polarizing effect of the war Ukraine.

Alliances deemed unbreakable are now unequivocally exposing their fragility. New alliances will undoubtedly emerge. To what end, nobody knows. The US, ensconced in its “as long as it takes” posture, appears to have fabricated in Ukraine its latest “forever war.” By excluding any consideration of a negotiated settlement, it has brought the world to the brink of a nuclear holocaust. The escalating instability of a geopolitical reality no longer controlled by Washington, and even less by the United Nations, appears to be approaching a tipping point. When things get that grim, new configurations of alliances become as inevitable as they are unpredictable.

Here is how John Kirby put it: “In light of recent developments and the OPEC Plus decision about oil production, the president believes we should review the bilateral relationship with Saudi Arabia and take a look to see if that relationship is where it needs to be.” Only in American culture can a relationship be thought of as something to be defined in terms of what it “needs to be.” What could possibly be the criteria for defining such needs?

So, Washington is busy working on a new needs analysis. The Washington Post reveals that “calls to revisit America’s support for Saudi Arabia have emerged in Congress and elsewhere. Officials said Tuesday that Biden is doing so, but they offered no details on how the relationship might shift or what policies the president is considering.” We will only know once Biden begins his effort to “discuss this relationship with members of Congress.” That should produce some exciting dialogue focused on formulating and meting out appropriate punishment for the Saudis’ bad behavior. It is expected to include “limiting security cooperation; reducing arms sales; and removing OPEC Plus’s exemption from U.S. antitrust laws.”

Congressman Chris Murphy from Connecticut made this revealing comment: “The whole point of looking the other way when it comes to the Saudi war in Yemen and their awful human rights record was to make sure they would pick us in the middle of an international crisis, and instead they chose the Russians.” Punishment is clearly required.

Murphy’s comment sounds like the complaint of a lover who has been jilted. That means emotion is likely to trump reason. But it gets worse. CNN reports that the White House circulated “draft talking points” that “warned that it could be taken as a ‘hostile act.’”

Nostalgic for the halcyon days of the Cold War, the US has spent the past 30 years turning the ghost of an eviscerated post-Soviet Russia into not just a theoretical enemy but a frightening bugbear. It began when US experts intervened to redesign Russia’s economy along the lines of their neoliberal “rules-based order.” When that experiment failed and Vladimir Putin began his work of reverting to a Tsarist style of authority to restore order, Russia the new US ally became Russia the much-needed traditional adversary.

Can the same thing happen with Saudi Arabia? It seems unlikely for multiple reasons. But if an adversarial relationship develops, who will the Saudis turn to and what will that mean for the balance of power across Africa, the Middle East and Asia and the ability of the US to maintain its global hegemony?

The increasingly hyperreal and hyper-militarized US once again seems surprised by events it can’t control. Welcome to the very real 21st century.

*[In the age of Oscar Wilde and Mark Twain, another American wit, the journalist Ambrose Bierce produced a series of satirical definitions of commonly used terms, throwing light on their hidden meanings in real discourse. Bierce eventually collected and published them as a book, The Devil’s Dictionary, in 1911. We have shamelessly appropriated his title in the interest of continuing his wholesome pedagogical effort to enlighten genera“I’m not going to get into what I’d consider and what I have in mind. But there will be — there will be consequences.”tions of readers of the news. Read more of Fair Observer Devil’s Dictionary.]