James O’Keefe’s latest “exposé” does, in fact, provide us with a valuable insight into the workings of mainstream media.

James O’Keefe is one of the most odious, disreputable and despicable characters in American political media. His devious and tendentious techniques can, however, occasionally afford us a glimpse into some serious issues. In his latest propaganda piece built on a hoax, he succeeds in uncovering what journalists at CNN are willing to reveal in private about how the news that most people uncritically consume actually works. These snippets of interview, taken out of context, would have led any astute observer and an honest journalist to conduct an investigation and develop a nuanced reflection on an issue of great concern: How corporate interests manage the news and manipulate the public in the sole interest of making a profit. But O’Keefe never plays the role of astute observer. He’s a shameless propagandist whose job is to manipulate perception and prevent serious observation and reflection.

O’Keefe’s interviews with CNN producers demonstrate an important point the media typically hide from the public — that there’s a significant gap between what a news channel puts on the air and what its journalists actually perceive and understand about the stories they report. It shouldn’t surprise us to learn that 90% of CNN’s reporting staff think that Trump, is “hilariously unqualified,” “crazy,” if not downright “batshit.” The question should then become, Why during on camera reporting do they treat Trump as a normal political figure whose positions can be reasonably debated rather than depicting him as a dangerous clown?

In other words, they are far more kind to Trump in public than they are in private. That’s the interesting contradiction, but it isn’t  the one O’Keefe chooses to highlight. He disingenuously seeks to convince us that the correct conclusion is that CNN’s reporting is unreliable because its journalists privately don’t like Trump. What makes this doubly absurd is that he then goes on to claim, citing the same interviews, that the journalists have zero power over the actual content that is broadcast.

A CNN “supervising producer,” John Bonifield, reveals an obvious truth about all corporate media — not just CNN —  that the choice concerning which news stories to promote is entirely based on ratings. Individual journalists have no independence. They are mere performers, working to a thematic script dictated by the executives who survey the ratings. The obvious conclusion any reasonable person should draw from this is that corporate media as a whole — CNN being a mere example — cannot be trusted. The obsession with ratings, common to all corporate-owned news services, perverts any truth people might expect from the news by giving them only what draws eyeballs.

Associate producer Jimmy Carr lists the themes to privilege: “Russia, ISIS, London terror, shooting in Chicago” — in other words stories that inspire fear and stifle reflection. But O’Keefe is a fearmonger himself and committed, in this instance, to defending Trump against his enemies, not to drawing the obvious and important lessons from his otherwise very interesting experiment. A further irony is that CNN’s journalists are obliged to maintain, on camera, the fiction that Trump is a normal politician rather than the deeply flawed, dangerously compulsive narcissist they know him to be.

O’Keefe is even more disingenuous when he offers some pseudo-analysis of what he considers a doctored CNN panel discussion with Trump voters. What the discussion reveals are two facts that he refuses to highlight: That the entire American electoral system is poorly conceived, routinely mismanaged, easy to game and badly in need of reform if democracy is ever to have a meaning in the US. And that the Republicans are, in fact, the hands down champions in manipulating voting in their favor, as a true investigative reporter, Greg Palast, author of the book and film, The Best Democracy Money Can Buy, has repeatedly revealed.

O’Keefe comically accuses CNN of “selective editing,” a propaganda technique he is specialized in. His “proof” of selective editing by CNN is a joke because the evidence he cites of changing the message is more than just flimsy. It relies on one unreliable witness — the man in the panel — and that witness’s citing of another O’Keefe document, not just selectively edited but intentionally staged.

But O’Keefe, scoundrel that he is, has provided us with a valuable insight into one of the biggest factors undermining any possibility of true democracy in the US: corporate control of the media and the news available for people to see and read. And for that act of civic generosity, I, for one, am profoundly grateful. A pity O’Keefe doesn’t want us to reflect on the real significance of what he has so generously shared with us. 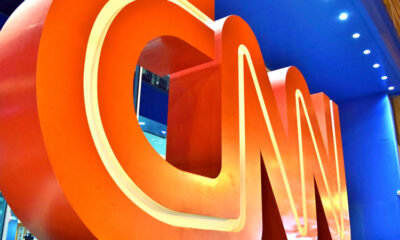 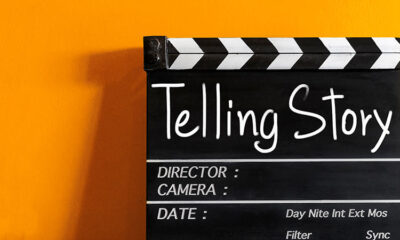 In the Run-Up to the US Election, Storytelling Becomes Rather Less Innocent 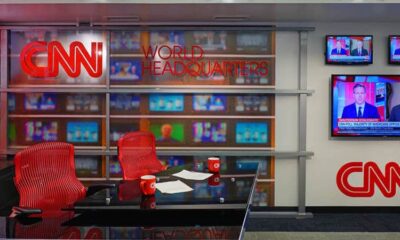