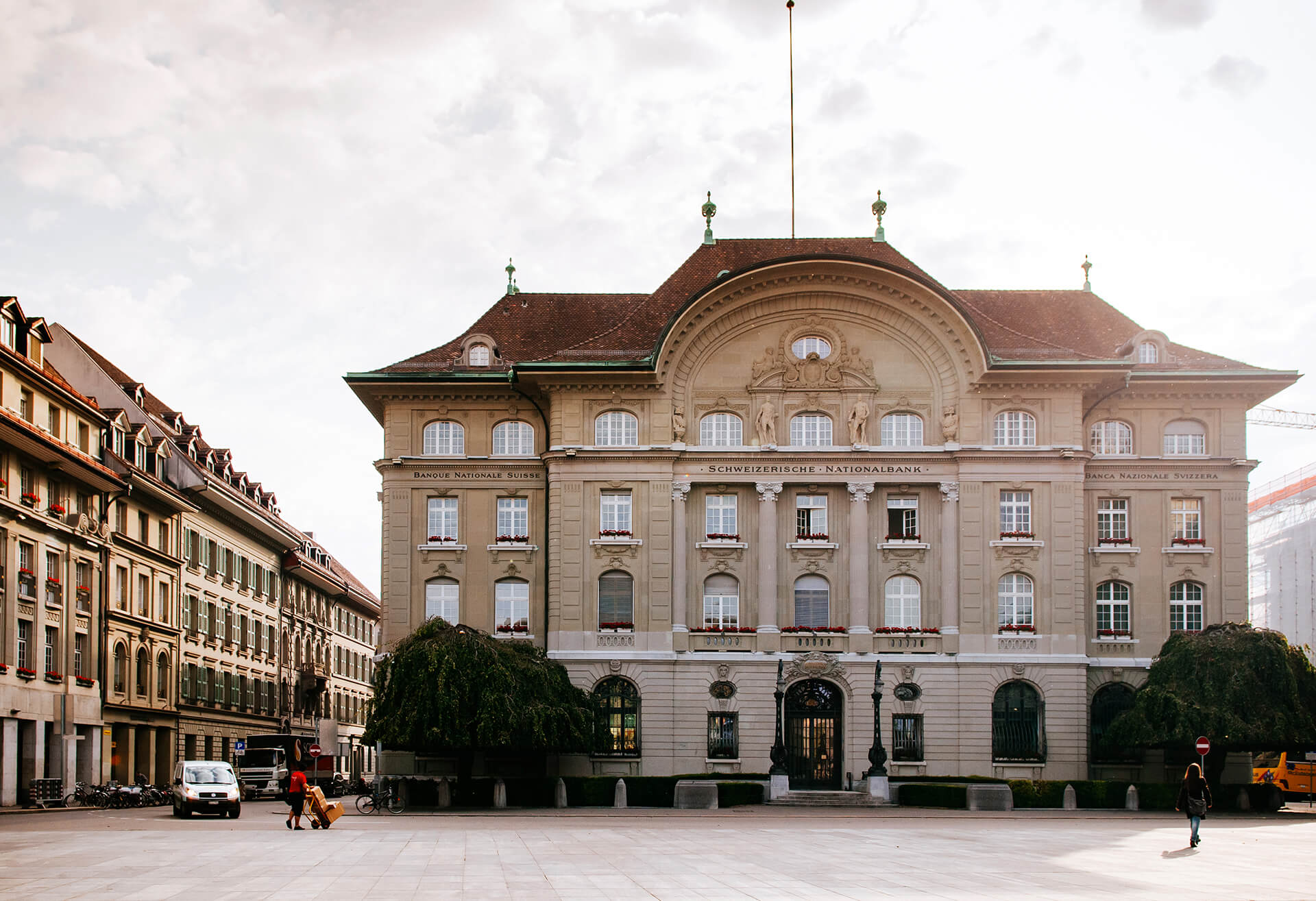 On October 11, Thomas Jordan, Chairman of the Governing Board of the SNB, gave a speech in Washington DC titled “Current Challenges to Central Bank Independence”. Three weeks later, the SNB released its third quarter results, revealing a record loss of $151 billion (CHF 142.4 billion). This is a staggering amount. To put this loss in context, the Swiss gross domestic product (GDP) is $813 billion (CHF 765 billion). Simply put, the SNB had squandered 18.57% of the GDP in a policy at odds with the Swiss reputation for prudence.

The loss is almost entirely due to foreign investments. Around half of the losses of $74 billion (CHF 70 billion) came from fixed income securities. As global bond prices fell, so did the value of these securities. Another $57 billion (CHF 54 billion) came from losses in equities, among them many US technology stocks. The loss wiped out almost three quarters of the bank’s equity. How did we get here?

In March 2009, the SNB began to purchase euros to stop the rise of the Swiss franc. The mission failed, as the euro continued to fall against the Swiss franc (from 1.46 to 1.26). Within two years, investments in foreign currency mushroomed from $50 billion (CHF 47 billion) to $216 billion (CHF 204 billion) by the end of 2010. That year, the SNB lost $27 billion (CHF 26 billion) on foreign investments. Early that year, newspapers such as Neue Zürcher Zeitung der SNB warned of “concentrated risks” and “harsh losses” due to outsized positions in foreign currency.

On September 6, 2011, the SNB announced that it would “set minimum exchange rate at CHF 1.20 per euro” as “the current massive overvaluation of the Swiss franc poses an acute threat to the Swiss economy and carries the risk of a deflationary development”. It announced, “With immediate effect, it will no longer tolerate a EUR/CHF exchange rate below the minimum rate of CHF 1.20. The SNB will enforce this minimum rate with the utmost determination and is prepared to buy foreign currency in unlimited quantities”.

Foreign exchange markets are characterized by enormous trading volumes. An average of $7.5 trillion are traded per day. This number is ten times larger than the annual Swiss GDP. Central banks have attempted many times to influence exchange rates. Most attempts have failed. To be fair, some succeeded such as the 1985 Plaza Accord to weaken the dollar and the 1987 Louvre Accord to stop its decline. Note that successful attempts always involved multiple central banks.

Unfortunately, the SNB took its decision unilaterally, without help from the European Central Bank (ECB). The ECB released a statement it had “taken note of this decision, which has been taken by the Swiss National Bank under its responsibility”. This is central banker speak for “good luck – you are on your own”.

The Swiss franc’s share of world currency reserves is less than 3%. It was pure hubris to think the SNB could manipulate the exchange rate of the Swiss franc given how much larger the euro (20%) and US dollar (60%) happen to be.

This forced the SNB to venture into other currencies still offering positive yields, like the US dollar, and, by extension, US stocks. At the end of 2021, its holdings exceeded $11 billion in Apple, $9 billion in Microsoft, $5 billion in Amazon and $3 billion each in Tesla, Alphabet A (formerly Google), Alphabet B and Meta (formerly Facebook). In total, the SNB owned 2,719 different US stocks worth $166 billion, a sum of $19,000 per Swiss inhabitant. Among earlier holdings were also 1.8 million shares of Valeant, a healthcare company that turned out to be an accounting fraud, which subsequently saw its stock price fall from over $260 to below $10.

Should a central bank invest in foreign assets?

A central bank generates seigniorage gains by pushing zero-yielding currency into circulation while investing the proceeds in assets, usually bonds, carrying a positive return. If your counterparty is domestic, the transfer of assets stays “within the country.” Some income is being transferred from those domestic counterparts to the central bank. The central bank makes a profit, pays salaries, and transfers the rest to the government. It’s a kind of tax.

Indian Equities, Global Markets: What Is the Story?

But if you do the same with non-domestic counterparties you are “taxing” other countries’ citizens. US shares purchased by the SNB are not available to other investors or, if they are, then only at a higher price. Perhaps the SNB even contributed to the bubble in technology stocks. Because the SNB was forced to invest its euros and dollars it became what is called a price-insensitive buyer. It had to buy something with the money printed. Price-insensitive participants distort market prices. When an individual distorts markets, he will go to jail. Central bankers face no such consequences.

Negative effects on large-scale purchases of foreign currency are not limited to the asset side of the balance sheet. For every euro, dollar or yen purchased, the SNB sold a corresponding amount of Swiss franc, thereby increasing the amount in circulation dramatically. Such a move, if left unsterilized, can provide the kindling for inflation driven by monetary expansion.

Despite massive interventions the SNB was unable to prevent the Swiss franc from strengthening against the euro. By the end of 2014, its foreign currency investments had mushroomed to $540 billion (510 billion CHF), or 76% of GDP. On January 15, 2015, the SNB had to give up its 1.20 CHF/EUR exchange rate barrier it had vowed to defend with “utmost determination”.

The announcement occurred during European trading hours (10:30am CET) on a Thursday. The Swiss currency briefly shot up by a staggering 40% against the euro. Postfinance (Swiss postal bank) had to suspend foreign currency trading for its customers. Swiss stocks fell the most in 25 years. Shares of Julius Baer lost 23% on rumors of currency losses. FXCM, the largest US retail FX broker, needed a $300 million cash infusion after customers were unable to repay losses incurred. Citigroup, Deutsche Bank and Barclays lost a combined $400 million. Everest Capital, a hedge fund, lost virtually all its $830 million as it had bet on the Swiss franc to weaken. Homeowners in Austria, Poland and Hungary were thrown into financial trouble as they had taken out mortgages in Swiss francs to benefit from low interest rates. Swiss franc-denominated loans accounted for 15% to 35% of total mortgages in those countries.

Could not wait for the weekend

Market-moving decisions are usually released on weekends, when all financial markets are closed, allowing investors enough time to analyze the news. Publishing a dramatic decision in the middle of a trading day is highly unusual and unprofessional. What could have convinced the SNB to do so, nevertheless? The weekend was only one day away. Why couldn’t the release wait, given the mayhem it was bound to cause?

The most likely explanation is that the imminent publication had leaked. Swiss franc futures contracts traded in Chicago show a suspicious burst of activity 39 minutes before the announcement. On the following Monday, Christine Lagarde, then the managing director of the International Monetary Fund, mentioned that “very few people were informed of the move ahead of time. My understanding is that very, very, very few people were informed ahead of anything.” It seems that some of those people used inside information for personal gain. Once a leak occurred, rumors would have started flying, and the SNB would have been asked to comment. This would have forced their hand to immediately release the fateful statement.

“Poor advertisement for Swiss reliability” titled a story in The Financial Times. The entire episode does not shine a good light on the SNB. In addition, no lessons seem to have been learned, as the balance sheet continued to grow after this debacle. At the end of 2021, the SNB’s balance sheet exceeded $1.1 trillion (CHF 1.05 trillion), equal to 144% of GDP. Foreign currency investments of around 130% of GDP, and 30% in foreign stocks, can hardly be described as prudent. In terms of balance sheet size relative to GDP the SNB exceeds the Bank of Japan (129%), the European Central Bank (67%), the US Federal Reserve (34%) and the People’s Bank of China (32%).A large balance sheet relative to the GDP limits potential future moves in case of economic or monetary turmoil. It also amplifies losses. The SNB’s mandate is to “act in accordance with the interests of the country as a whole. Its primary goal is to ensure price stability.” Engaging in failed currency and balance sheet adventures on a massive scale seems contradictory to its mandate. The supervisory board of the SNB should put an end to this casino mentality, or risk losing the independence of the Swiss central bank.