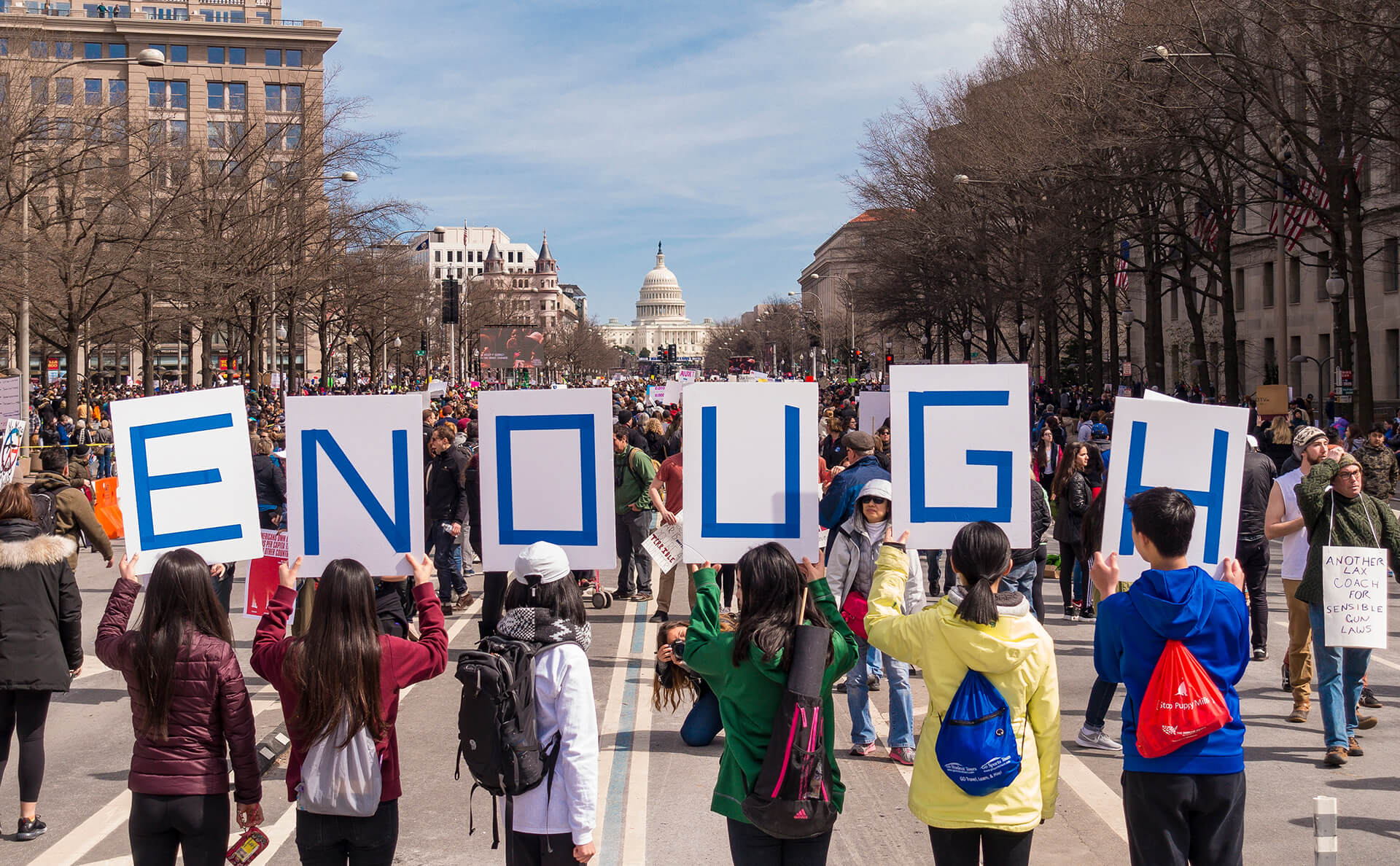 “Look, I own guns, and I’m a hunter.  But all the hunters and gun owners I know are responsible gun owners who favor common sense gun safety measures.”  This is complete bullshit, repeated over and over again to create the illusion that we are in this together to stop the crazies from killing our kids in schools and our friends and families at the mall or in the grocery store.

Too Many Weapons With Too Many People

And how about those gun manufacturers and gun dealers.  I’ll bet a whole bunch of them are hunters too. Probably even the guy who thought it was a good idea to sell two AR-15 semi-automatic rifles to the same kid just days after his 18th birthday, not to mention the extended magazines and ammunition necessary to turn those weapons into active killing machines in Uvalde, Texas.  Let’s find that guy and interview him for his take on hunting and gun safety.

And the cops on the scene, likely hunters and heroes all. Surely they are not afraid to plug a deer, but put them up against a hunter of humans with a “long gun” and they wait around for a key to open the door to an elementary school killing field. Behind that door was a room filled with a killer, one of his AR-15 rifles with loaded magazines at the ready, and the pools of blood around nineteen dead or dying children and two dead teachers. Also, behind that door were those children who somehow survived covered in blood and bullet fragments to relive this nightmare for the rest of their lives.

I wonder whether any of those cops will change their point of view about guns in civilian hands after what they witnessed that those guns, those magazines, and those exploding bullets can do.  Their silence, and the silence of tens of thousands of other cops, says it all.

So save the pious crap for the thoughts and prayers that litter the landscape of a violent land filled with violent people, and a gun culture that always raises the ante and the death toll.  It was easy to find the first deflection.  All those “responsible” gun owners were at the ready to bemoan the dismal carnage and repeat their pious outrage about guns in the wrong hands.  Yet, nowhere in the mix will there be any self-reflection that they themselves bear any responsibility for the carnage.  For somehow, it is the freedom to create that carnage that is more precious to them than someone else’s precious child with a body destroyed beyond recognition by the firearms that those “responsible” gun owners crave.

Just what is this precious freedom that is so worth the carnage to so many.  It is the supposed individual right to keep and bear arms.  Some say that this right is enshrined in the Second Amendment to the US Constitution. Yet that Second Amendment doesn’t say a word about individual gun ownership or who among the people shall enjoy the precious right.  Nor does it mention automatic and semi-automatic weapons or what to do when human ingenuity creates high-capacity magazines and exploding bullets.

In fact, the Second Amendment of the United States Constitution is short and extremely imprecise.  It says in its entirety: “A well regulated Militia, being necessary to the security of a free State, the right of the people to keep and bear Arms, shall not be infringed.”

So, if you are a member of a well-regulated militia, it seems that you have the right to access a gun or two in order to perform the duties associated with a late 18th century public militia.  Beyond those merry militiamen, the amendment doesn’t even try to suggest who else might be included among the “people” whose right to keep and bear arms is not to be infringed.

If the revered founding fathers wanted to arm everyone, they probably would have said so.  Remember how purposeful they were in leaving women out of most of the Constitution and how famously precise they were in creating the three-fifths Black guy.  Yet now, all of sudden, the word “people” means everybody. And just to add to the definitional confusion, the Second Amendment doesn’t even try to define the word “arms,” leaving that task to the gun manufactures of the future and their paid flacks and corrupted politicians.

There has been much written about the history of today’s quixotic notion of individual gun rights.  But one thing is certain, in order to get there, whether you are a gun nut or a Supreme Court justice, you have to ignore the entire introductory phrase of the Second Amendment.  Only by doing so can you arrive at the conviction that an individual right to bear any and all arms is enshrined in the US Constitution.

To be precise, individual citizens armed to hunt deer or prairie dogs, protect themselves, and indiscriminately kill and maim other humans, is the antithesis of any notion of a well-regulated militia that is “necessary to the security of a free State.”  America seems so insecure today precisely because of the chaotic proliferation of firearms in civilian hands.

At this moment, the gunmen that we should fear are our armed neighbors.  We should fear them because they are gunmen.  We should understand that the ones among them who create the chaos do not act alone. They act with our tacit support when we say nothing about the guns they own, and about the people in our communities who arm them for profit.  They act with our overt support when we buy into their fantasies by doing nothing to disarm them.  The lone wolf idea is nothing more than another useful fiction that keeps us quiet and does a disservice to wolves.  The killers never act alone.

So, save it folks, I want you to know that I am coming after your guns, all of them.  Because I know and you know that that is the only way to truly protect ourselves from each other and our baser instincts that so often turn so deadly only in that instant when a trigger is pulled.  Learn to fish.  It is more satisfying and only fatal to humans who are stupid enough to swallow their own hook.

As we watch America’s legislative gun control charade play out in the days and weeks ahead, it is useful to remember that there are times when something can be better than nothing.  However, sometimes, and this is one of those times, “something” sure looks like nothing.