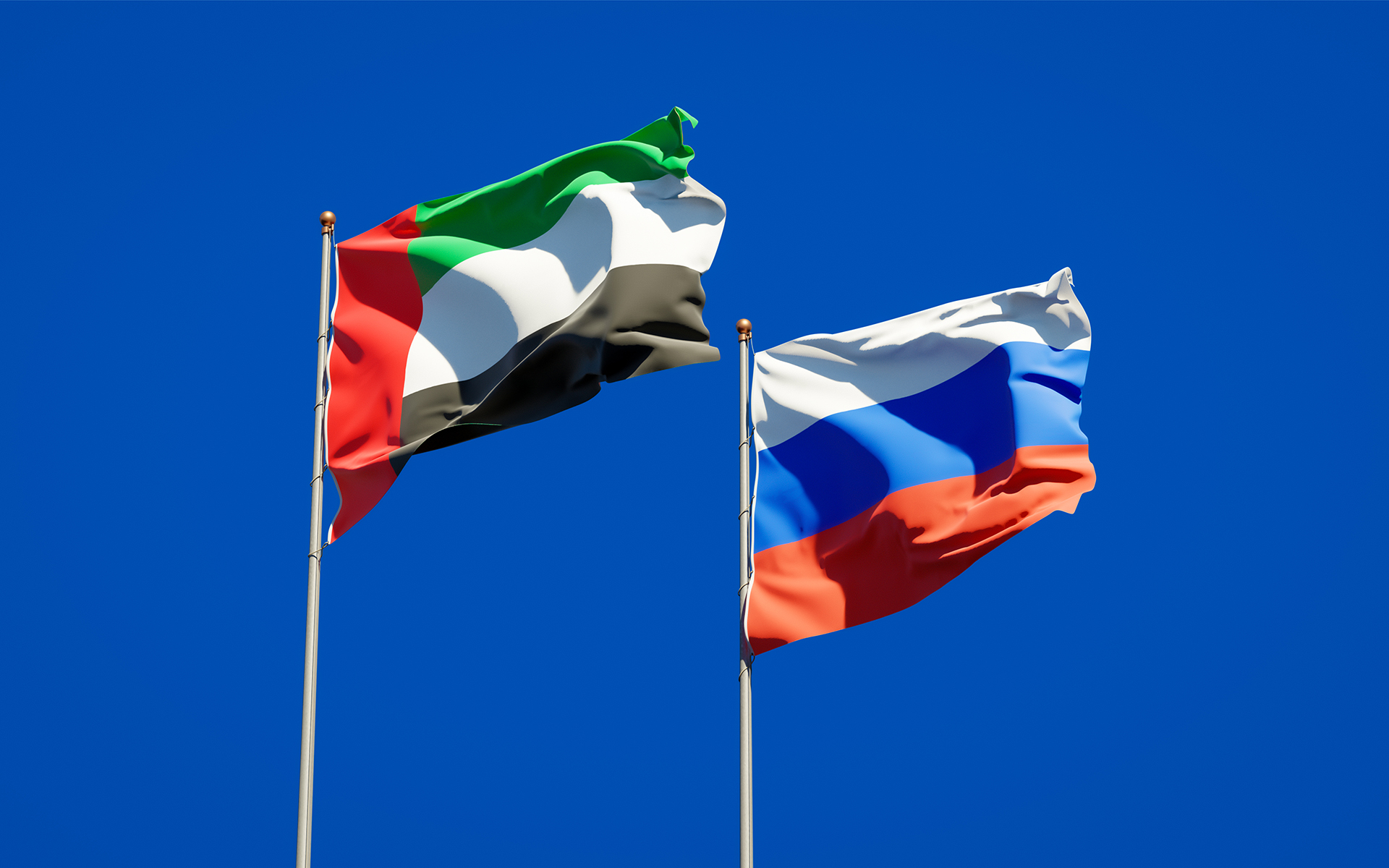 Abu Dhabi sees itself as an actor of international significance. Leading the charge is Abu Dhabi Crown Prince and President Mohammed bin Zayed of the United Arab Emirates (UAE). While the UAE’s deteriorating relationship with the US might arguably be improving, the country is now cleverly balancing the West and the East.

Even as the UAE has a historic relationship with the US, it has been deepening its relationship with Russia. Both countries target periphery nations for discreet joint involvement. Shared interest across Africa has seen the UAE-Russia partnerships from Senegal to Sudan.

A power struggle in Sudan

The UAE has significantly increased its involvement and direction of affairs within Sudan since the resignation of the civilian prime minister Abdalla Hamdok in January. He had already been ousted in a coup led by the generals in October last year and his brief return was due only to international pressure, primarily from Washington.

Since Hamdok’s departure, a power struggle between the chairman of the Transitional Sovereignty Council, Abdel Fattah al-Burhan, and his deputy, General Mohamed agalo, “Hemeti”, has developed. As competition between Burhan and Hemeti quietly intensifies, Sudanese actors are courting the UAE. Abu Dhabi is receptive to such overtures and Tahnoon bin Zayed, UAE’s national security advisor and Mohammed bin Zayed’s brother, has decided to back Hemeti. So has Russia.

Amid Normalization With Israel, Sudan’s Future Hangs in the Balance

Burhan has attempted to consolidate his position by centralizing power within institutions, such as the ministry of defense, and by maintaining formal relationships with regional allies. This has seen the ministry increase its stake in the control of Port Sudan as well as other industrial ventures in the eastern region. By doing so, Burhan seeks to reduce the potential for Hemeti and his principal backer, the UAE, to secure access for themselves and Russia to the area.

Moscow has long been trying to secure naval access to Port Sudan, a deal that continues to be delayed as Khartoum tries to secure greater financial and political support. It is important to note that Burhan is not overtly opposed to the UAE and Russia but is driven by the principal requirement to secure his own grip over Sudan. Burhan has tried to balance internal power dynamics while managing the tainted legacy of former president Omar al-Bashir with the whims and expectations of the international arena.

Burhan has recently visited Egypt, Libya, and Chad in an attempt to reinforce his own centrality in the future of Sudan. This has been conducted through high level relations with regional actors. Additionally, Burhan deployed Gibril Ibrahim, the leader of the Justice and Equality Movement (JEM), to Saudi Arabia to secure short-term funding for Sudan.

Even as Burhan is making his moves, Hemeti is countering them. The chief of staff to Chad’s president is his first cousin and a prominent negotiator with leading figures in the Darfur region. There are even reports that the governor of Darfur, Minni Minawi, is preparing to leave Burhan’s coalition and side with Hemeti. However, this dynamic is extremely delicate as Hemeti was the leader of the Janjaweed who perpetrated mass violence in the Darfur region. The implications of these power struggles for Sudan’s domestic scene are extremely perilous. After several coups, there is a real risk of another civil war.

The UAE and Russia join hands for a common cause

Sudan is still suffering from continuing US-led sanctions imposed after the coup that removed Hamdok. In such a situation, the UAE has assumed the role of facilitator and provider of urgently needed funds. In doing so, the UAE is bolstering the military-led administration in Sudan, developing its network in Khartoum and averting any potential shift of power to civilian government.

While  supporting the role of the military within Sudan’s  political structure, Abu Dhabi has sought to develop ties with key civilian actors. The UAE is cultivating Osama Daoud, a billionaire businessman with close ties to the military. He is the chairman of the DAL Group, which has an office in the UAE.  It has been reported that Daoud maintains a very close relationship with Tahnoon bin Zayed, and it is through this dynamic that a $6 billion investment project came through.

The Abu Dhabi Ports Group will construct a new port, just north of Port Sudan, with an accompanying free zone. In addition, the Sudanese Central Bank will have $300 million deposited which should help to smooth over the condemnation the country faces over the lack of progress towards a civilian government. The UAE has also signed an agreement to develop a large agricultural project in Eastern Sudan that will export its produce through the new port. While the West has been trying to force the military to cede power, the UAE has been concluding deals with key military and military-backed players that will only further their influence in Sudan.

The timing and decision to increase financial assistance to Sudan is crucial. It is now clear that the UAE backs Hemeti. In the past, he has proven his loyalty to Abu Dhabi by supplying a large contingent of soldiers to South Yemen where Hemeti’s soldiers helped secure key areas from Houthi forces. Now, Russia may be joining hands with the UAE to back Hemeti. The Wagner Group, Russia’s shadowy mercenaries, could intervene should civil war in Sudan break out. Hemeti has visited Moscow on several occasions, securing military assistance and intelligence support from Russia’s Internet Research Agency.

To counter Hemeti, Burhan has tried to win the UAE’s support. In March 2022, Burhan visited the UAE but did not gain Abu Dhabi’s backing. Therefore, he recently ordered the release of some Islamist prisoners, a move that has irked the UAE and made it move closer to Hemeti.

The US is watching the UAE’s involvement in Sudan with concern, especially as Abu Dhabi and Moscow are working together to back the same horse. In essence, Washington’s long-term project to install a civilian government in and bring peace to Sudan is being undone by Abu Dhabi. The UAE is not only eradicating the last vestiges of Sudanese democracy but it is also enabling Moscow to extend its reach far beyond the Eurasian sphere. Washington would not be pleased if Moscow gains naval access in Sudan. Yet it can do little as Abu Dhabi and Moscow cooperate to achieve a common goal. Dynamics in Sudan reveal clearly the UAE’s centrality in a shifting power dynamics in the Middle East, both in the Persian Gulf and the Red Sea.

Sudan has been on the periphery of international attention. The new democratic government was poorly supported by the international community. This made the country vulnerable to external designs. The transition to civilian rule failed when the UAE and Russia backed military elites to achieve their strategic interests. Should Sudan succumb yet again to civil war, Russia is likely to provide security assistance to Hemeti while the UAE will provide the money. In the process, Abu Dhabi will acquire economic assets whose value would have depreciated due to conflict. Any internal conflict and civil war will enable Russia and the UAE to secure their long-term interests in the Horn of Africa and beyond.