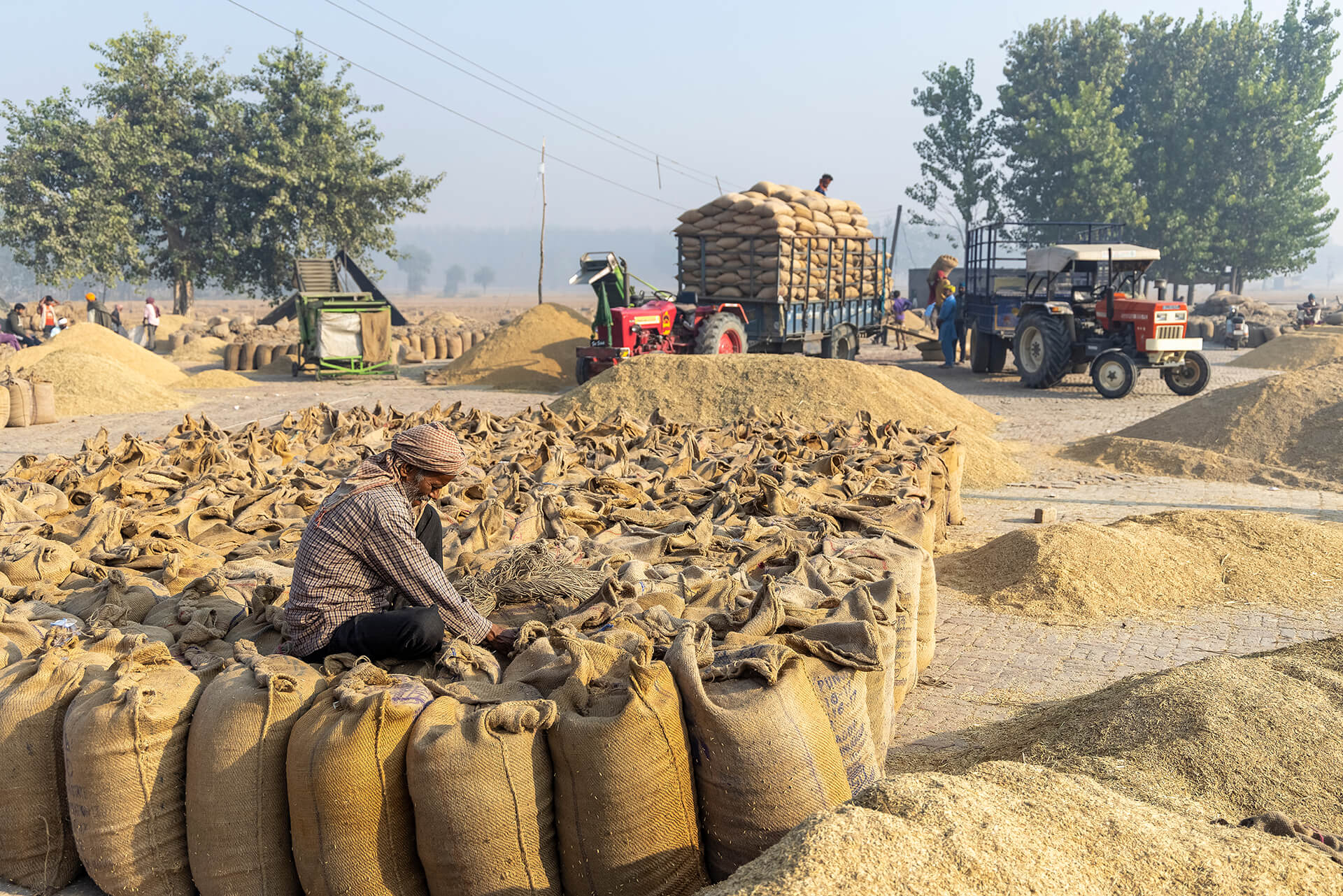 All discussions of procurement inevitably lead to a comparison between the model followed by the milk procedure co-operative societies, the Amul Model, and the procurement of cereals and pulses by agriculture marketing societies. Why is it that Amul scores exceptionally well in both stakeholder trust as well as public confidence, while procurement undertaken by FCI and NAFED is often mired in controversy?

Having worked as the CEO of a multi-district milk producers co-operative society as well as the managing director of an apex agriculture marketing co-operative NAFED, I would like to share with the readers how the two systems differ. But more importantly, what can be done to make procurement of cereals and pulses as transparent as the milk procurement operations?

Let us first look at the similarities before we discuss the differences. The commonality between milk producers and farmers who grow cereals and pulses is that both are marginal and small producers. Very few of them have physical assets or production surpluses. Neither has the infrastructure to market their produce independently and directly to the market. The volumes they produce also make it difficult for them to add value at the farm gate. Both need the intervention of their co-operative or a state agency to get a fair and remunerative price. In fact, on the face of it, a milk producers co-operative has a greater challenge, since the product is extremely perishable, whereas both cereals and grains have a longer shelf life.

Perhaps, it is this aspect of perishability that makes the milk producers more disciplined, for unless they pour the milk at the procurement center within the designated time, they will literally miss the milk van. However, more than that, it is the robust system set in place by Verghese Kurien, known as the “Father of the White Revolution” in India, that ensures complete transparency and absolute ease of doing business, First, the member can pour any quantity, from less than a liter to multiples thereof. After it is measured, it is checked for quality, and although today the content in fat and solids is measured by a machine, from the earliest times, a lactometer and a centrifuge machine were installed in every primary procurement center to record the quality. The price per liter of milk was contingent on the quality of milk, and there was a positive incentive for better quality.

Cereals and pulses: a different story

However, when it comes to procurement of cereals and pulses, the complexity takes on a new dimension. The first issue is that of the sheer volume on account of the seasonality of the production cycle. The second is the absence of grading /sorting machines at most of the procurement centers. Therefore, the decision concerning whether the produce adheres to FAQ (fair average quality) norms is based on what the procurement officer on the spot decides.  There is the permanent risk  of a genuine (human) mistake. But there is equally a risk of  establishing perverse incentives and encouraging collusion, for if the produce is below FAQ, then the stock value will be significantly diminished, and if non-FAQ stock is procured, it will receive the Minimum Support Price (MSP) for which it is otherwise ineligible.

No wonder then, that while, over the years, the business of Amul and milk producers’ societies has been growing, becoming ever more salient, the procurement operations of FCI and Nafed continue to be  mired in controversy. Significantly,milk collection is undertaken every single day, 365 days a year, whereas the procurement operations for cereals and pulses occur once a year and in an episodic fashion. Moreover, unlike Amul, which has devoted its time, energy, and domain expertise to ensure both forward and backward linkages, the same cannot be said for Nafed and the state marketing agencies. Another important factor is liquidity.

Although milk is literally a liquid product, the sector is not beset with liquidity issues. The producers receive their payment on a daily or weekly basis. On the other hand, FCI and Nafed often face a cash crunch as they are dependent on a budget line, and even bank guarantees have a certain limit. As such, even though the payment systems have become quite streamlined thanks to IT interventions, the basic problem of a lack of resources to ensure timely payments remains, and this affects the trust the system grants to the farmer. This may explain why the stranglehold of the intermediary (arthiya) over the procurement of cereals and pulses continues to remain as strong as ever.

There is one more lesson to be learned from studying the workings of a milk producers society. This relates to the well-established system of strengthening the equity base of the co-operative society, at all levels. Thus, if the milk producer is receiving forty rupees per liter of milk as the procurement price from the district milk union, it would retain a small amount ― say 25 to 50 paise per liter of milk ― to be allocated to the equity of the society. Over weeks and months, this amount totals up to a few thousand rupees, if not a lakh or more, thereby enabling the primary society to build its basic infrastructure: a state of the art office, a motorcycle for the veterinary field assistant, or a refrigerator for storing vaccines and medicines. Likewise, the district milk union also retains a small amount for its equity fund, thereby making the co-operative independent of government; both in terms of funds and its internal operations.

Daring to imagine the future and making it happen

Is there a way out? Certainly. It is high time the newly created ministry of co-operation led by Amit Shah brings out a compendium of best practices in cooperation that can be replicated in sectors other than milk and applied in states beyond Gujarat and Maharashtra, where the co-operative movement is quite salient and strong. Because only when the procurement of an entire range of commodities ― from oranges in Tamenglong (Manipur) and apples in Uttarkashi to raw honey in the Sundarbans ― is put on an even and transparent keel will the rural economy receive the necessary impetus. Successful co-operative professionals as well as elected officials may be appointed as professors of practice in the regional and district level cooperative training institutions and farmers should be encouraged to undertake study visits across the country.

Don’t Allow the Buffalo in India to Be Cowed Down

The reach of the co-operative sector is extensive, but many have become mere agencies implementing government programs. We can only hope that an exposure to some of the successful societies will prove inspirational, as well as meaningful.  Secondly, the Agri Infra fund announced by the prime minister, as well as the Rural Infrastructure Development Fund (RIDF) of National Bank for Agriculture and Rural Development (NABARD) must be used to set up a network of grading and sorting machines in all the procurement centers so that the farmers can get their produce sorted and graded against the parameters on which procurement will be made. It is true that the initial costs at Rs twenty odd lakh rupees per machine may be on the higher side, but it will have multiple positive fallouts, the most important being the ushering in of transparency and fair play in these operations.

At the end of the day, we need interventions, both in terms of processes as well as technologies, to help the primary producers in sectors other than milk reap similar benefits and set in motion a virtuous cycle of economic transformation in the hinterland.
[The Print first published a version of this article.]