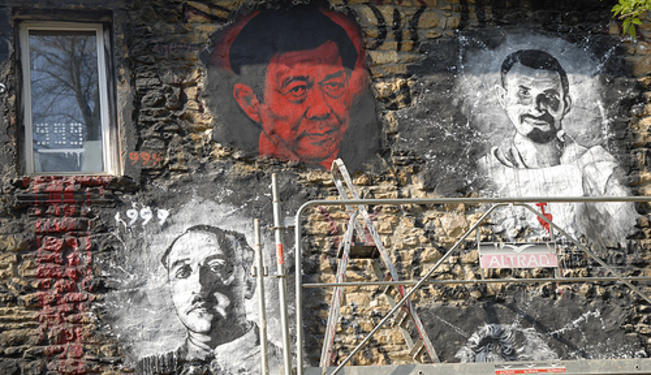 Analysis on the scandal surrounding Bo Xilai and his wife.

Like something out of a spy novel, the most fascinating development in Chinese politics since the Tiananmen incident continues to unspool in an unprecedentedly public manner. Following his removal as Chongqing party chief, Bo Xilai was suspended from his remaining high-ranking posts on the Chinese Politburo and Standing Committee earlier this month, effectively ending his political career. His wife Gu Kailai has been placed under investigation and is "highly suspected" of murdering a British businessman, Neil Heywood.

Since reports first surfaced two months ago of Xilai’s former deputy Wang Lijun seeking political asylum at an American consulate, Mr. Bo has been a man tumbling down a never-ending staircase. The public liked him as an official who got things done and looked out for the common man, and he enjoyed powerful connections as the "princeling" son of a legendary Communist Party member. But now it is difficult to imagine a way back for him. Political purges involving such high-profile officials are rare in China; most recently the late Premier Zhao Ziyang was forced to spend the rest of his life in disgrace and under house arrest. That still remains a better fate than the one that befell Lin Biao, the Mao-era official who died in a plane crash that was never explained or investigated.

Mr. Bo's advance towards the highest ranks of the Communist Party always involved a degree of high risk. Blending flamboyant populism and Maoist nostalgia, his style was at odds with his more reform-minded peers, starting with Wen Jiabao. Mr. Wen is a protégé of late reformist leaders such as Hu Yaobang and Mr. Zhao, and had stood next to the latter as he negotiated, megaphone in hand, with protesting students at Tiananmen Square in 1989. Indeed, the families of Mr. Bo and Mr. Wen respectively have an acrimonious history. So it is fitting that Mr. Wen would use the news conference following his last National People's Congress address to remind his government to learn from the Wang Lijun incident – an embarrassment that, incidentally, occurred under Mr. Bo's watch.

But if Mr. Bo's high-risk strategy preluded his downfall, what then to make of his wife's current predicament? When Mr. Heywood's death was reported last November, "excessive alcohol consumption" was blamed as the cause of death. But friends insisted that he is not a drinker, and when ties linking Mr. Heywood to the Bo family surfaced, the British government subsequently asked their Chinese counterparts to reopen the investigation into his death. The arrests of Ms. Gu and Zhang Xiaojun, a housekeeper at the Bo home, followed.

As it turns out, Mr. Heywood was friendly with the Bo family. He had a strong business relationship with Ms. Gu, and had helped her son Bo Guagua gain admission into Harrow, a prestigious British boarding school. Reports indicate that the relationship had recently soured, although Mr. Heywood was said to be unperturbed by this development in the days before he died.

Those who know of Ms. Gu through her career as a corporate lawyer have spoken of their astonishment over the charges, calling the media's characterization of her incredible, and almost that of different person. The investigation is on its course and there remains more to this story. Mr. Bo’s fate however appears largely to have been written through the helping hands of Messrs Wang, Wen, and himself.