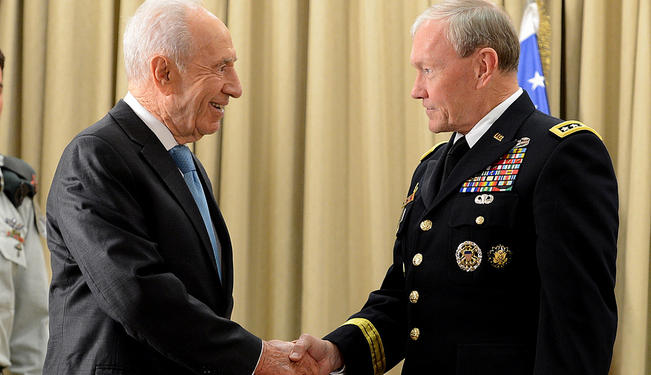 Those who supported Obama’s re-election have an obligation to challenge his unconscionable support for Israel’s attacks against the Gaza Strip, argues Stephen Zunes.

The November 21 ceasefire between Israeli and Hamas forces is a huge relief for the civilian population on both sides — the primary victims of the conflict. But the Obama administration’s unconscionable decision the previous week to block a ceasefire effort by the UN Security Council (UNSC) not only resulted in additional civilian deaths but also serves as an indication that, despite the president owing his re-election to the hard work of his progressive base, his foreign policy will continue to lean to the right.

The draft resolution blocked by the United States explicitly condemned all acts of terrorism and violence towards civilians, reaffirmed the right of all states to live in peace within secure and recognized borders, and called for an immediate and durable ceasefire. It reiterated that the Israeli-Palestinian conflict could only be resolved through peaceful means and called for an immediate resumption of a substantive bilateral negotiating process between Israel and the Palestinian Authority (PA).

This even-handedness was too much for the Obama administration, however, which promised to prevent the passage of any statement or resolution that did not explicitly put the blame for the violence solely on Hamas. The administration’s blockage of any consideration of any other effort made it appear as though President Obama would rather have the slaughter continue.

Though Rice has appropriately condemned Palestinians when Islamist radicals fire rockets into Israel, she has also opposed nonviolent forms of resisting the occupation as well, such as rejecting recommendations by the UN’s independent special rapporteur on human rights (who happens to be an American Jew) for a boycott of companies supporting Israel’s illegal colonization of the West Bank as “irresponsible and unacceptable”. The United States has also threatened to block any effort by the PA to upgrade its status at the United Nations or raise its concerns about ongoing Israeli violations of international humanitarian law with the International Court of Justice or the UN Human Rights Council.

The administration has also adamantly opposed the use of strategic nonviolent action to help ease the suffering of the people of the Gaza Strip, defending Israel’s attacks on unarmed ships on the high seas seeking to bring relief supplies. It appears that the United States want the Palestinians to instead simply trust the “peace process”— brokered by the world’s primary military, economic, and diplomatic supporter of their occupier — with a right-wing government that rejects the necessary territorial compromise for a viable Palestinian state.

More than 25 times as many Palestinian civilians died from Israeli attacks than Israelis died from Palestinian attacks in the recent fighting, yet the Obama administration insisted that only the Israelis had the right to resist. Obama proclaimed that: “There’s no country on earth that would tolerate missiles raining down on its citizens from outside its borders.” Yet he insisted that Palestinians must somehow tolerate much greater destruction without striking back.

Indeed, in response to the outcry at the growing number of civilian casualties from the Israeli bombardment of civilian areas of the Gaza Strip, Obama’s Deputy National Security Adviser Ben Rhodes insisted: “The Israelis are going to make decisions about their own military tactics and operations.” When pressed as to whether the Obama administration would support international efforts to try to prevent an Israeli ground invasion of the Gaza Strip, Rhodes replied, “they’ll make their own decisions about the tactics that they use in that regard.”

Meanwhile, both the US Senate and House passed resolutions by unanimous consent defending Israel’s ongoing war on the Gaza Strip. Unlike the Obama administration’s statements in support of Israel’s attacks, these resolutions failed to call on both sides to exercise restraint and expressed no regret at the resulting casualties. In contrast to similar resolutions four years ago in support of Israel’s deadly Operation Cast Lead, there was nothing in these most recent resolutions calling on the parties to avoid civilian casualties or work towards a durable and sustainable ceasefire. Nor was there any call for the president to try to calm the situation.

Rep. Dennis Kucinich (D-OH) noted how this supposedly “unanimous” vote supporting Israel’s war on Gaza was taken with “no notice, no committee hearing, no discussion and no debate,” adding, “in such a fashion, we achieve unanimity on great matters related to the Middle East.”

Israeli Prime Minister Benjamin Netanyahu was no doubt emboldened in launching his recent offensive by the strong support Israel received from the United States four years ago. For example, the US House of Representatives — in a direct challenge to the credibility of Amnesty International, Human Rights Watch, the International Red Cross, and other reputable humanitarian organizations — passed a resolution in January 2009 declaring that the Israeli armed forces bore no responsibility for the large numbers of civilian casualties from their assault on the Gaza Strip. The resolution put forward a disturbing reinterpretation of international humanitarian law: that, by allegedly breaking the cease-fire, Hamas was responsible for all subsequent deaths, and that the presence of Hamas officials or militia members in mosques, hospitals, or residential areas made those locations legitimate targets.

The human rights investigations from Amnesty International, Human Rights Watch, the UNHRC, and elsewhere examined Israeli claims that Hamas’ alleged use of “human shields” was responsible for the large number of civilian casualties. While these probes sharply criticized Hamas for at times having men and material too close to civilian-populated areas, they were unable to find even one incident of Hamas deliberately holding civilians against their will in an effort to deter Israeli attacks, the legal definition of using human shields. The Obama administration and congressional leaders, however, insisted that they knew more about what happened inside the Gaza Strip than these expert human rights monitors and respected international jurists on the ground. They made similarly dubious claims to justify the most recent wave of Israeli attacks on civilian population centers.

As Amnesty and other human rights groups have observed, however, even if Hamas were using human shields, it would still not justify Israel killing Palestinian civilians. Indeed, if a botched bank robbery resulted in a hostage situation, it would not justify the police killing the bank’s customers and tellers on the grounds that the robbers were using them as human shields.

If Obama, as a private citizen, gave a gun to someone whom he knew would likely use it in a crime and a crime was committed with that gun, he could go to jail. He could not get away with saying, “this guy lives in a dangerous neighborhood and I thought he might need it for self-defense.” As president, however, Obama can provide Netanyahu with billions of dollars worth of weapons, some of which he knows would likely be targeted in populated neighborhoods resulting in civilian deaths, and never face the consequences.

The latest and most deadly round of fighting began when the fragile truce was broken by the assassination of Hamas military leader Ahmed al-Jabari. The Israeli media has reported that al-Jabari was in the process of negotiating a permanent truce. The Israeli government has had a history of killing Palestinian leaders once they moderate their activism.

And Hamas and other extremist groups have a history of lobbing rockets towards civilian-populated areas inside Israel, which is not only illegal and immoral, but is incredibly stupid in terms of hardening Israeli attitudes even further. Indeed, Hamas’ actions set back the cause of Israeli moderates. And Israel’s actions set back the cause of Palestinian moderates. More salient to those of us in the United States, Obama’s actions hurt both.

The great wish of the early Zionist leader Theodor Herzl was that Israel would be treated like any other state. And there are certainly those who do unfairly single out Israel for criticism. It is just as wrong, however, to unfairly exempt Israel from criticism for its violations of international humanitarian law in its ongoing aerial bombardments of civilian neighborhoods, as the Obama administration has done.

Those of us who supported Obama’s re-election have a special obligation to challenge his unconscionable support for Israel’s attacks against civilian population centers in the Gaza Strip. It was wrong when Bush did it four years ago. And it’s wrong now.

*[This article was originally published by Foreign Policy in Focus].The views expressed in this article are the author’s own and do not necessarily reflect Fair Observer’s editorial policy.