As of 2016, renewable energy still accounted for only about 18% of the world’s total final energy consumption.

Could a new carbon-capture technology really provide a viable approach to reversing the effects of climate change? That’s the ambitious claim of British Columbia-based tech company, Carbon Engineering, in a peer-reviewed paper that posits a methodology for capturing carbon dioxide in the atmosphere before combining it with hydrogen to create a carbon-neutral fuel.

In the past, such technologies have often been dismissed as pipe dreams with no real potential to rescue the world from the perils of man-made climate change. But as it’s increasingly clear that meeting carbon reduction goals while keeping the lights on will be harder than the upbeat predictions of the 2015 Paris Agreement have hoped for, innovations like carbon capture — as well as efforts to ramp up renewables and use fossil fuels more cleanly — could be key to solving global climate challenges.

While Carbon Engineering is by no means the first organization to consider the large-scale capture and re-use of CO₂, its claim to achieve this at a projected cost of less than $100 per ton is the real story. The paper suggests that “direct air capture” could cost between $94 and $232 per ton — compared to current estimates of $600 per ton — which, if accurate, would mean that the climate could potentially be stabilized without a complete revision of the current energy system.

News of such technological advancements is timely, as it becomes increasingly clear that meeting carbon reduction goals while providing adequate power is a tricky balance for most nations. Many scientists fear that without stripping greenhouse gases from the atmosphere on a massive scale, the chances of preventing global temperatures from rising more than 1.5 degrees Celsius are slim. Some estimates predict that we’ll be locked in to that level of warming within just a few years, at which point CO₂ removal and storage will be the only way of changing the outcome.

Indeed, according to the International Energy Agency’s (IEA) most recent Carbon Capture and Storage report, negative emissions will form an “essential component” of efforts to limit future temperature rises to between 1.5 C and 2 C. The criticality of negative emissions derives from two factors: First, it can help make up for residual emissions in sectors where direct mitigation is challenging, as in aviation. Additionally, it can help offset short-term carbon budget “overshoot” while still making it possible to meet more ambitious climate goals. As a result, negative emissions can essentially increase carbon budgets in the medium term.

When it comes to the struggle to reach zero emissions, there is some good news. In 2017, a new world record was set for renewable-power capacity added to the grid. But it has not yet reached the scale necessary to meet total demand — as of 2016, renewable energy still accounted for only about 18.2% of the world’s total final energy consumption. Additionally, according to a recent analysis from the financial advisory firm Lazard, initially large reductions in the levelized cost of electricity (LCOE) for renewables have started to diminish, complicating the ability to undercut traditional means of generation.

For instance, utility-scale solar LCOE fell 86% in the last eight years, while wind fell 67%. But the majority of these reductions took place in the first four years of the study, with reductions falling to the single digits last year. If this trend continues, it’s unlikely that these energy sources will be capable of replacing traditional generation anytime soon.

On top of that, global demand for energy continues to grow. Last year, demand increased by more than 2%, outpacing low-carbon capacity and resulting in a 1.7% rise in energy-related carbon emissions — the first increase in four years. It’s more evidence of a global society that still relies heavily on fossil fuels, deriving 80% of its energy from coal, oil and gas. And while the use of fossil fuels is stabilizing or declining in many Western countries, rates are expected to remain robust across the developing world as China, India and other emerging economies strive to meet their nations’ power needs affordably.

And while certain countries like China are expected to gradually reduce their reliance on coal, this isn’t the case in others. According to the IEA’s Coal 2017 report, growth in demand for coal from India, and southeast Asian countries in particular, is expected to outweigh decreases in China and wealthier nations, resulting in a net increase in global coal demand.

Clearly, the world is not going to stop depending on carbon-based sources of energy anytime soon. Indeed, coal and gas-fired plants are expected to remain a fixture of the energy mix for decades to come, particularly in places where policymakers need to achieve energy security, environmental and economic development goals as well as ambitious electrification objectives.

These hurdles help put into perspective not just research into negative emissions technology, but also in carbon capture and storage. Last month, for instance, the White House began to examine the formation of a new global institution to advocate for the clean use of natural gas and coal technology, especially in the developing world. According to officials, the shift comes as part of an effort to export high-tech solutions to markets that are still struggling to bridge the energy gap.

Of course, the Trump administration’s plans are not popular in environmental circles. But with only 4 out of 38 clean-energy techs on track to meet global emissions targets, it will be critical to find ways to use fossil fuels more cleanly in the interim. Now, with news that “direct air capture” and other pie-in-the-sky technology could soon be feasible, there’s good reason to hope that solving the clean energy puzzle is within grasp. 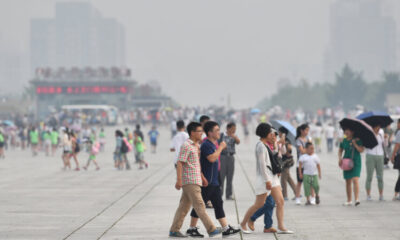 No Blue Skies for Beijing 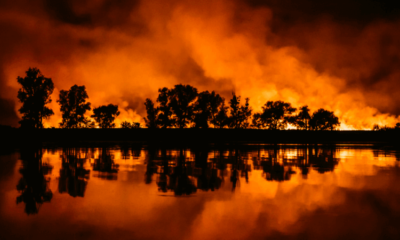 Climate Change: Are We There Yet?