The assumption is that what works in wealthy countries can work anywhere.

Advancements in the science of building design for earthquake resilience are enabling the development of high-rises and now “supertall” buildings in earthquake-prone areas like Japan. Design processes, scenario and risk modeling, and construction methods have embraced technological fixes to make aesthetically and structurally audacious buildings safe and resilient. However, in developing countries, the quality of building stock continues to lag.

Common explanations for such failures, including the case of Nepal’s devastating 2015 earthquake, are inadequate regulation and governance. Receiving less attention is indifference to the value of local insights in building design and resilience more generally. As such, governments need to pursue a strategy that emphasizes institutional development while incorporating “other knowledges.”

Public policy often fails to account for the softer aspects of other forms of knowledge and indigenous wisdom. According to Glen Kuecker, a professor at DePauw University in Indiana, these are defined as “ways of being and thinking among ‘pre’-modern peoples … derived from imitating nature.” These ways are grounded in centuries of experience, observation and hard-earned lessons, and are deeply rooted in local cultural DNA.

Indigenous ideas deserve attention in modern-day practice. Examples in the area of building design are numerous. Characteristics of the taq and dhajji-dewari building systems in Kashmir and Pulau Nias in Indonesia that use slotted-wood methods reflect a folk wisdom that can be blended with the techniques of modern science.

The use of wood as the primary structural material for a recently completed 18-story “skyscraper” in Norway exhibits the same kind of conceptual blend, the flexibility and resilience of organic materials complementing modern scientific methods of design and construction. At a high level, the Norway case exhibits the potential of thinking indigenously about design.

In addition to building methods, indigenous knowledge is useful in understanding local geography, communications techniques and resource mobilization in post-disaster settings. However, the absolute and static application of such knowledge is not the perfect answer and misses the spirit of hybridization. Advancements in science and technology have a role to play by compensating for whatever limitations there may be in indigenous design, particularly as modern needs and circumstances evolve.

For example, limitations arise when the types of techniques applicable to single-story structures — around which much indigenous building knowledge has been developed — are applied to multi-story structures. The new context does not justify the total marginalization of traditional methods but does require the type of adjustment that modern methods can provide. This approach is about embracing a pragmatic view that borrows elements from all traditions and leaves no option unconsidered, regardless of its origin.

Placing this pragmatism into practice requires revisiting governance around building codes and regulations, raising the issue not only of valorizing other types of knowledge but also of policy capacity and governance quality. Many countries choose to address earthquake resilience by introducing or strengthening building codes. However, limited capacity to regulate construction activity such as through monitoring, control and prosecution compromises the effectiveness of such codes.

Resource limitations ostensibly provide the clearest explanation for these failures. Developing countries are legitimately worried about a variety of threats seen and experienced on a daily basis. Committing already scarce resources to preparation for rare disasters is politically problematic. Even as countries develop, the desires of citizens move up a hierarchy of needs to include issues like infrastructure, quality education and low crime, taking precedence over unlikely but destructive events.

It is plausible, then, that governments under intense pressure to quickly improve living conditions turn to the copy-paste method of policy learning. The assumption is that what works in wealthy countries can work anywhere. This type of replication has a deep history in the field of development aid, and the pitfalls come when local context is ignored. The same lessons can be applied to building codes and earthquake resilience efforts.

As governments continue to struggle with resilience and other development issues, they often mistakenly assume that importing and embracing modern methods excuses them from the difficult work of reform and inclusive policymaking. The situational imperative is to improve governance, but the headwinds are a wicked constellation of factors ranging from vested interests to limited fiscal capacity.

In the case of building codes, either the painful experience of disaster recovery or concerns about the potential threat of disasters should lead governments to prioritize regulatory capacity. Nevertheless, lack of political will stands in the way and reflects a fundamental human cognitive failing. Despite their severity and seemingly increased frequency, disasters are still rare, and for fiscally constrained countries there is little appetite for appropriating resources to build resilience against such random and unlikely events.

Where resources are committed, bias toward imported or “proven” models marginalizes the knowledge that exists within local communities. While improved governance is a solution to a variety of challenges, earthquake resilience presents an opportunity to explore the pitfalls of governance reform strategies that assume the preeminence of global standards and hegemonic knowledge frames. Such lessons, when learned in the context of earthquake resilience, can be applied to society’s other looming catastrophes including climate change. An all-hands-on-deck approach respects wisdom of every type. 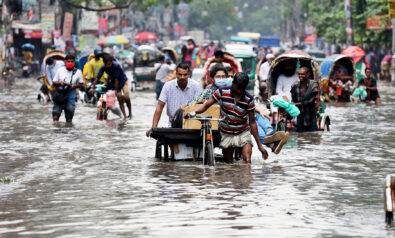 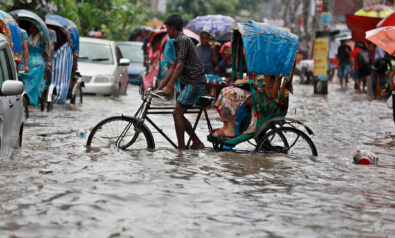 The Year to Protect People and the Planet 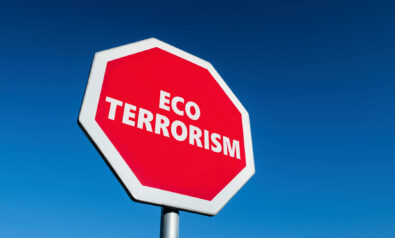