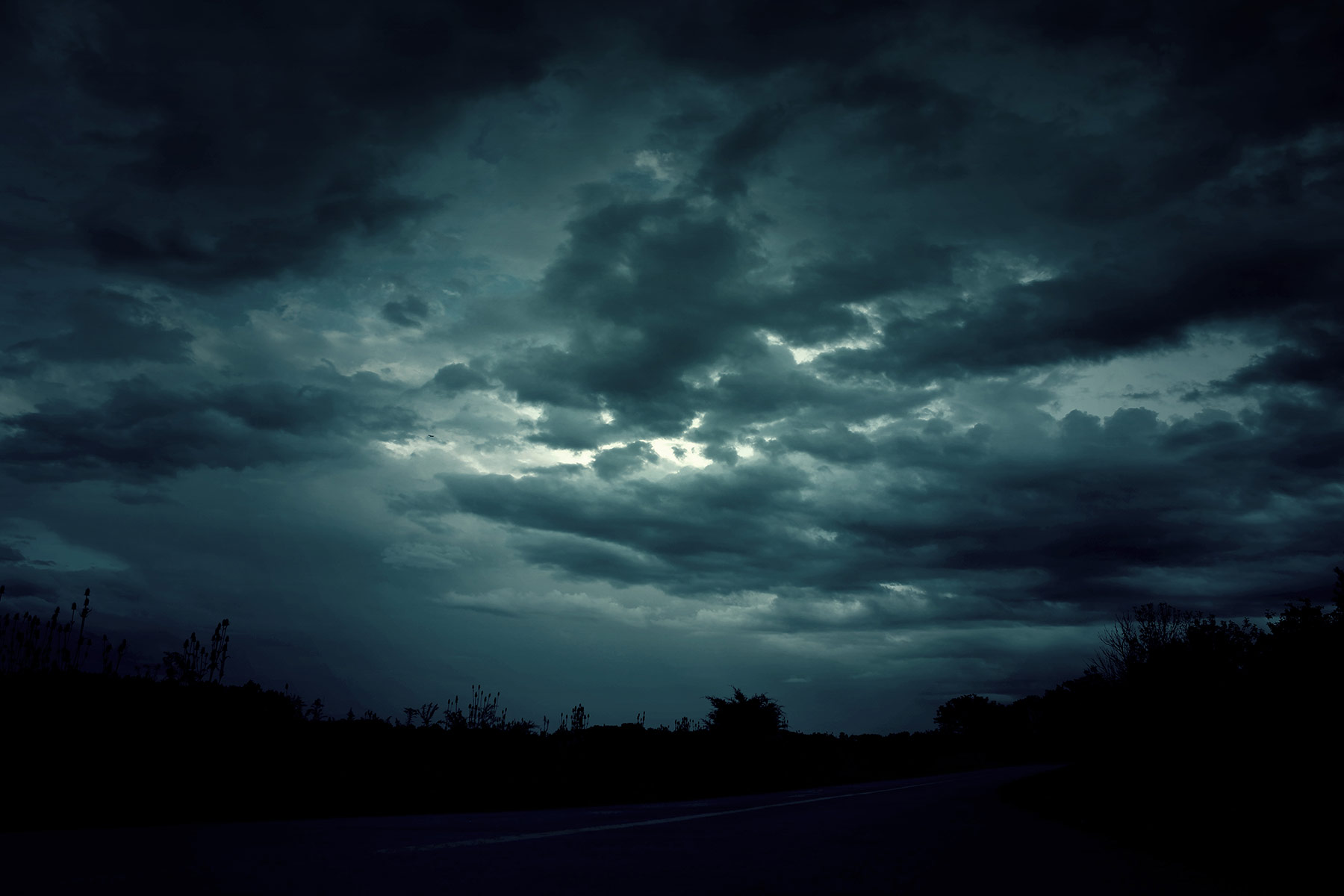 In a column published by The Guardian concurrently with the Conference of the Parties (COP26) summit in Glasgow, the president of Malawi, Lazarus Chakwera, is left wondering what it means when people who speak with a voice of moral authority stand up to call for urgent action by others. In the interest of humanity, experts and scientists have been clamoring for urgent action on climate change for decades, only to see it consistently put off on the grounds of disturbing the economic status quo.

Chakwera highlights the hypocrisy of nations who publicly claim to endorse the idea promoted by the United Nations that urgent action is required while, at the same time, lobbying behind the scenes against the specific recommendations the UN has put forth. To justify their hypocrisy, they create the illusion that it is an equal contest between protecting the planet and protecting a form of economic organization that is destroying the planet.

When they do accept to act, the wealthy countries propose what they call “energy transition,” a sensible approach that nevertheless requires investments that less wealthy nations are incapable of making on their own. President Chakwera notes that “wealthy countries are also imposing energy transition on Africa that risks doing great harm.” He cites the example of forcing African countries to transition by suppressing the use of “natural gas, the cleanest fossil fuel.” Typically, he writes, the ban “only applies to poor countries, while richer countries face few bans on developing or importing gas.”

In other words, Chakwera characterizes the standard attitude wealthy countries put forward to solve global problems. Despite having massively abused the environment for centuries, they say they are willing to make sacrifices now, but only on condition that those who have not contributed to the abuse make the same sacrifices. The blanket gas ban they propose will penalize those who have suffered both directly and indirectly from the wealthy nations’ past and present levels of consumption. “A more nuanced approach,” the president calmly notes, “is needed if climate equity and justice are to be respected.”

The art of taking into account important variables and subtle differences, often exemplified by reasonable politicians in their electoral discourse and eschewed by populists in theirs, but in all cases promptly abandoned by both when proposing and implementing real policy decisions

President Chakwera reminds readers that the 2015 Paris accord recognized the principle that “countries that had become rich through hydrocarbons had a duty to cut emissions faster to allow poorer countries to develop.” It also meant that “those same countries had a responsibility to help undeveloped countries adapt to the adverse conditions they did not create.” He provocatively concludes with a challenge. Noting that after the wealthy nations failed to mobilize “the promised billions in climate aid,” he legitimately wonders on what moral grounds they could possibly expect “those with more modest means … to do so.”

In the context of COP26, Yahoo announced what appeared to be a scoop concerning a deal the Biden administration claims to have worked out with six of the biggest banks in the US. It promises investments of “tens of trillions of dollars,” presumably in the new industries created to respond to the technological challenge of mitigating climate change.

John Kerry, the US special envoy for climate, teased the press with a forthcoming announcement that would clarify the commitment. Kerry hopes to reach “an agreement in Glasgow during the next two weeks that will commit all countries to steep enough cuts in greenhouse gas emissions to ensure the world doesn’t tip over into catastrophic climate change,” Yahoo reports.

Kerry revealed an easily forgotten truth. There are many trillions of dollars in private hands sitting out there that could be productively invested in technology designed to stave off a climate catastrophe. Much of that wealth is in tax havens or cryptocurrency, but whatever its origin, people of goodwill could theoretically mobilize it not just to respond to globally-shared needs, but even for profit, since the market for such technology will rapidly grow.

There is, however, a problem Kerry is unlikely to evoke. Money affected to projects of public interest, even if it produces a handsome profit, tends to get blocked in those interests, a state of affairs those who control massive wealth find uncomfortable, if not intolerable. The best-laid plans of Wall Street-dominated politicians, just like those of Robert Burns’ mouse, are likely to go awry.

The world should nevertheless thank Kerry for reminding us that those mountains of private money exist at a time when every government complains that they have no choice but to practice austerity (partly, of course, because the IMF gives many of them no choice). Which brings us back to Africa. President Chakwera might be the first to encourage Kerry to succeed in his vaunted plan. Except for one thing. Kerry didn’t bother with nuance. He appeared to adopt the very position Chakwera objects to, that obliges “all countries” to commit “to steep enough cuts in greenhouse gas emissions.” He fails to distinguish between the needs and capacity of wealthy countries as opposed to poor ones.

If Kerry hopes to complete the deal, he must be aware of the fact that there are two challenges. One is to convince the people who control the trillions to dedicate it to a cause that is presumably in the interest of the entire globe. The second is to find a way of applying it in an equitable manner by adapting the rules to help developing nations. Kerry seemed to admit as much in a CNN interview when he observed that “developing countries, even some big ones like India, can’t do this on their own.”

If Kerry can solve the big challenge by getting the banks and their wealthy clients on board, he will easily dismiss Chakwera’s objection to the idea that all countries observe the exact same constraints. Malawi and most African countries will have no voice and no choice. Even with assistance from wealthy countries, they will be disadvantaged. Getting the trillionaires on board is clearly the bigger challenge. They run the global show. They are unlikely to consent to a principle based on public interest that risks, by its example, undermining the one that has produced such wonderful results for them in the past: naked greed.

Starting with President George W. Bush’s decision to withdraw from the Kyoto treaty a mere two months after taking office in 2001 — far quicker than Donald Trump’s similar decision to pull out of the Paris accord in 2020 — the US has either avoided the question of climate change or only addressed it rhetorically. In 2015, President Barack Obama signed the Paris Agreement primarily because it was so toothless but good for his image.

In 2001, The Guardian reported that the two reasons Bush cited for opposing the agreement were that “it exempted developing countries and would harm the US economy.” This mentality has been a constant in Republican politics in the US. But Democrats have consistently followed their lead, content that Republicans accept to bear the blame and appear publicly as the scoundrels.

Twenty years later, Lazarus Chakwera is echoing the judgment of Gerhard Schroder, the German chancellor at the time. Schroder insisted that it was “important that the US accepts its responsibility for the world climate. They are the biggest economy in the world and the heaviest energy consumers.” Since then, things have considerably changed. Thanks to its rapid economic expansion, China has now become the world’s number one energy consumer. What this means is that some politicians in America, especially those who have built their brand on denying climate change, now have the excuse of complaining that China must act first to reduce its emissions before the US will commit to anything.

The nuanced strategy is simple. Always claim you will act when others first make the effort. The status quo is clearly the most powerful force at work today in human society. Inertia rules. Even when a change of direction is seen as absolutely necessary for survival, there will always be good reasons for keeping things the way they are. Especially if the only recognized driving force for change is money. And more especially if trillions are required.