Against the backdrop of population growth and climate change, mining operations in the Arctic exacerbate existing stresses on freshwater resources.

As the Arctic warms at record rates, resource development has been of increasing interest to circumpolar nations and more distant countries that seek to win contracts to expand northern mining operations for minerals such as nickel, gold, diamonds, rare earth and uranium. The extent to which those projects are developed will have dramatic consequences on the Arctic environment, livelihoods and water resources. Their success will hinge on whether companies and governments address the wrongdoings of past mining operations.

Thus far, they have not done enough and around the Arctic abandoned mines remain a persistent threat. In the Northwest Territories, for more than 50 years the Giant Mine’s arsenic pollution has greatly impacted the health of local communities that use nearby rivers and lakes for their drinking water. Today, the Canadian government continues to manage the mine’s toxic legacy. In the Yukon, the Faro Mine has contaminated an estimated 64,000 hectares of soil and groundwater. In addition to closed large mines, abandoned small mines remain an increasing concern, as there is no complete inventory of them across the North over the past century.

Thus, despite evolving governance in the North, mines continue to leach toxic waste into the environment and threaten water resources. This is of particular concern because although water is abundant in the region, its quantity and quality are already greatly limited compared to other parts of the respective nations.

Water stresses in the Arctic are increasing

In water-endowed Canada, northern communities have grown accustomed to uncertain water supplies due to contamination from bacteria and pollutants. In the town of Arviat in Nunavut, for instance, the reservoir leaked and left the residents without freshwater in 2011. In 2015 and 2016, the communities of Sanikiluaq, Kivalliq, Whale Cove and Igloolik had water boil advisories.

Iqaluit, the capital of Nunavut, had to secure the Apex River as an additional water source to its current reservoir, Lake Geraldine, due to population growth. Despite these concerns, Nunavut lacks a water management framework, and there has been no designated climate change adaptation to enhance protection of freshwater resources.

In Russia’s northern territories, the supply of good quality drinking water has long been a concern, and poor sanitation, unhygienic conditions, lack of centralized water systems and waste handling have plagued communities. In Yakutia, Taimyr and Chukotka such conditions have led to a higher incidence of bacterial dysentery than the national average. Yet in Russia there is no standard protocol for water security assessment and researchers have called for a full reform of the Russian water industry.

Greenland too suffers from severe lack of water supply and sanitation access. In 2015, the water sewers in Qaanaaq froze and collapsed — they have still not been repaired. Residents have found creative solutions to gathering water for themselves: They rely on flowing water for four months of the year, and fill their water tanks for an additional third of the year, but in the four months of winter they are forced to collect icebergs and sea ice for survival.

Around the Arctic, the methods communities use to secure water vary, yet they are all susceptible to water shortages. Against the backdrop of climate change and population growth, these water stresses will be particularly exacerbated by rapid resource development and lack of sufficient governance, especially regarding the protection of Arctic freshwater resources.

Mining operations in the Arctic do not sufficiently address climate change

Mining is heavily water dependent. Increased water variability can threaten a mine’s rate of production, its dust suppression ability and mine drainage, which could potentially harm the environment. In Canada, the natural resource sector accounts for 80% of all water withdrawals, with mining accounting for 4% of national water use. Energy’s dependence on reliable water supply is dramatically impacted by Arctic amplification, changing seasonal precipitation patterns and higher temperatures that limit water availability for operations and reduce recovery rates further.

This was the case in a Canadian Saskatchewan mine. In the Minto mine, torrential rains forced operators to release untreated water into the Yukon River system twice in 2008 and 2009. These water releases pollute nearby water resources and have adverse health effects on the communities who rely on local water supplies.

Some Arctic communities and governments have been conceptualizing and implementing frameworks to improve water resource management and adapt water systems to climate change. In 2010, the Northwest Territories developed a regional water strategy that importantly seeks to improve assessment of the cumulative effects on water from climate change and industrial development, such as mining, oil and gas. In particular, the water strategy emphasizes cross-sectoral collaboration to protect water resources. Additionally, in 2014, the Yukon adopted a water strategy that prioritizes developing a regulatory framework around groundwater, which will be vital as northern hydrology shifts.

While these approaches are vital to the long-term health of Arctic communities and the water resources, and the sustainability of mining operations, they are challenged by layers of jurisdiction and responsibility. In the Yukon, there are several agencies that have a mandate or interest in managing freshwater resources. Yet watersheds extend across legal boundaries, which affect water governance such as pollution management and water quality monitoring. It is uncertain whether trans-jurisdictional water strategies will be able to effectively coordinate with one another and manage climate change and resource development impacts on Arctic water resources.

Furthermore, although the mining sector has made efforts to improve climate change adaptation and alleviate risks, existing operations around the Arctic do not sufficiently address increased climate variability or past failures in mining practice. In Nunavut, mining policy still outlines freezing mine tailings in permafrost as best practice to control acidic drainage. While some companies keep mine tailings frozen with thermosyphons to prevent contamination, the long-term durability of the technology is not assured and such practices are often voluntary.

Lack of legislation and regulations

Policies have also neglected to address gaps in existing legislation. In northern Canada and Alaska, there is no regulation that ensures mines will treat water after a mine closes. Indeed, in the Northwest Territories, there is no legal requirement for reclamation once a mine operation ends. The cost of cleaning up toxic waste and taking responsibility for environmental contamination is thus transferred from the company to the public.

Finland too has continuous problems arising from the location of mining activities. As the Bertelsmann Stiftung’s Sustainable Governance Indicator’s (SGI) project points out, this indicates “the ineffectiveness of the country’s environmental management and related policy framework.”

At the moment, mining policies in the Arctic do not account for the widespread impact future tailings and waste may have on communities and the resources they rely on. It is vital that Arctic water governance frameworks are developed that are robust and consider cross-sectoral stressors that will impact water resources. If not, the long-term viability of resource development and oil and gas operations may be compromised, and so too would the health and livelihoods of many circumpolar communities. 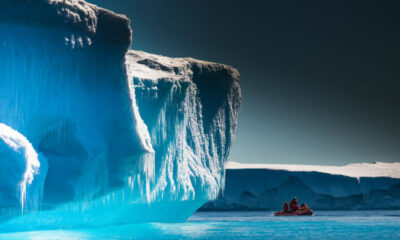 Who Will Be Crowned the Polar Superpower? 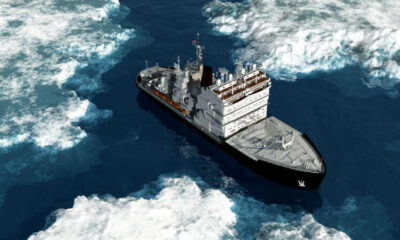