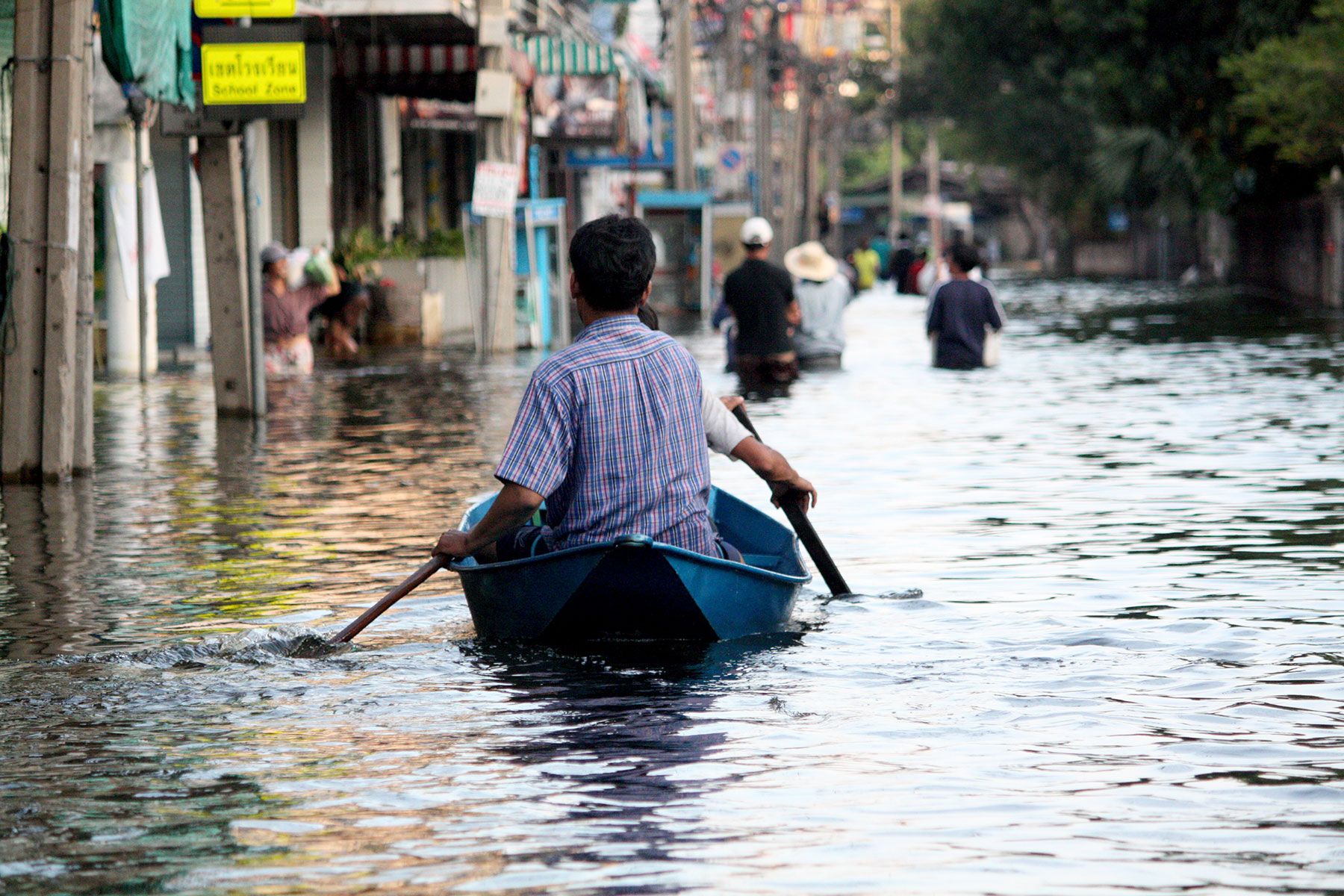 As a consequence of climate change, extreme weather events such as floods, droughts, heatwaves and storms have increased in frequency and severity. As Domingo Sugranyes of the Pablo VI Foundation says, “global losses from natural disasters in 2020 came to $210 billion, of which $82 billion was insured.”

“To cover the gap and manage catastrophic risk accumulation,” he adds, “the role of insurance and reinsurance pools is key, often drawn by traumatic events themselves.” This being said, the gap of uninsured damages is huge, which means not only a growing burden on public budgets but also on the most exposed and those directly hit. These situations will impact access and credit conditions for these populations.

Insurer concerns are no longer individual catastrophic events, but their global and systemic effects on human societies. Andrew Cornford, a counselor at the Observatoire de la Finance in Switzerland, explains: “The problems posed to insurers … will be due to the increased … scale of the actual occurrence of events associated with these risks, to their sometimes geographically uncertain incidence, and to increased correlations between them.”

In Cornford’s view, the problems can, to some extent, “be handled through better designed and increased capital requirements, public-sector reserves and precautionary arrangements suggested by stress testing — for which recent experience with COVID-19 may be helpful.” However, the underlying hypothesis is that the level of premiums will remain affordable to those seeking cover.

Nevertheless, increased property claims as a result of extreme weather events are forcing insurers to reevaluate underwriting strategies, including rebalancing their premiums and pricing strategies. Against this background, regulators have expressed concern that climate change could make it difficult for insurance companies to provide affordable financial protection. Rising premiums could make cover unaffordable, especially for disadvantaged communities that are more likely to live in regions prone to disaster.

Instead of burdening local populations with costs of damages that occur due to the impact of climate change — caused largely by the wealthy Global North — there is an urgent need to devise underwriting strategies to transfer a substantial portion of climate-related insurance costs from the South to the North. This would allow the international community to share the burden. Otherwise, the most exposed regions of the world may well become impossible to insure by market mechanisms, which would leave only the public guarantee option open, as stressed by the economist Etienne Perrot.

By Virgile Perret and Paul Dembinski

Note: From Virus to Vitamin invites experts to comment on issues relevant to finance and the economy in relation to society, ethics and the environment. Below, you will find views from a variety of perspectives, practical experiences and academic disciplines. The topic of this discussion is: Can private insurance alone mitigate climate change damages?

“…pass the cost to policyholders through increased insurance premiums… ”

Unlike randomness, which allows a probability calculation on a statistical basis, uncertainty arises from facts that are emerging — unique or too few to give rise to a stochastic calculation. Randomness is the basis of prevention and insurance systems. On the other hand, uncertainty can only be covered by contingency reserves — it’s a precaution. (The IPCC forecast [that] insurance’s prevention and precaution are the three forms of the virtue of prudence, which is the intelligence of concrete situations.)

Henri de Castries, therefore, hypothesizes that the damaging meteorological phenomena induced by a global warming of 4 degrees are phenomena, if not unique, at least too few to enter into an insurance system. This involves the states, either directly when they compensate for the damage by compulsory levies (in France, we have known ‘the drought tax’ in the 1980s) or by obliging the insurance companies to compensate the damage, which will pass the cost on to policyholders through increased insurance premiums.

Etienne Perrot — Jesuit, economist and editorial board member of the Choisir magazine (Geneva) and adviser to the journal Etudes (Paris)

“…public-private partnerships can be developed…”

According to Munich Re, global losses from natural disasters in 2020 came to $210 billion, of which $82 billion was insured. To cover the gap and manage catastrophic risk accumulation, the role of insurance and reinsurance pools is key, often drawn by traumatic events themselves. Public-private partnerships are nothing new (e.g., US National Flood Insurance or the Spanish Consorcio) and can be developed.

Individually, most of the risks associated with a substantial rise in temperature due to climate change can be quantified, owing to past experience. The problems posed to insurers, other private financial institutions and the public sector will be due to the increased — and sometimes unpredictably increased — scale of the actual occurrence of events associated with these risks, to their sometimes geographically uncertain incidence and to increased correlations between them.

To some extent, the resulting problems can be handled through better designed and increased capital requirements, public-sector reserves and precautionary arrangements suggested by stress testing — for which recent experience with COVID-19 may be helpful. These arrangements will entail institutional innovations, training of people to handle the consequences of the new risks and enhanced multilateral cooperation — the absence of any of which will reduce the effectiveness of the potential contribution of finance to control of damages and mitigation of their effects.

*[An earlier version of this article was published by From Virus to Vitamin.]