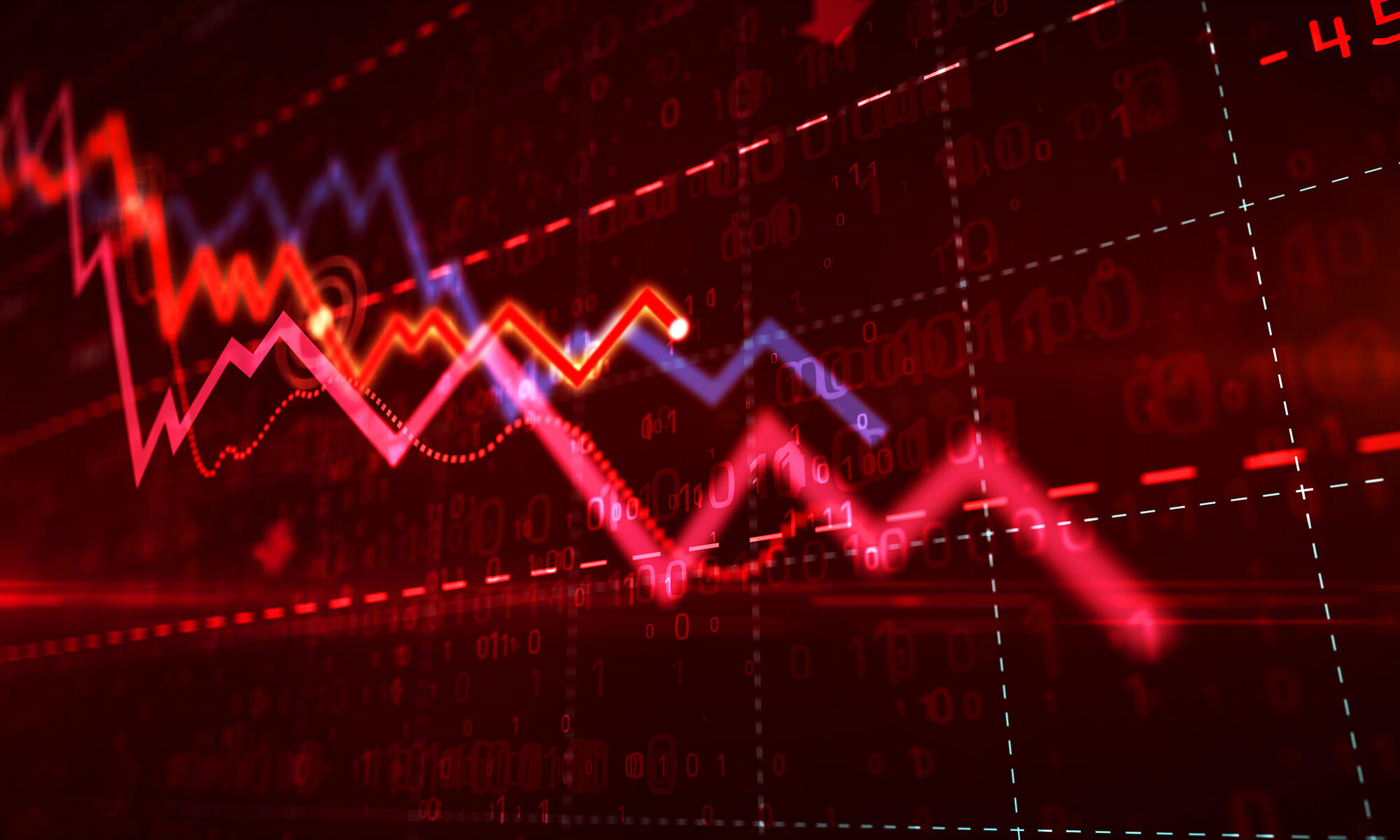 In 2019, Pierre Charbonnier penned an article for the French journal Revue du Crieur on the emerging trend known as collapsology. “Theories about the imminent collapse of industrial civilization are in vogue,” he writes in an article titled, “The Splendor and Squalor of Collapsology.”

A year before COVID-19 changed humanity’s view of the world and of its future, Charbonnier attempted to assess the merits of collapsology theory, focusing on the motivation of its promoters. He accurately identifies the marketplace for an increasingly popular genre of literary production, pointing out that “fear is an eminently political emotion, and the production of doomsday scenarios activates our belief systems, our attitudes toward the future, and our sense of good and evil on a very deep level.” These are clearly recipes for producing best-sellers.

The CIA Brings Havana to Ukraine

In other words, it makes good business sense to predict catastrophic global collapse. Charbonnier accuses collapsologists of hoping to “reinstate” the “fervor and submission” associated with “millinarianist warnings” from the historical past. He calls the contributors a “community of believers,” but nevertheless distinguishes these fanatics from serious anthropologists such as Jared Diamond or philosophers such as Walter Benjamin, reasonable and reasoning thinkers who describe in scientific terms the process through which civilizations decline.

Clearly, Charbonnier doesn’t believe a collapse is imminent, which doesn’t necessarily mean that he adheres to Steven Pinker’s style of optimism. Charbonnier wrote his article in 2019, offering it as his contribution to a debate that had come to life in French intellectual circles at that time. Following a never-ending pandemic, would he make the same judgment today?

Fast forward to 2021. A researcher at the accounting firm KPMG, Gaya Herrington, who describes herself on LinkedIn as a “Systems thinker with Econometrics background,” decided to have a closer look at a study produced by a research team at MIT in 1972. She went deeply into its findings and with modern tools updated it.

The MIT study was released as a book with the title, “The Limits of Growth.” It became a bestseller. That means every politician and every CEO must at least have been aware of its findings. Based on multiple sophisticated simulations enabled by the computing power of the period, the study sought to determine whether the existing trends in the economy were sustainable. After testing numerous variables, it concluded that, even with predictable technical progress in its most optimistic scenarios, unless certain measures were taken to rectify the deeper trends, the most likely scenario would be systemic collapse in the year 2040.

Herrington tested those same trends as they have played out since 1972. She discovered that because the world has chosen to stick to what the study calls the “Business as Usual” (BAU) scenario, the worst-case outcome of collapse, even before 2040, remains the most likely. It may even come sooner than forecast.

Based on Herrington’s work, Richard Threlfall, the global head of KPMG IMPACT, states the case that he hopes will be taken seriously by every decision-maker with a role to play in the current economy. “The world has only 10 years,” he writes, “to halve greenhouse gas emissions and recognizing the issue as a business risk is the first step to playing an active role in addressing this shared, existential challenge.” Does he really imagine that if economic actors see collapse as a “business risk,” they will act now?

KPMG’s role in the economy amounts to advising rather than deciding. “Driving purposeful business practices and good corporate citizenship” is one of the firm’s mottos. But advisers and consultants do not drive; at best they provide the map, which drivers may or may not read, if they have the time. The drivers have had nearly 50 years to take on board the lessons of “Limits of Growth,” and Herrington notes with her update that nothing significant has been done. There is a systemic reason for that and it has nothing to do with the lack of good advice.

Threlfall is correct to see the looming collapse as a “shared, existential challenge.” It is a threat to everyone’s survival. In most contexts, the perception of a threat requires action and this case requires “shared” action. But in the consumer society associated with the free market and competitive capitalism, threats are everywhere. The most immediate threat people are conditioned to see comes from competition itself. The central driver in this ethos is getting an edge on the competition, fighting for market share and then defending one’s position. People learn at school the art of acquiring the “grit” to do such things successfully as independent economic actors, not as collective partners.

In the consumer society, sharing is seen as a sign of weakness. Everything in the environment is seen as either a purchasable object or a threat. Most things can be both. That’s the point of competitiveness. Seeing things as a threat incites enterprising people to overcome and defeat the threat. The easiest path to success for prosperous companies is to purchase the threat, thereby increasing one’s capacity to threaten others. A standard technique for any company capable of raising cash is not to invest in research and development, but to purchase competitors. That is why Facebook bought WhatsApp. It is the quickest and easiest road to monopoly. Would KPMG have advised Facebook differently?

Gaya Herrington compared findings of the MIT study with the history of economic development over the past half-century. “Given the unappealing prospect of collapse,” she explains, “I was curious to see which scenarios were aligning most closely with empirical data today. After all, the book that featured this world model was a bestseller in the 70s, and by now we’d have several decades of empirical data which would make a comparison meaningful. But to my surprise I could not find recent attempts for this.”

Should she have been surprised? Some may find her surprise to be the most surprising aspect of this issue, especially coming from a “systems thinker.” KPMG is itself part of the system that encourages everyone — including KPMG accountants — to focus on local threats rather than “shared, existential” threats.

Nevertheless, her findings are important. Her curiosity deserves our admiration. After examining the trends that have dominated since 1972, Herrington offers this insight: “The two scenarios aligning most closely indicate a halt in growth over the next decade or so, which puts into question the usability of continuous growth as humanity’s goal in the 21st century.” Now, that is an excellent systemic observation. She notes that the history she has examined “suggests that it’s almost, but not yet, too late for society to change course.”

Herrington sees the concept of “continuous growth” as the culprit. This suggests economic success could possibly be seen in terms other than growth. But every person wielding real economic or political power today continues to insist on growth as the unique key to success. The Guardian calmly notes that “governments largely look to return economies to business-as-usual growth, despite loud warnings that continuing economic growth is incompatible with sustainability.” That is what they have been taught to do. That is what voters have been conditioned to expect. Though they may occasionally pay lip service to it, governments and the masters of finance are philosophically averse to spending their energy on meeting “shared, existential challenges.”

Herrington reassuringly explained to The Guardian that “we still have a choice to align with a scenario that does not end in collapse. With innovation in business, along with new developments by governments and civil society, continuing to update the model provides another perspective on the challenges and opportunities we have to create a more sustainable world.”

Two of the key words in Herrington’s advice may cast a shadow of doubt on her optimism. She cites “innovation,” but we’ve had plenty of that and it predominantly seems to be going in the wrong direction, focused on growth. She wants to “update” the model, which she has done, but does she really believe any of the political decision-makers will follow suit?

“Doing good can still yield a profit,” she states reassuringly, but, as Jeff Bezos, Mark Zuckerberg and others have demonstrated, in the real world, doing bad continues to yield an even greater profit. 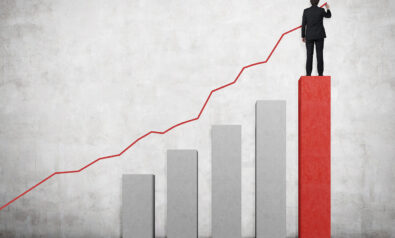 What No One Wants to Hear About Growth 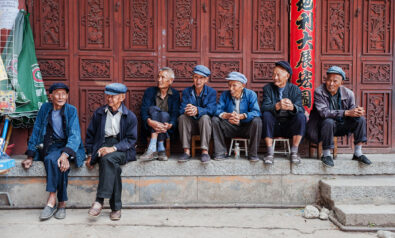 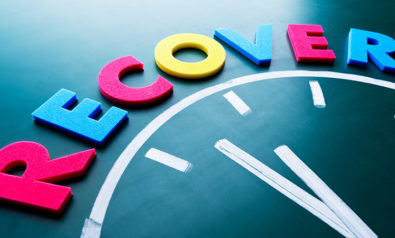