Slate’s Aaron Mak took the trouble to interview a group of people otherwise neglected by the media who happen to be the most directly concerned by the future of GameStop. As the pundits across the media landscape focused on the raging battle between a horde of Redditors and Melvin Capital, the employees in GameStop stores were left on the sidelines to ponder what this might mean for their future.

The media has played up the idea of a popular revolt, presenting it as a David and Goliath story, an epic moral tale that destabilized a pillar of Wall Street and has changed the vision of the world of finance. The interviews tell quite a different story, but one that deserves the attention of any serious observer of a vacillating economy and a society that has become morally destabilized by the convergence of political panic and a global pandemic.

The executive directors and top managers of GameStop were themselves, to a large extent, mere spectators in what appeared to be a titanic struggle between two powerful camps, one less numerous but well-resourced and on the defense, the other with no weapons but their will power and numbers — and the capacity to go on the attack. There was little they could do to influence the drama taking place essentially online. When Mak interrogated the workers on how communication with their managers was playing out during the dramatic events, one of them explained: “The upper management is so disconnected from the store levels that they have no idea how to support us.”

The state of normal human relations to be aimed at when maximizing efficiency in the management of a modern enterprise.

Neither the players on either side of the speculative tug-of-war nor the media displayed much interest in GameStop’s role in the economy, its place in the community or the fate of the people who depended on it for a living. The reality of ordinary people’s livelihoods and daily struggles simply cannot compete with the thrilling events that play out before everyone’s eyes on the screen of national hyperreality. The Redditors had triggered a kind of financial civil war, rife with excitement, including rumors of the enemy’s collapse. No one was bothering about collateral damage.

The high stakes drama and the actual profit the individual investors could make if they knew when to pull out motivated their well-coordinated short squeeze. For once the battle wasn’t between liberals and conservatives, Democrats and Republicans, or the coast and the heartland. The moral tale cut across the political spectrum. Those among the investors on the left saw it as a comeuppance directed at the capitalist economy. It could be tallied as a historic victory. Those on the other side who had never lost their belief in the market were delighted to discover they could emulate what the big players had the power to do to make an easy buck. They were delighted to have found a way to join the game and have an impact. They may have crashed the party but they were enjoying the drinks.

The Slate article offers us the first glimpse of what the drama means to the people who have the biggest stake in the company itself: its staff. These are people who depend on GameStop’s survival to earn their apparently meager livelihood in an economy assailed by a global pandemic. Although the world of videogames is in many ways little more than a gaudy component of the hyperreal décor engineered by artisans of the consumer society, GameStop as a commercial company is still part of the real world and the real economy. The plight of its workers tells us a lot about the world we live in at a moment of history when the economy is ravaged not just by an unpredictable pandemic, but also by the obscenely expanding inequality of wealth and income.

One day, perhaps soon, we will know more about the people who colluded — and others who simply tagged along — to drive up the price of GameStop in late January 2021. How many savvy Wall Street professionals, whose job it is to track and exploit sudden movements in the market, were also involved, using their powerful means to accelerate the movement? How many of the Redditors shared the profile of the ones who saw the whole event as manna from heaven, recounting that the windfall from their purchase and subsequent sale allowed them to pay for an expensive operation or removed the albatross of a crushing student loan?

Mak provides a pretty clear idea of what the actual workers at GameStop are living through. Most GameStop staffers had no opportunity to benefit from the movement. The majority “are barely making ends meet on their salaries and don’t have the extra cash to invest.” Mak cites a “senior guest advisor in Oklahoma” who “said she’d consider investing if she didn’t have student loans to pay off.” They all felt themselves far from the glamor and bling of Wall Street.

The GameStop saga isn’t over, but it has already revealed much of the surreal truth of an economic system that lives in a world of its own. It’s a world built around an exclusive club for the wealthy who had an open invitation to either gamble, for fun and profit, or fulfill their vocation of leadership and actively manipulate the system, motivated as much by the pleasure of feeling themselves in a position of power as for the promised gains. Now there’s the idea that something has changed, that an opening exists for a small number of enlightened amateurs. For a brief moment, they can hope to connect with their masters and share the thrill of doing the kind of things that the oligarchy does every day of their lives.

The Redditors who put together or joined the revolt against the hedge funds may or may not have begun with the understanding that they were making history. As soon as the panic began, the media ran with the message that a revolution was taking place. The future of the stock market would never be the same, they unanimously proclaimed, without having a clue as what that change might amount to. Most of them now expect that, at the very least, some of the rules of the game be rewritten.

Wall Street experts and the public clearly sense that beyond changes in the rules and laws, this is a moment of a tectonic cultural shift. Apparently, so do the professionals of the entertainment industry. The Verge tells us that both MGM and Netflix are already preparing to make a movie of the saga, possibly along the lines of the excellent film, “The Big Short,” that dramatized the events leading up to the 2008 collapse of financial markets.

Though far less spectacular than the 2008 implosion that saw Lehman Brothers disappear from the Wall Street landscape and left AIG teetering, the projected WallStreetBets movie will have elements of drama that simply didn’t exist 12 years ago. The screenwriters will be thrilled with the possibilities. The movie will obviously feature in its immediate background two other monumental historical phenomena: the COVID-19 pandemic and the denouement of the Trump presidency, culminating with the storming of the Capitol on January 6.

Production of either of these movies may have to be delayed since all three dramas are still ongoing and a good screenwriter has to have at least a sense of the projected ending. The oracle hasn’t been born yet to tell is, at this precise point in history, how any of the three may be resolved or whether they may, as the Hollywood producers probably hope, come together in one convincing dramatic, action-packed climax. With only one month gone, 2021 already appears as an exceptional year for anyone interested in historic shifts. 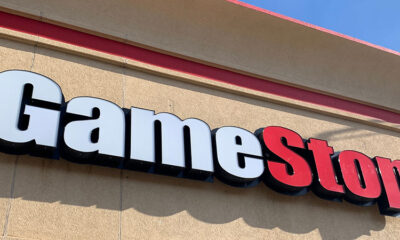 GameStop: Putting Skin Back in the Game 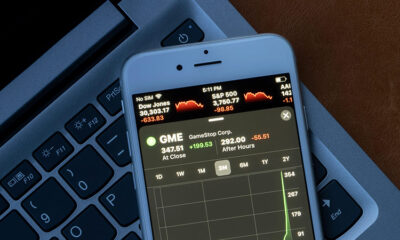