Demographic experts increasingly agree that the extraordinary trend of population growth that took place over the past 200 years has already changed course. Darrell Bricker and John Ibbitson, the authors of the book “Empty Planet,” suggest that a complete reversal of the trend may be at hand.

Writing for Foreign Affairs, economist Zachary Karabell predicts that a declining global population will most likely lead to the end of capitalism, at least in its current form. To avoid the worst, he suggests that governments seek to implement “policies that might preserve and even invigorate the basic contours of capitalism by setting much lower expectations of future returns and focusing society on reducing costs (which technology is already doing) rather than maximizing output.”

Anyone familiar with the way politics works in Western democracies will agree with Karabell when he notices the obvious. As soon as mention is made of such policies, the political class, echoed by the media, will greet them with cries of “heresy!” Given the way decisions are made today, intelligent planning aimed at managing what will, in any case, be a major paradigm shift appears is on no one’s agenda.

Karabell identifies the sources of resistance: “But those policies would likely be met in the short term by furious opposition from business interests, policymakers, and governments, all of whom would claim that such attitudes are defeatist and could spell an end not just to growth but to prosperity and high standards of living, too.”

Realistic (in a hyperreal society)

Cultures manage our mental landscape so that some words we hear or read have more resonance and impact than others and the sense they produce goes far beyond the definition in a dictionary. In the economic and political culture that has dominated thought in the West at least since the beginning of the Industrial Revolution, “growth” and “prosperity” don’t simply designate economic expansion and accumulated wealth. Both words carry with them the weight of a moral imperative.

We are taught to feel that we must constantly grow and we seek to be prosperous. In the West, someone who fails to make decisions on that basis and even dedicate their lives to those aims will be considered morally deficient. It’s the culture rather than the logic of the situation that obliges politicians to reject suggestions that may slow growth or reduce prosperity. This becomes particularly pernicious when people and the media accept the Dow Jones index as the privileged measure of prosperity.

Given our current ways of thinking and the categories imposed by our economic culture — growth is necessary, consumption and increased capitalization are good — no politician dares do anything other than ignore and reject policies that acknowledge the changing trends.

This is especially true when they involve serious paradigm shifts that will limit all future choices. In this case, the shift includes three major factors: the increasingly visible transformation of a planet disfigured by climate change, the demographic reversal that Bricker and John Ibbitson describe, and the effects on traditional employment of automation (artificial intelligence and robotics).

Decision-makers should start thinking about how can we not see that, when the world is undergoing such rapid transformation, it would be the height of irresponsibility to keep applying the formulas and modes of thought that temporarily made sense for a minority of humanity at an exceptional moment of history. If they were really wise, they would even question the idea that the rules of industrial capitalism ever really made sense, unless they could convince themselves that provoking an explosion of uncontrolled material transformation for its own sake (and for the profit of a few) could possibly be a sensible thing to do, even for a particular society or nation, let alone for the human race. Apart from Steve Pinker, are there any reputable thinkers that would not at least begin to question that idea and seek new orientations?

Pinker at least makes it clear that he has bought into the culture of quantification that renders our political and economic leaders prisoners of the religion of growth and prosperity. He treats it as a law of history, like a latter-day Francis Fukuyama who sees the processes of history, the teleology of progress, as being continuous and nearly complete. Pinker obligingly shows his cards when he tells us “the most interesting news is that the quantification of life has been extended to the biggest question of all: Have we made progress?”

Pinker reads history the way a trader reads the stock market and ends up agreeing, as a committed Panglossian, to quote The Beatles at their satirical best, that “it’s getting better all the time.” It’s a wonderful recipe for carrying on as usual and shrugging off the analysis of paradigm shifts as an unwanted distraction.

“Keep the faith” he is telling us. Reacting like God on the sixth day, Pinker “saw all that [Enlightenment history] had made, and it was very good (Genesis 1.31).” In his own words: “The gifts of progress we have enjoyed are the result of institutions and norms that have become entrenched in the last two centuries: reason, science, technology, education, expertise, democracy, regulated markets, and a moral commitment to human rights and human flourishing.”

In a challenging interview, journalist Mehdi Hasan managed to force Pinker to admit to holding a very narrow vision of history based on the obsessive reading of data and nothing but data. Pinker recognized that his thesis could be overturned in a moment by nuclear holocaust, but even that didn’t allow doubt to creep in. Nuclear disaster apart, the current data on demography could turn out to be just as decisive in invalidating Pinker’s faith in the status quo.

Karabell’s article contains another paradox that highlights how unprepared we are. “Some societies, such as the United States and Canada, are able to temporarily offset declining population with immigration, although soon, there won’t be enough immigrants left.”

How prepared is US President Donald Trump to take advantage of the opportunity of immigration? With half of the US now convinced that immigration is evil and that any politician who would suggest otherwise must be the agent of Satan, the obstacles to adjusting and saving a sustainable version of capitalism appear insurmountable. If the clique of decision-makers in business and politics resists the kind of reform that can save an ailing system and half the population refuses it, how much room for optimism is left? 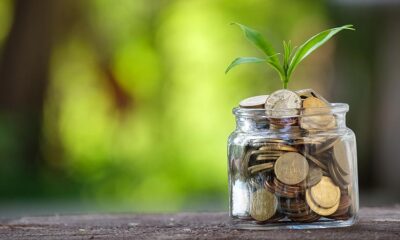 The Path to Growth Is Industrialization, Not Exports 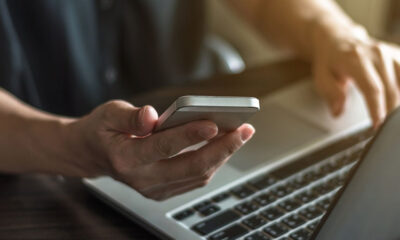 Is the Internet Increasing or Decreasing Productivity? 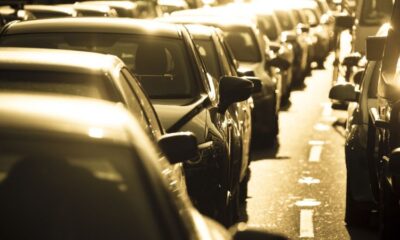